The February holidays are approaching, and some of you will be heading to the resorts: why not drop your skis for a few hours to dive to an altitude of 2000 meters in water at 3 degrees, and finally discover ice diving. ? 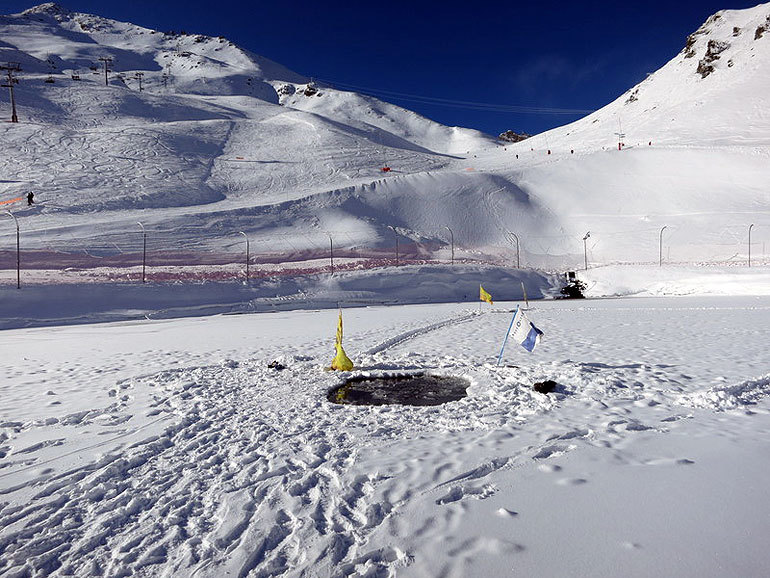 A DREAM OF NEOPHYTES

You don't need to be used to extreme cold and extreme diving to experience the thrill of ice diving. Even if your experience as a diver comes down to the warm waters of the Red Sea or the Maldives, even if you've never dived in dry clothing, you can dive under ice. “Surprisingly, explains Patrick Mevel of Piau-Plongée in the Hautes-Pyrénées, only 50% of our audience is certified. Emotionally, it is not trivial to have a first dive. Doing it in addition under the ice really leaves an unforgettable memory. it also often makes participants want to continue on a more “classic” site and seek a diver's certification. " 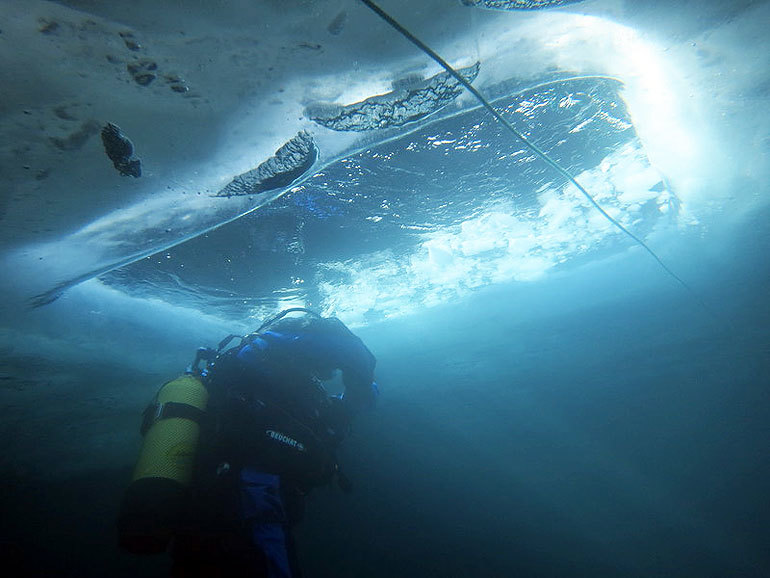 NO NEED FOR EQUIPMENT

All the structures that offer the activity, and Piau is no exception, take care of everything: small equipment, balaclavas and gloves, but also cozy under-suits and dry clothes. No need to have dived in waterproof, you stay anyway a few tens of centimeters below the surface, guided by the monitor who does not let go of an eye. It is therefore also an opportunity, for those who have never tried a waterproof, to discover this somewhat confusing sensation the first time, without having to manage its buoyancy here. “The only thing we recommend,” explains Patrick, “is to come with a good spare pair of thick socks”. Those who have a mask corrected for their vision of course also have every interest in coming with it. 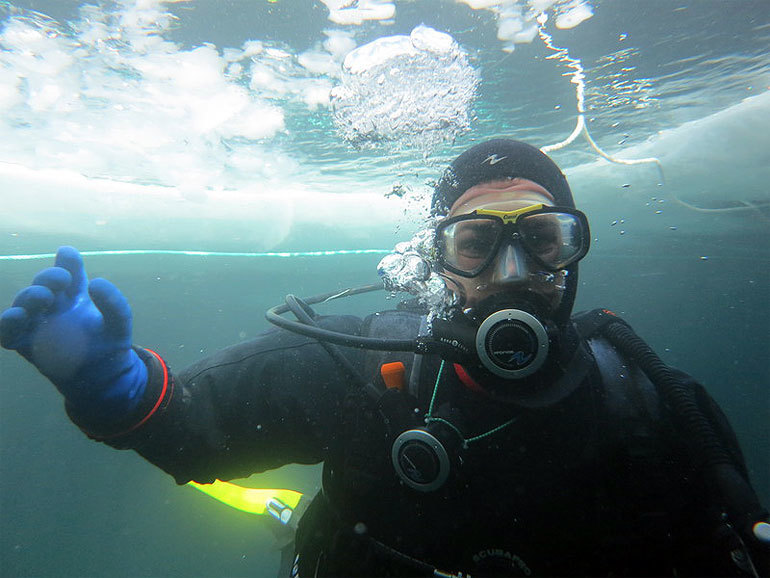 And far from the idea of ​​extreme sport, the activity is in fact extremely safe: the lacquer does not exceed five meters in depth, so it is a question of no-decompression dives. And the presence of a breadcrumb trail installed on the course will end up reassuring the most worried. In addition, in Piau as elsewhere, several safety holes, except the one used for launching, allow you to regularly surface if you are a little worried by the thickness of the layer of ice. 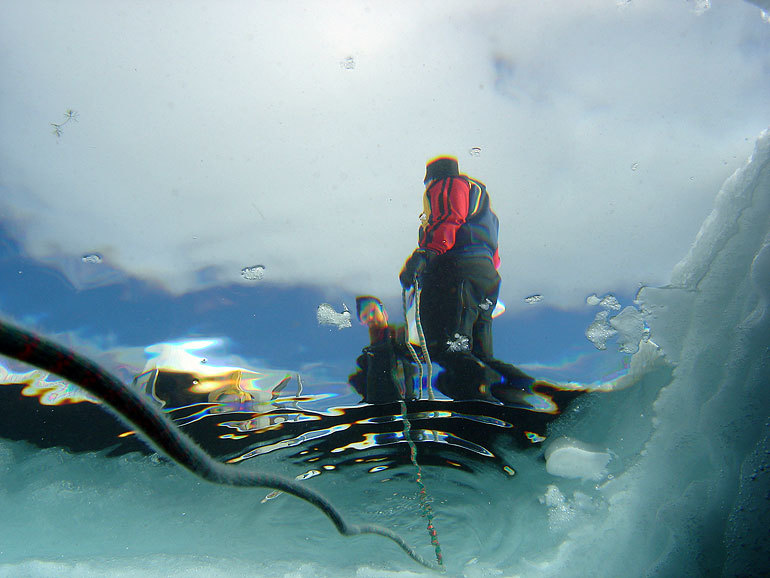 LAQUETTES ON BOTTOM OF ROCK

In general, ice diving is practiced in what are called "lacquers", small very shallow ponds, with a rocky bottom covered with a thin layer of powdery silt. In Piau, the lacquer is in fact a natural water reservoir used by the local ski resort to make snow when it runs out: in this case, the level can also drop considerably, and prevent any diving. within a few days. 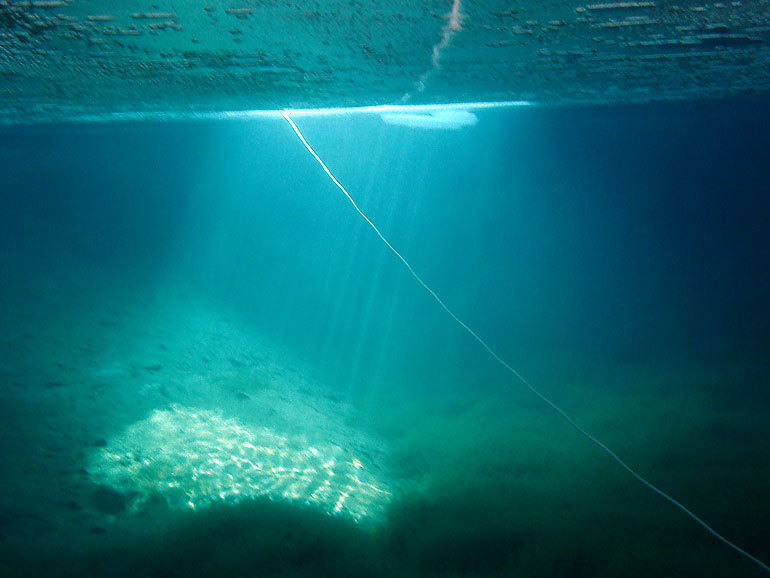 THE SHOW IS ABOVE YOU

Unlike a classic exploit, where we would rather open our eyes by scanning the bottom and sides, it is at the top that it happens. There are quite a few trouts, they are also curious and often come to stick to the divers, but the spectacle is elsewhere: in the play of light, the bluish transparencies, the green reflections, through the layer of ice that separates you. from the surface for a few tens of minutes. The imprisoned bubbles that slide under the frozen ceiling, the reliefs sculpted by water, give the feeling of entering another world.

For obvious safety reasons, ice diving is practiced in small groups. And if the club of Piau welcomes groups up to 14 people, only one team at a time explores the lacquer, and the baptized are of course entitled to a particular monitor. The site is designed for the comfort of divers, a heated room allows you to change quietly, but also to wait for his turn while having a tea. 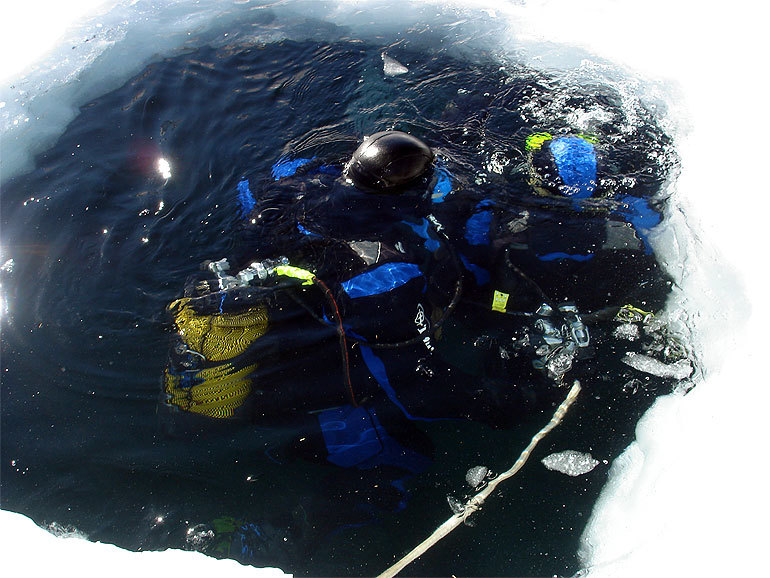 FOR THE PLEASURE OF THE WALK

More and more resorts, whether in the Alps, the Pyrenees, the Vosges or the Jura, are now offering the activity. And trying ice diving is also another way of discovering the mountain, taking advantage of an unusual walk to reach the site: in some stations, you will have to get there by chairlift. Elsewhere, like here in Piau, you will have the choice: it will be on skis, or on snowshoes, or even comfortably installed on a snowmobile. 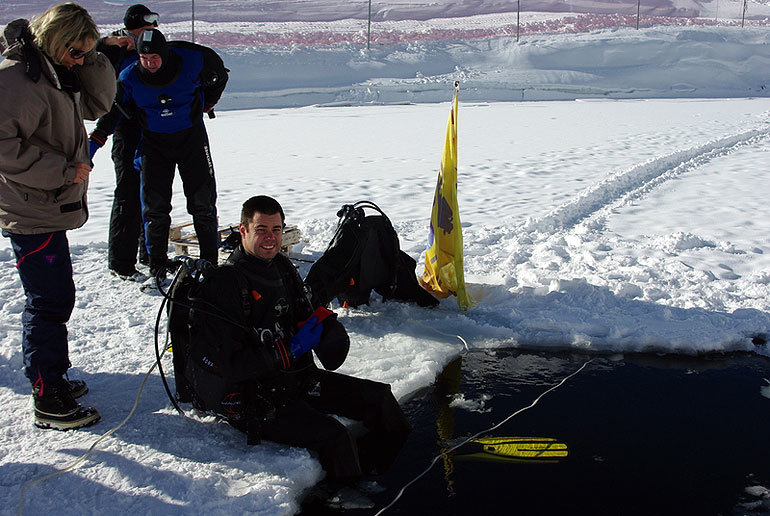 Patrick Mevel has been a professional instructor since 2004. He works in the summer in the Arcachon basin but also in Thailand. He also worked under ice in Haute Savoie. Maël Rabeisen has been a professional instructor since 2011. He has worked in the Arcachon basin and in the Hautes Pyrénées. Pascale Amrani takes care of welcoming customers. She is a PADI dive master. All the dives take place under the ice, from December to March, but the club also offers waterproof and altitude specialties.

For the record, it is in this slice that the Scubster, the little yellow submarine who won the innovation award last year in the United States during the great race of human-powered submarines, was carrying out its first tests of electric thrusters, under ice. We imagine the submersible pulled by a snow scooter and guided by a tracker. The goal was to test the resistance of the machine to extreme conditions, to see if it would be able to conduct Arctic exploration missions planned for 2013.

Diving: heading to the Philippines

Of course, guards who close their eyes, for some may be in the pay of poachers, authorities who bayonenr the center managers by making them dangle the cancellation of their work permit !!! Yes it's not easy, I don't really know what to do, either, behind my screen thousands of kilometers from Sipadan ...

If we do nothing, there will be no more reason to dive there, so no more clients for the centers, and as a result, no more centers !!! But beyond basic economic thinking, we will have allowed species to disappear, and our planet to die a little more.