Albert Falco and Alain Foret publish with Gap editions “Sormiou, blue cradle of my memories”. A book where personal memories and the history of underwater exploration are intimately intertwined, where the little story also joins the big one, where we see how much of Albert Falco's life comes from his childhood. 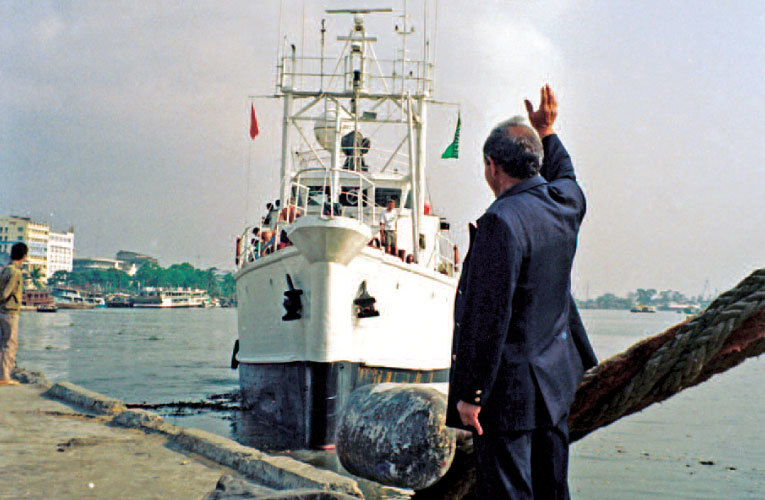 Those who have never spent a spring Sunday in Sormiou, when the turquoise waters of the calanque are slowly starting to warm up, may understand less well. But Sormiou is a promise, a call from the sea, an enchantment! And that's where Albert Falco tried his first fins; there that he spent hours as a child on his parents' boat; there that he slept in the tranquility of the shed, hard at work to leave at dawn to explore his cove; there he became this magnificent young man who proudly poses with takes from another time.

COULD HE BECOME SOMETHING OTHER THAN CAPTAIN OF THE CALYPSO?

This book is the story of his life, from the 30s of his birth to today, but it is also a story of diving and the love of the sea. Because we discover over the pages that those with whom he shared his wonder were called Georges Beuchat or Denis Martin-Laval. Because the young people of the time became the pioneers of underwater exploration, and Albert Falco, by becoming the captain of the Calypso, became one of its figures. 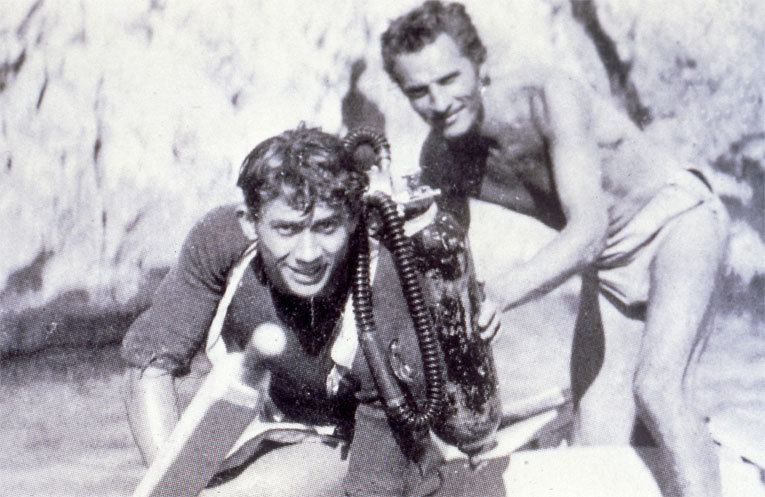 A WORK IN THREE PARTS

The book is constructed in three parts. In the first under the title "Sormiou, blue cradle of my childhood" we discover, through the childhood and early youth of Albert Falco, the whole history of the cove. In the second, entitled "the call of the sea", we witness the establishment of an extraordinary destiny, punctuated by decisive encounters and chances that are decidedly not. To achieve the meeting that will irreparably mark his life, when he takes part in the excavation of the wreck of the great Conglu. Finally, the third part, “20 hours under the sea”, traces the adventure of Albert Falco at the controls of the Calypso. 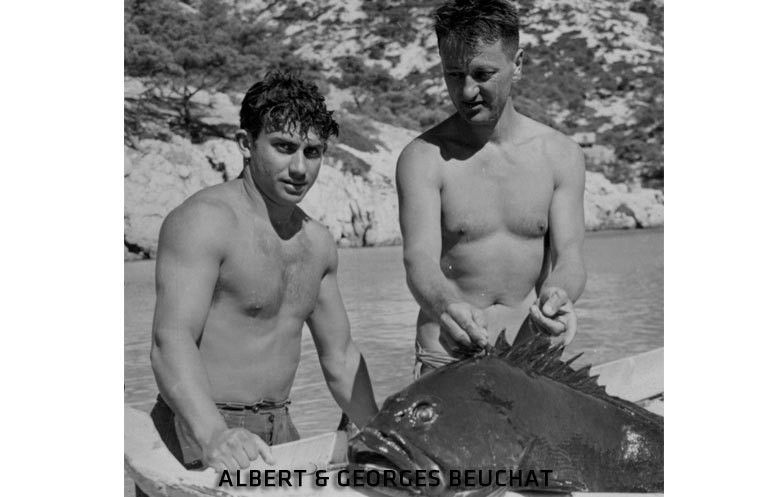 OUR CAPTAIN TO ALL

Alain Foret, well known for his works in the series "Plongée plaisir", probably started (like the oldest among us), perhaps even before owning his first pair of fins, by dreaming the Sunday after- noon in front of the adventures of the Cousteau team. And if he too at the time did not dare dream of knowing Bébert, he was part of his life, undisputed model of a whole generation of future divers. We all left for Aldabra in the 70s. We have all discovered for the first time the shores of the Red Sea and the Mozambique Channel. And it was Albert Falco who took us there. Our captain to us.

What we did not know, unconditional spectators of his long journeys, was his kindness, his humility, and all those who have already met him will not contradict me. Albert Falco is one of those men who cast a benevolent gaze on others, and whose successful career has not turned its head. Perhaps also precisely because it has roots, well planted in the soil of Sormiou. And if the book, through the life of Albert Falco, traces a good part of the history of the pioneers of diving, it is anything but backward-looking. It is a testimony, for the sake of transmitting what has been done before to be able to better understand the future: at the end of the book, Abert Falco has also chosen a photo taken in Sormiou with his three little daughters. , a way of telling us that it is always towards the future that we must look. 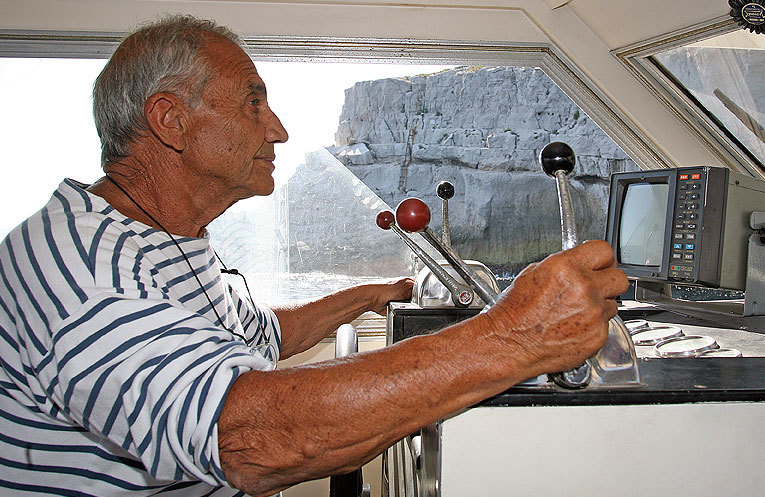 A BOOK BUILT ON A FRIENDSHIP

For a long time, Alain Foret and Albert Falco crossed paths, following events dedicated to the world of the sea and diving. Then came together defending common causes. And for a dozen years now, they share travels, vacations, discoveries, between Sormiou and the waters of Martinique, and finally common memories.
His childhood, Alain Foret spent partly on the shores of Morocco. His family had a shed by the water and life flowed there a bit like in Sormiou, without water or electricity, with donkeys to transport the goods. The landscapes are different, but the emotions are the same. 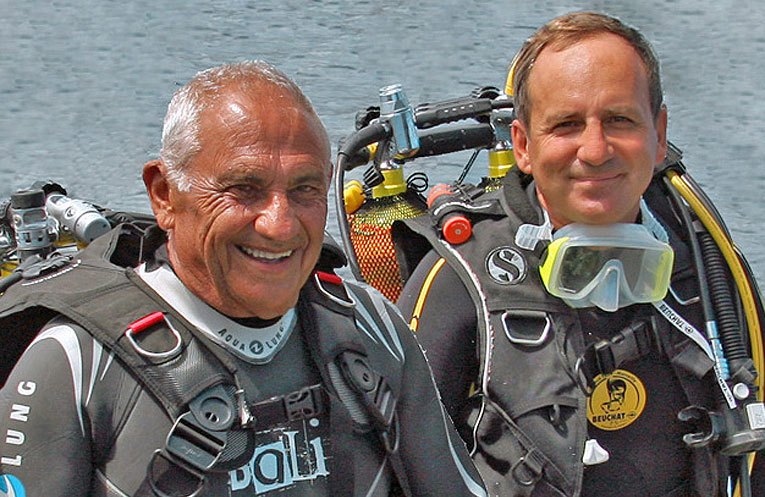 A WRITTEN TEXT IN FOUR HANDS

"Sormiou, the blue cradle of my memories" has slowly matured between them, as if it was being made little by little in their heads before coming to life on paper. Written in four hands, fed by texts written by Albert Falco years ago but never published, straight out of the logbooks that the captain of the Calypso has held day after day since 1952. This book, for all lovers of the sea, will have a taste of salt and nostalgia, warmth and adventure, dreams and simple happiness. Like a Sunday at the creek.

GREGOR TÖRZS: The master of light ...

“ZIZI”: A PIONEER HAS JOINED THE STARS

Nicolas if you want to know a little more go to Plongeur.com where I had discussions about the Protée, it will have fun ...