Home All SectionsNews WRITE TOGETHER A NEW PAGE OF SUBAQUATIC EXPLORATION!
News

WRITE TOGETHER A NEW PAGE OF SUBAQUATIC EXPLORATION!

WRITE TOGETHER A NEW PAGE OF SUBAQUATIC EXPLORATION!
We live in a world where technology and innovation have flourished for the last 30 years. Technological progress continues to increase, giving rise today to the implementation of real immersions, via Virtual Reality (VR), present in many sectors today such as health , education, or video games. And why not diving? 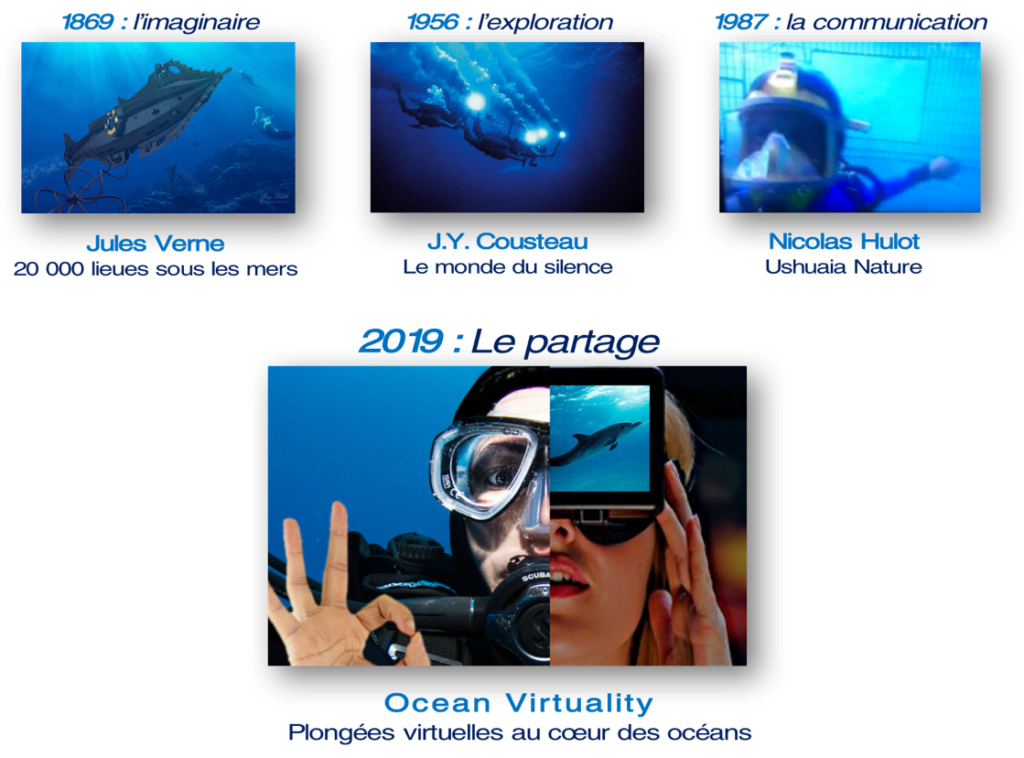 Our Ocean Virtuality project aims to combine scuba diving with technology, with the idea of ​​enabling access to the oceans for everyone!
To enable the realization of our project, we are based on a concept that is both trendy and ambitious: to bring a tele-virtuality headset to the user, who can follow in real time or in rebroadcast (streaming), a diver realizing his underwater excursion, carrying a telecommunication system: the Dolphyn 3DVR, specially designed by VirtualDive in partnership with Click-Dive and Ocean Group (Melbourne).

The implementation of the project involves a crowdfunding campaign (via crowdfunding), via the KissKissBankBank platform: the funds raised will be used initially to finance the production of the Dolphyn 3DVR system.
Finally, thanks to the funds raised, the technology then produced, we have the will to organize diving events to make you live experiences out of the ordinary, first in France, then in the rest of the world as in Australia.

That's why we rely on the support of the divers' community to help bring the concept to fruition. Indeed, no matter your gift, you will be thanked for your generosity! Here is the link of our crowdfunding campaign if you wish to support us
We thank you in advance and hope you will talk about Ocean Virtuality around you!See you soon for future virtual dives, To your masks, ready? participate!
The team of Ocean Virtuality
follow us on Facebook
0 comment
1
Facebook Twitter Google + Pinterest

Tanzania, Diving with Lake Tanganyika Fish: Mission of a lifetime!

I HAVE NOTHING AGAINST TURTLES by Francis ...

find a name for both albino alligators

“TOGETHER FOR THE SEA” NEEDS YOU