Home All SectionsDiving Survey THE WORLD OF FREEDIVING: A BOOK, AN ADVENTURE ...
Diving SurveyNews

THE WORLD OF FREEDIVING: A BOOK, AN ADVENTURE ...

How, after more than twenty years of scuba diving getaways, come to realize a book on apnea? Is not it a little "unnatural"?
"In fact, it is rather a return to the sources", confides Philippe; “When I began to work alongside great champions like Tanya Streeter, Loïc Leferme and Fred Buyle during the world championships in 2000 to produce the images, I looked like an elephant in a porcelain store, surrounded by pipes, bottles and other regulators… ”. Then it was over the years that freediving became again a way of maintaining my physical shape, and I found an ease of evolution and a feeling of freedom that I had forgotten. With an eye always turned on the world of freediving, I was then able to discover the reports of Fred Buyle. While discussing with him, names came up frequently: Pierre Frolla, Stéphane Mifsud, Claude Chapuis; and thanks to the latter, I learned to imbibe myself with the philosophy of the environment, and I was convinced that the project was not so utopian. Reporting companion for nearly twenty years, Alain Pochon and I offer a synoptic to Gap Editions and after some discussions we sign a pre-contract. " 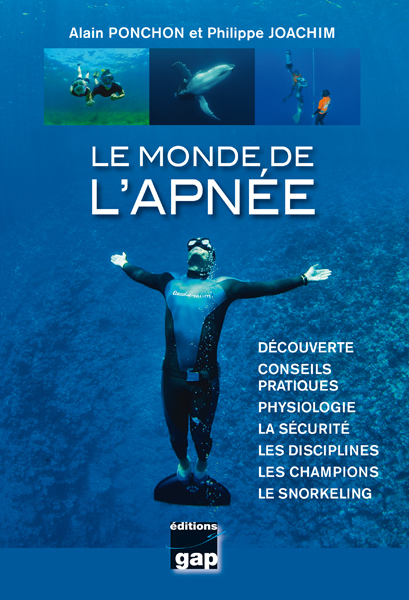 Here is the summary in a few pages of a four-year adventure dedicated to the discovery of a discipline that the greatest now call the art of living: Apnea.

It all started in October 2010, at the World Festival of Underwater Image in Marseille, where we had just received our second Gold diver in the category reportage. Philippe already had in mind a project on apnea, but we thought more of a report than a book. But on reflection, why not? The presence on the spot of Pierre Frolla, Stéphane Mifsud, Guillaume Néry and Fred Buyle, with whom Philippe had already worked, comforted us in our approach. Yet a problem arose: how to bring together so many strong characters, no pun intended, in the same book? It was not won yet. We expose the project to our publisher, Gap editions, which we once again trust, on one condition: make a book for the general public, containing as much information about the practice of this discipline, not a simple exhaustive list of the champions of the moment. 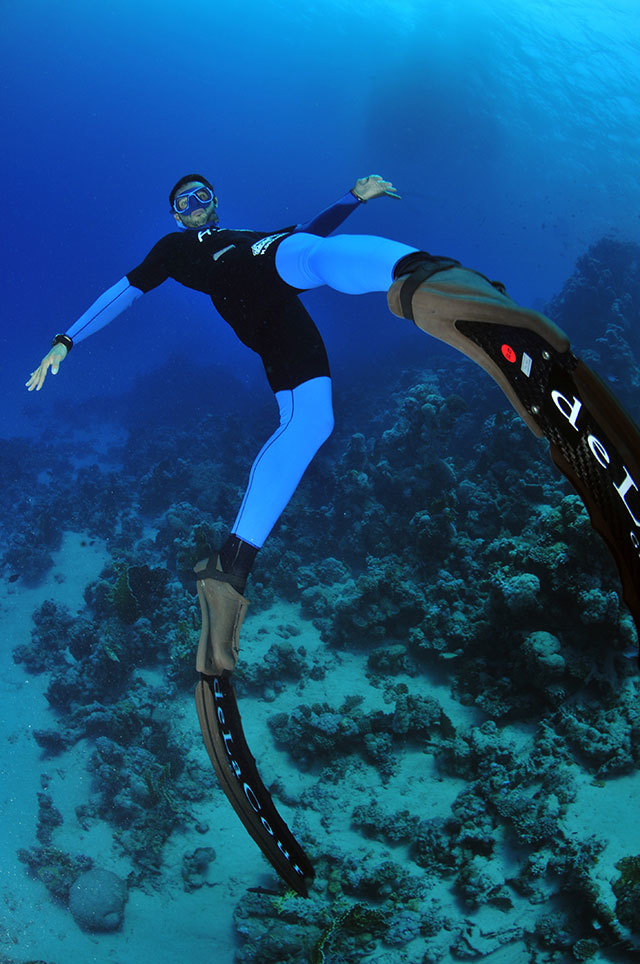 Everything will come to fruition at the Paris Diving Salon in January 2011, when we meet Umberto Pelizzari, who agrees to preface our future book, which will bring him some credibility. It remains to define a structure as complete as possible, and that will captivate the reader: a great challenge! From one thread to another, after countless trials, we agree, but the task seems enormous. Philippe then contacted Claude Chapuis, today President and one of the founders of AIDA, the International Association for the Development of Apnea. Not only will he be the source of many contacts in the freediving world, but he will also advise us on the road to follow and the mistakes to avoid. In addition, it gives us the opportunity to come and share with other photographers like Fred Buyle the 2012 World Championship  which will take place that year in St Jean Cap-Ferrat. A very promising report because the image bank for our project will be necessary for the future. After carefully defining a work plan, we reach the surroundings of Villefranche-sur-mer to make the images we need, and there are many. 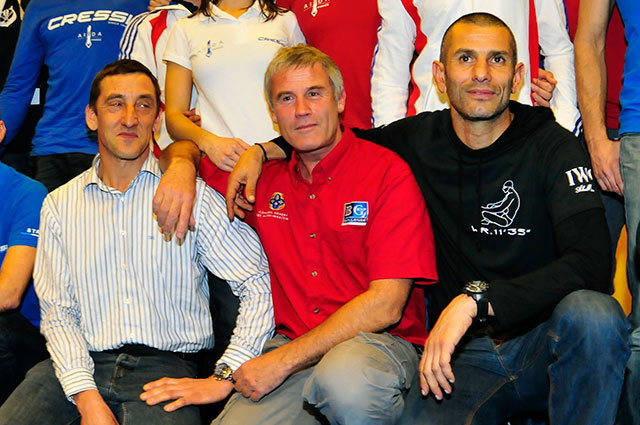 Here we are soon on the pontoon moored at sea which serves as a base for the competition. As it is now obligatory in apnea for photographers, Philippe gets into the water and I do my paparazzi on the surface, trying to interfere as little as possible. If Philippe already has the experience of several world championships, I personally discovered the event: the atmosphere there is particular, both zen and concentrated, but does not exclude a certain combativeness, which remains however controlled. More than 30 nations compete. We see athletes from all over the world parade: Americans, Russians, Israelis, Swiss, Czechs, Japanese, and of course, French. Memory cards fill up quickly, to our great satisfaction. The next day, the selections continue at sea, but the wind picks up and finally the event must be canceled to our great regret because we were waiting for Guillaume Néry. 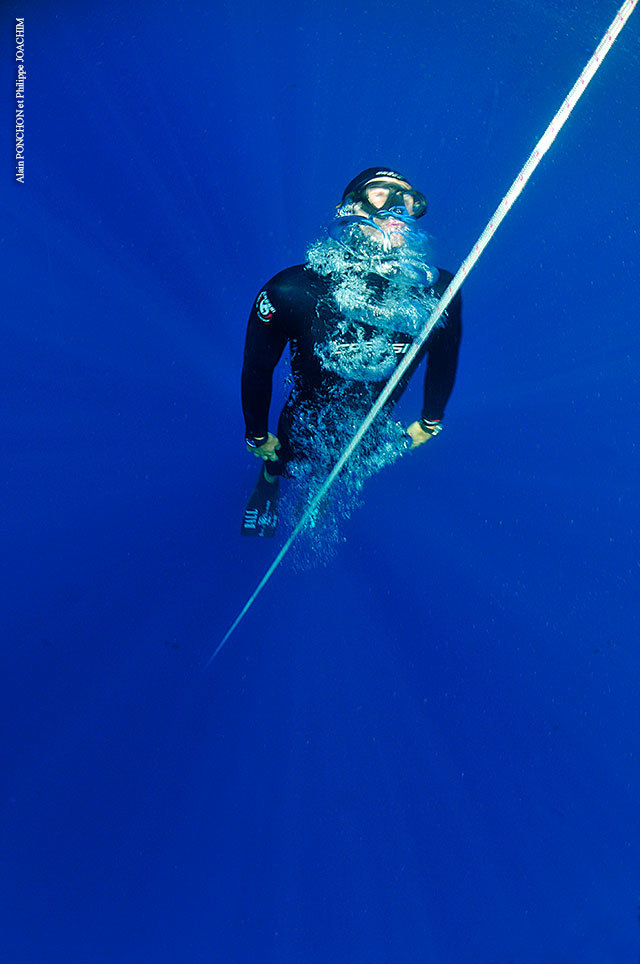 Suddenly, we join the swimming pool of the university where the dynamic apnea tests take place. That day, in training, luck gives us a little boost by making us cross paths with Russians Natalia and Alexey Molchanova, who lend themselves in a very nice way to the game of the interview and the photo shoot. . For the anecdote, Natalia Molchanova is the holder of eight world records in 9 disciplines: all she lacks is the No-Limit. A real phenomenon in the apnea planet. And his son Alexey seems set to follow in his footsteps ... Just like on the pontoon at sea, Philippe immerses himself, while I watch the event on the banks of the basin, where there are beautiful people: besides the Molchanov family , we can recognize Alice Modolo, Morgan Bourc'His, Guillaume Néry, and many other rising values ​​of the apnea of ​​tomorrow. A year passes, during which we continue to store images and interviews, and here we are again at the Paris Diving Show. We are in January 2013. For the occasion, we have set ourselves a target… normal, for photographers, to bring together most of the great apnea champions of the moment on the same photo, a bit in the spirit of this famous shot appeared in the review Salut les Copains where all the stars of "Yéyé" at the time had posed for the photographer Jean-Marie Périer. 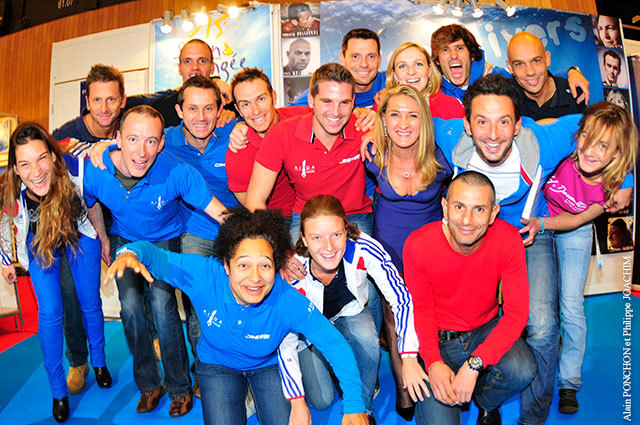 Sacred challenge, which we almost succeed: only Herbert Nitsch misses. But we will double the shot by realizing the same shot with the FFESSM, the team of France Apnea posing around the President Jean-Louis Blanchard, surrounded by his executives. 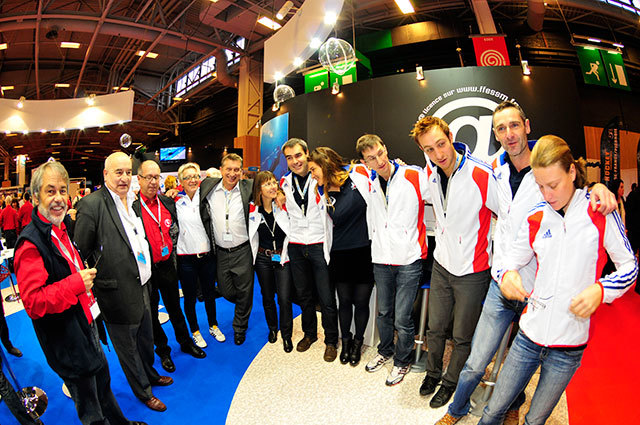 This same show will bear fruit, because we will conclude a very interesting partnership there. This will allow us to go to Polynesia to take pictures of humpback whales that we will include in the animal chapter, thanks to the support of Air Tahiti Nui and the company TopDive. Good news rarely arriving alone and thanks to our friend Philippe Lecomte, the company Aqualung, already a partner in the re-edition of the book “100 belles diving Varoises”, will help us by providing us with equipment for our project. 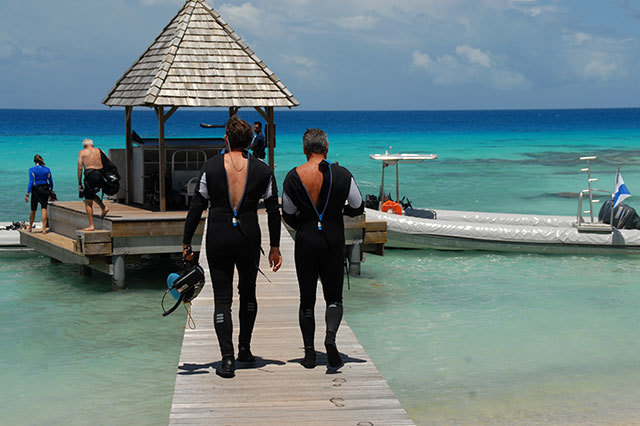 The year will pass very quickly, between trips and appointments, including to participate in several freediving courses organized by an expert in the field, Pascal Huron, Nice and Carry le Rouet. Thanks to this close collaboration, it will allow us to structure the chapter devoted to training, which was not necessarily the simplest. An ultimate but necessary photo shoot at Carqueiranne will complete the pedagogical part of this chapter. 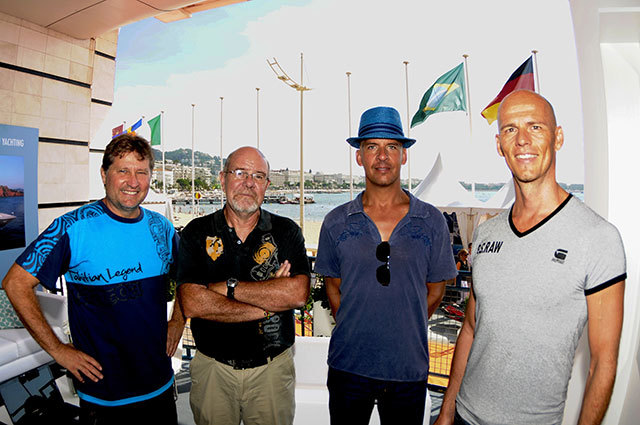 Another wink: that day at the lunch break, we find quite by chance Cyril Paulet, former coach of the France AIDA team, to whom we give news of the project. He agrees to participate to tell his coaching experience at the 2008 World Championships, where the French came back gold medalists. September is already here and there is still work to do. But we have a unique opportunity to meet Herbert Nitsch at the Cannes Boat Show and no question of missing it! He gives only a few interviews, especially since his accident. It's always a great time to meet a champion of this size. From the first contact, Herbert shows himself relaxed, cordial and prolix in explanations! Of course, he will not reveal all his plans, but he admits to start training again. As for a new record attempt, it is still too early to tackle the subject. Coincidentally, Herbert is accompanied by Rob King, who is none other than the Vice President of AIDA International. We carry out his interview, which will however have to be validated by the AIDA board before insertion. Suddenly, the book takes on another dimension, which we did not expect ... 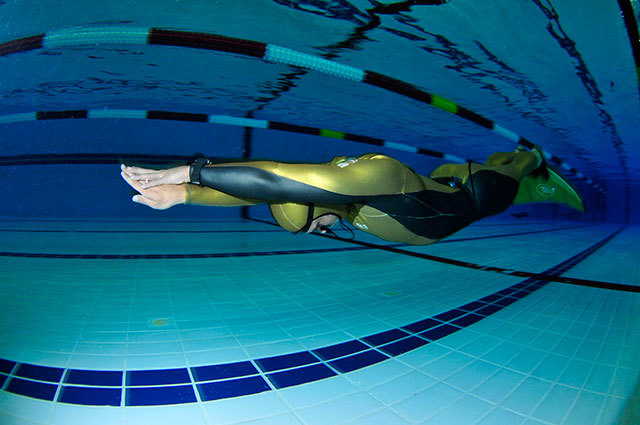 In conclusion, all these champions constitute a formidable showcase of the discipline. They succeed to live their passion, but also to advance the sports or leisure apnea. Yes, apnea is a magical world, where the word is pleasure ...

Two months later the deadline is reached in extremis. The know-how of our friends at Gap Editions turned the adventure into reality, and after many readings and re-readings of the manuscript, the BAT left for the printer.

Four years have passed since the very first meeting ...

Alea Jacta Est, and see you at the Paris Diving Salon !!

We'll meet again in four years for the next book ...

THE HISTORY OF THE APNEA
BABIES SWIMMER
THE APNEA, A LOISIR, A PASSION, A PHILOSOPHY
THE PHYSICIAN'S POINT OF VIEW
THE PHYSIOLOGY OF THE APNEA

HOW TO CROSS THE MIRROR
• The management of the effort
• Buoyancy, "an asset to master"
• Hydrodynamics or the brake of the head
• The keys of an effective duck
• The kicking
• The preparation of his apnea
• The mind and apnea
• The desire to breathe, friend or foe?
• What quantified objectives do you expect with this method?
• The compensation

SAFETY IN APNEA
The syncope

EQUIPMENT
How to choose your equipment?

THE APNEA IN CLUB
• A reference club: the CIPA of Nice
• A club of "the interior": Corail Sub Moulins
• A Mediterranean club: Espace Mer in Giens (83)

GLOSSARY
REFERENCES
MAKING OF AND ACKNOWLEDGMENTS

PASSERELLES FFESSM - PADI… it's over…

i think film writers should instead take a cue from a recent documentary film which is ocean when you see divers filming a white shark without the diver being attacked i think there is a lot more dog attack ill-trained by the man who taught him the violence that shark attacks. Gentlemen, it's up to you to think and let's not forget the human being is an idiot in a pack but intelligent alone.