33% of French people are overweight, and 10% (6 million people) are obese. According to figures from 2009 obesity has almost doubled in thirty years, and the population of divers is no exception: starting from the idea that the most "plump" desaturated less well, the Marseille company physio-extrem has developed decompression tables taking into account the BMI.

We all know roughly what is a Body Mass Index, the ratio of our weight and height in centimeters, squared. Its analysis depends of course on our musculature, our frame, more or less heavy, but this index nevertheless gives ranges that allow to define an overweight, usually established from a BMI greater than 25. 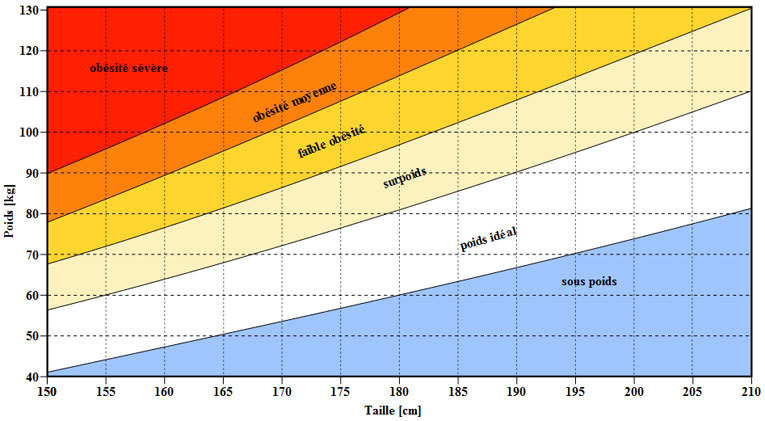 BUBBLES IN THE GREASE

Being overweight, as long as it does not induce particular pathologies, is not a contraindication to diving, even if the aptitude check must also take this aspect into account. But the fatty tissues “trap” the gas in a way more, the bullary level is higher, and the desaturation does not take place in the same way. Physio-Extrem has therefore developed dive tables that increase the duration of the stops, depending on the BMI. Several columns allow everyone to locate themselves, and to adapt their decompression. Two versions are available, Air or Nitrox 32%. 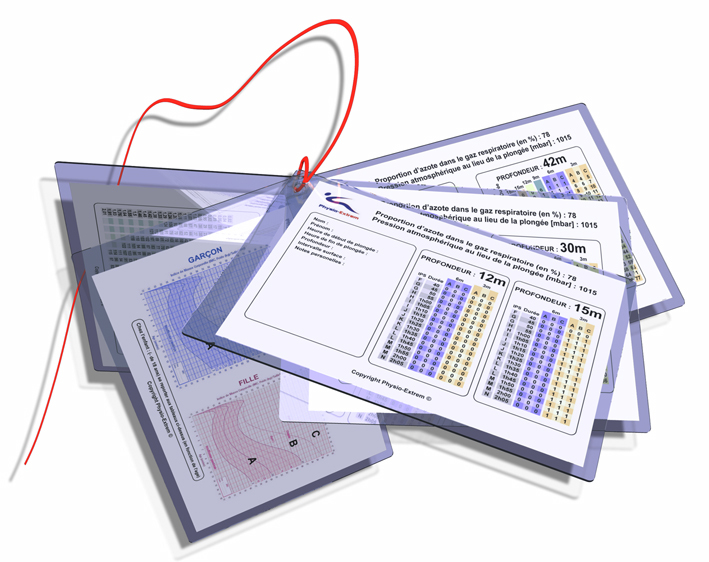 Since 1975, in France, the Dop Pler Bubble Detector has made it possible to control professional decompression programs in very different situations, thus contributing greatly to the improvement of safety procedures in sport diving. “It is now certain,” explains Pascal Zénatti of the Physio-Extrem company, that the safety of the diver is all the greater as the degree of bubbles detected is low (Code of Spencer and Johanson). As a result, detection by the DOPPLER effect of circulating bubbles currently remains the most effective method for improving the safety of divers. The objective set during the realization of the Physio-Extrem table was to allow overweight or obese divers to exit with the same degree of bubbles as divers with a BMI below 25. ” 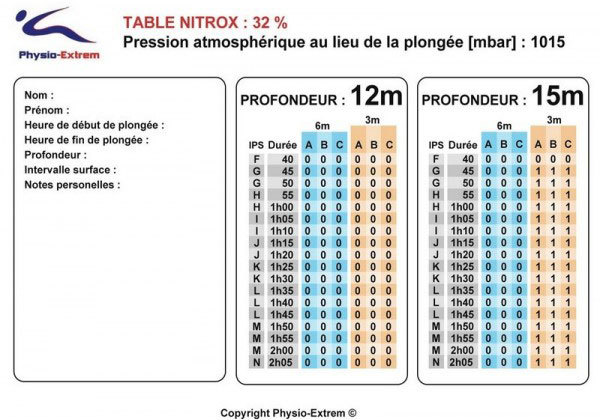 The lengthening of the bearings bears on the depths of 6 and 3 meters, which would seem the most likely to improve the quality of the desaturation. Of course, it will vary depending on the individual, but it is a precautionary principle. With regard to deeper levels, an increase in their duration would not help the desaturation, on the contrary it could supersaturate certain tissues. The best solution, even if these tables can improve the safety of overweight divers, would still be to strive to return to the standard of weight, and to avoid as much as possible to dive outside the safety curve.

The Proteus: Tale of a loss

Well!!!!! when I was talking about level 1 padi I meant open water of course, but I'm fed up with these English words, even though I practice Shakespeare's language a little. Badly worded my humor? don't worry, I have another one on CMAS and this greasy to all of you who have strength to take you seriously have confirmed me in the idea of ​​trying to cheer you up! a man who has no more dreams is an old man before his time. An adult who has no more humor is a boring person! tell yourself one thing people who take themselves seriously there are plenty of cemeteries. It is also only there that we are all equal. I started diving with an N1 a long time ago at club med. When we were celebrating a patent, we drank champagne while standing in circles under the water. It was magical because with the pressure the champagne stayed in the bottle. You could even think that it was an educational tool! in any case we remembered it. Now it is even forbidden to take a bottle on a diving boat —————— but where are we going? ————— more traditions ———— more fun ———————- more user-friendliness ———————–but the race for money and say that there are people dumb enough to accept this. I have even seen cops in Guadeloupe controlling divers underwater. Fortunately they did not control me otherwise I gave them a sign that he could not refuse at 40 and since they had a simple fenzy it was not won. Of course if no ascent I will have lodged a complaint against this gendarme .——————. Obviously I also took the cabbage with the head of the center to whom I still left some 1000 euros. No matter how much I explained to him that I was doing more than 10000 km so as not to be pissed off, I don't think he understood. Tell yourself one thing, freedom is a precious good that must be defended every day. It's not just our sport that is getting really boring. Formerly I was a skydiving MF with the common core of sports educator. With some 600 jumps to my credit. Wanting to reconnect I went to Spain to jump. Do you know what the guy on duty told me? OK we take you and we do a tandem after of course a sloppy instruction. obviously it is profitable it costs about 350 to 400 euros. As I disagreed I said to him “would you please look at my logbook” answer no it's not worth it. If you want to jump classic you first pay 1000 euros and you start all over again. But where are we going? if I am telling you that, it is because sport is now structured to make money all over the place, without taking the value of people, nor taking into account the fact that it is also a hobby. If we have to be pissed off all week and in addition start over the weekend I understand that some have lost all sense of humor.! You want some controversy you will have, although that was not my goal at all. Padi has something else to offer than a big swig of Ricard once on the boat, say Nicolas. Well excuse me for telling you Nicolas but they are living dead !. besides there are some who forgot to live and who died before their time! this poor Cousteau must be turning in his grave. There is only one area where they are alive and well, it's to ask you for your credit card !. I don't want this Anglo-Saxon system. As for criticizing the French for their associative clubs, at least they are often volunteers who use their time and their knowledge, and we are at least sure that they do not do that to grow fat on the backs of poor idiots who are stupid enough to be bamboozled. And yet I am not a club. Besides, it is unfortunately not even more certain that there is a good atmosphere in these clubs. So you have my truth each has its own, and of course I respect that of others as long as it does not take away my freedom.