UNESCO's commitment to preserving our cultural heritage is not limited to the riches of the earth. The international organization also looks at our underwater heritage, and considers our seas and oceans to be "the greatest museum in the world". And count on millions of divers from all continents to participate in its safeguard.

A few sites around the world already have the UNESCO logo, meaning that they are considered by the organization to be of major historical interest. There are thus the former port of King Herod in Caesarea, the Florida maritime heritage route, the Australian maritime heritage route, and the Nordic Blue Parks in Sweden: a diversity of eras, places and ways of highlight our underwater heritage, which clearly illustrates Unesco's will.

THE DREAM OF HEROD

Under barely a few meters of water, in a sheltered bay between Tel Aviv and Haifa, immense columns, the remains of imposing docks, overlooked by a magnificent amphitheater and the ruins of the ancient city, on the ground. It is one of the oldest diving courses in Israel, right in the heart of Caesarea National Park: Sebastos, the deep water port built in 22 BC. AD by Herod, then king of Judea. Herod, by building it, realized his dream: a large port for the trade of luxury goods in the Mediterranean, with quays, warehouses, breakwaters, the first artificial port of this scale, built on a coast without natural protection . But very quickly, without knowing exactly why, geological fault, tidal wave, instability of the sandy soil or even the weight of the structure as such, the port sank. From the XNUMXth century AD. AD the port was no longer usable.

DISCOVER IN DIVE OR APNEA

Created by the late Prof. Avner Raban, the underwater courses allow you to discover the ruins of the submerged port. The four circuits are marked out by some 28 educational panels describing the main sites of interest, thus allowing the public to imagine the wonders of this Roman maritime architecture and to relive the two thousand years of existence of this port. The local diving center offers a variety of services and courses related to scuba diving. 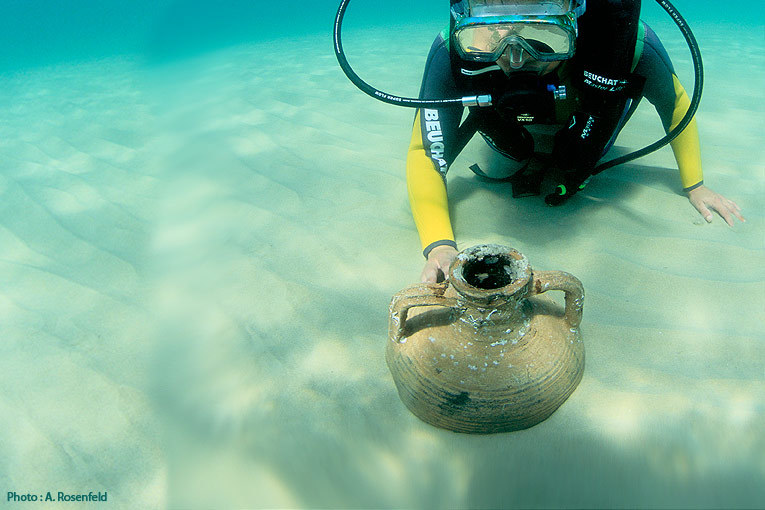 THE COURTHOUSE OF THE FLORIDA MARITIME HERITAGE

If the site of Césarea is concentrated on a few thousand square meters, and only around the first centuries after Jesus-Christ, the Florida course is based on a completely different approach: it is about a whole series of places which each illustrate in their own way the region's links with the sea, but over several thousand years. There are wrecks as well as historic ports or sites linked to human communities.

A FIFTH OF FLOWS TO VISIT

The "Florida Maritime Heritage Trail" stretches from the Pandhandle region to the Keys archipelago, and offers tours of fifteen wrecks, most of them located in shallow water. One finds there in particular a Spanish galleon, the Urca de Lima, victim of a hurricane in 1715, an American sailboat having played a heroic role during the Spanish-American war, the City of Washington, a steel ship with two masts sunk in 1917, or even a German yacht, the Benwood, sunk in 1942. For each wreck, educational materials specifically intended for divers and snorkelers allow to combine in situ discovery and historical knowledge. The aim is also to make the diving public aware of the fragility of the sites. Always with the same message: "take only pictures, leave only bubbles". 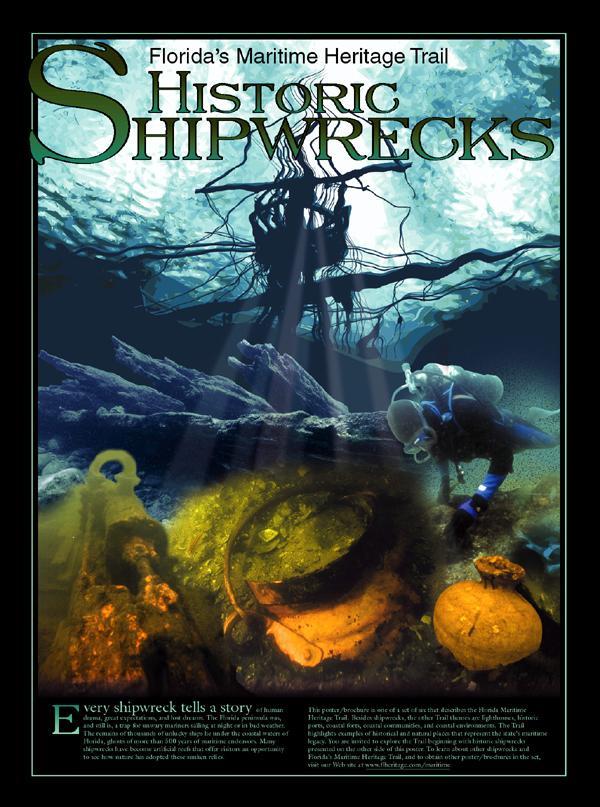 Why could divers feel less tired ...

HOW ARE THE DETENDERS BORN?

In my opinion No we do not go astray… the federation insists that it is safer and it teaches it, so why need a narcosis test ???? it is the logical continuation of their reasoning