Home Archives Tanzania, Diving with Lake Tanganyika Fish: Mission of a lifetime!
ArchivesbannerBiologyEnvironmentGreenland - with four paws to the iceberg!Photo

Tanzania, Diving with Lake Tanganyika Fish: Mission of a lifetime!

Diving with the fish of Lake Tanganyika: mission of a life!

This article takes you away from everything, to dive with the extraordinary fish of Lake Tanganyika, in one of the largest lakes in the world, a freshwater sea that is also one of the most unique ecosystems on our planet. He also invites you, along with the ichthyologist Patrick Louisy, to an equally unique scientific adventure, among fish that can not be found anywhere else: an unprecedented study on the relationship between ecology and evolution. 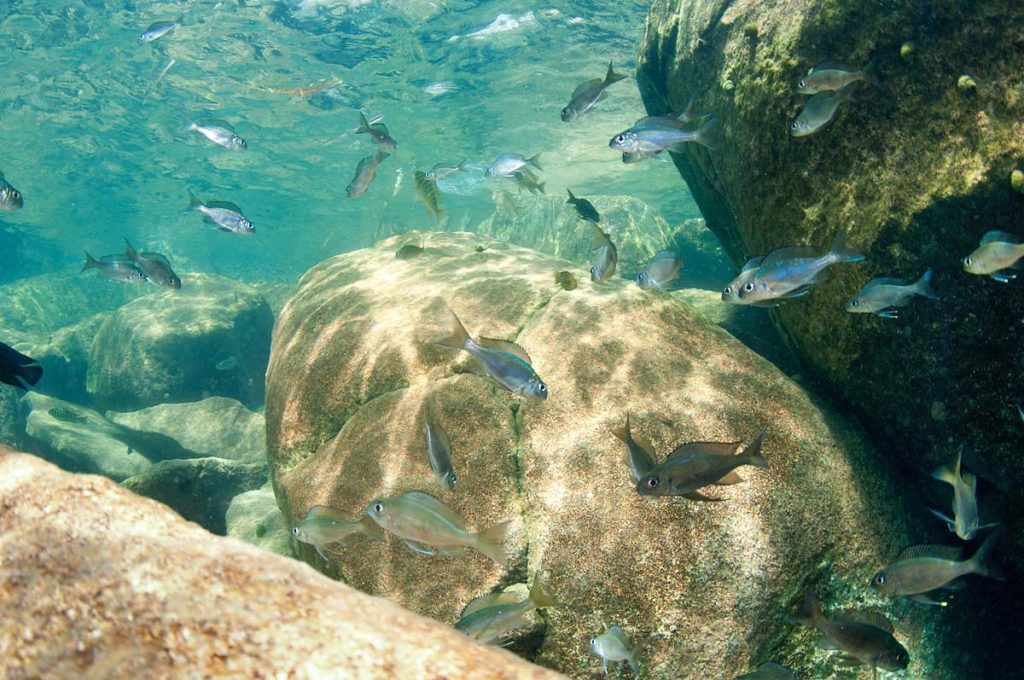 Clear water and rocky landscape, the bottom of Tanganyika sometimes looks like a giant aquarium ... School of Ophthalmotilapia boops and other Cichlids. - © Patrick Louisy / Peau-Bleue

Since his first visit to Lake Tanganyika in 1981, Patrick has developed, muri, and kept in mind this research project that he finally began to realize a quarter of a century later, in 2015, when an opportunity was given to dive in Kipili, in the south of the lake. Studying the fish ecology of Tanganyika is for him the passion, the mission of a life.

But there is another way to understand the title of the article. Because the new mission organized by our persevering scientist in October 2019 is open to you. It's a unique opportunity to discover an aquatic life like no other, to dive into one of these secret corners of the planet where no one takes you, sharing, what is more, a stimulating intellectual adventure with others. passionate divers. It could very well be for you too the journey, the mission, the discovery of a life ... 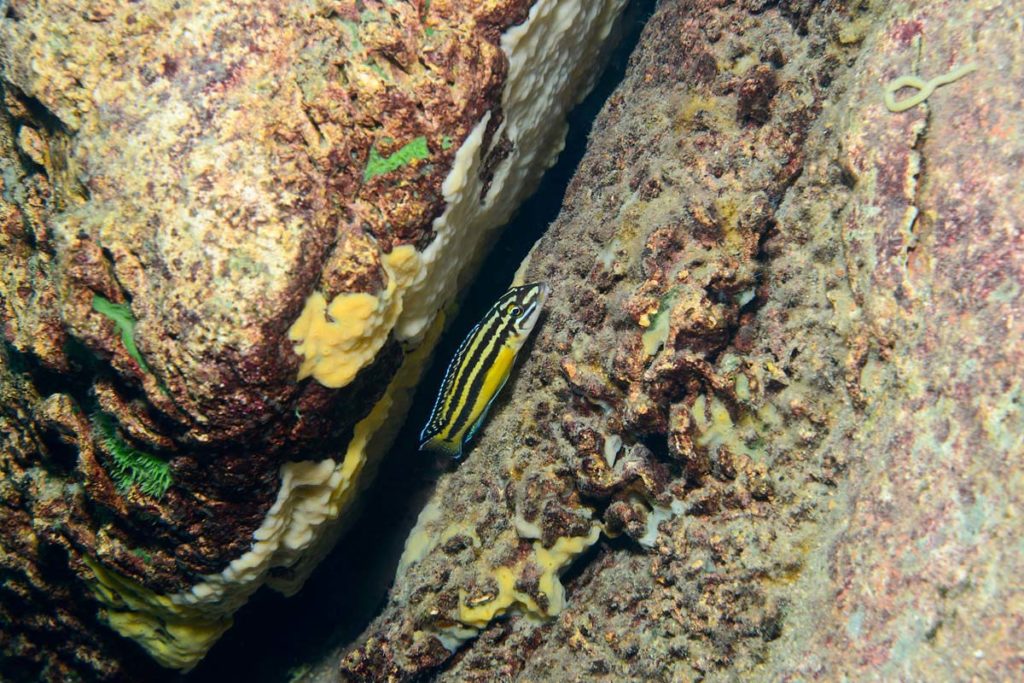 In the shaded areas, there are even sponges! Julidochromis marksmithi in a fault. - © Patrick Louisy / Peau-Bleue

A natural laboratory for evolution!

Lake Tanganyika is the oldest of the three great East African lakes. It is also one of the largest in the world: nearly 700 km long and an area of ​​34 km000, more than Belgium! It is also a deep lake, the largest reservoir of fresh water in Africa (2% of world reserves). This gigantic lake looks like an inland sea, with its winds, waves, storms, but it is a sea of ​​fresh water ...

Nestled in the fault of the East African Rift, a vast ditch dug along a north-south axis whose extension constitutes the Red Sea, Lake Tanganyika was born from the processes of continental drift. Throughout its 12 million years of history, the few species that originally inhabited the lake have gradually adapted to new environmental conditions. They diversified into populations colonizing different habitats, which gradually evolved into distinct species under the influence of natural selection. The phenomenon is particularly impressive in fish. More than 400 species are known in the lake, more than three quarters of which do not exist anywhere else: they are endemic fish.

The only family of Cichlid fish includes nearly 250 species, almost all endemic! And this family demonstrates here, by a multitude of examples, what can be the processes of speciation that preside over the birth of species: Lake Tanganyika a true natural laboratory of evolution!

This diversification manifests itself, particularly in Cichlids, by the appearance of very diverse morphological types, strikingly reminiscent of very different marine fish. How could such close cousins ​​have differentiated themselves so much?

One explanation is the diversity of underwater habitats in Tanganyika, which has nothing to envy in most marine environments. Rocky shores battered by waves are often steep, rugged, interspersed with scree or boulder fields. Depending on their nature and erosion, they offer multiple hiding places for fish, from microfillers or gravel to large overhangs or caves. While the shallow rock is covered with a thin layer of algae that feeds many vegetarians, the deeper, more shaded areas are adorned with white, yellow or green encrusting sponges depending on the symbiotic microorganisms that colonize their plants. tissue. 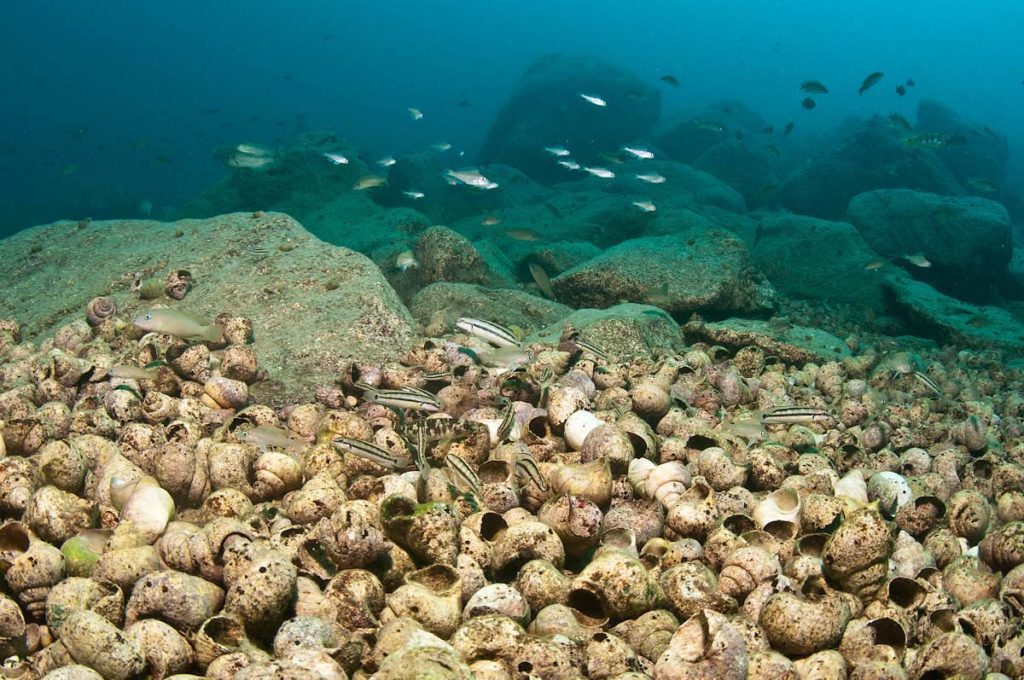 The fields of empty shells constitute a characteristic habitat of Tanganyika, to which certain fish are specifically adapted (here several species of Telmatochromis, Neolamprologus and Xenotilapia). - © Patrick Louisy / Peau-Bleue

In sheltered, more sedimentary areas, one can find subaqueous meadows made up of various plants and, at the edge, fields of reeds. Finally, there are clusters or fields of empty shells of gastropods, which are a very characteristic habitat of Tanganyika to which some fish have specifically adapted.

Thus, the particular ecological conditions of this lake with the dimensions of the inland sea have led, in the Cichlidae family, to an extraordinary adaptive radiation. A morphological diversification, but also ecological, that Patrick Louisy wishes to study ,, by diving observation.

A new mission Lake Tanganyika in 2019: with you?

It is to tackle this task that Patrick organized in 2015, with the association Blue-Skin, a first scientific mission to Kipili (Tanzania), in the south of Lake Tanganyika. Open to amateur divers, this trip offered its eight participants one of the most beautiful adventures of their lives! A photo report on this mission is available here.

A new mission will take place, again in Kipili, next autumn. This trip is, like the previous one, open to amateur divers. If you dive (minimum level 2), you can take part! With an overall duration of 3 weeks, from 12 October to 2 November 2019, however, the mission will be divided into two parts : you can choose to participate in the first part (12-25 Oct.), the second (22 Oct. - 2 Nov.), or the entire stay. Logistical particularity, it will not be possible to accommodate more than 8 or 10 divers at the same time.

You will find more details about the conditions of this trip as well as about the scientific content in the fact sheet download here , come dive among the fish of Lake Tanganyika! 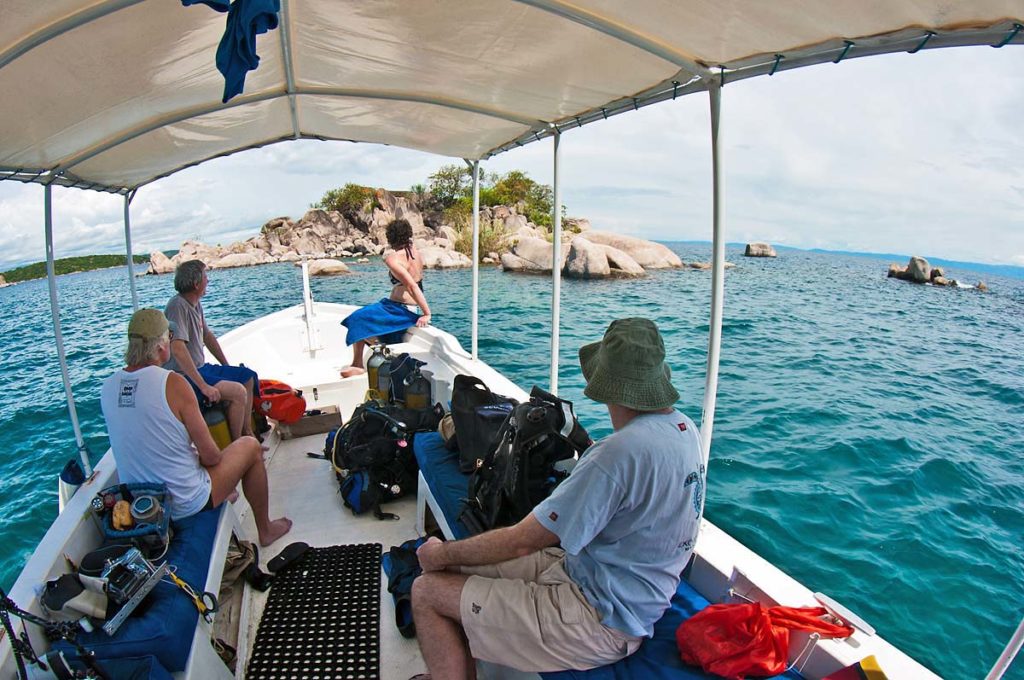 Boat, inflations, pilot, fuel ... Implementing such diving logistics in such a remote region of Tanzania is a feat! - © Patrick Louisy / Peau-Bleue

Your support can make a difference!

This mission with Patrick Louisy and the Peau-Bleue association is the realization of a cutting-edge project, of an unprecedented scientific approach: we have never studied the ecology of a whole community of fish in this way, except this either in Lake Tanganyika or elsewhere. And what's more, it's citizen science, participatory!

Thus, the scientific results depend essentially on the observations of the participants. To achieve the scientific objectives without imposing too much work on everyone, the team should count 10 12 underwater observers, 3 or 4 people more than the current registrants.

And this is where your help can make a difference! Even if you cannot participate in the mission in Kipili, you can share information. Do you know naturalist divers, underwater photographers, passionate aquarium divers? Talk about it, have this article read, share the messages of Peau-Bleue's Facebook page

Finally, nothing prevents you from financially supporting the actions of Peau-Bleue by joining the association, by making a donation or by finding a donor ... 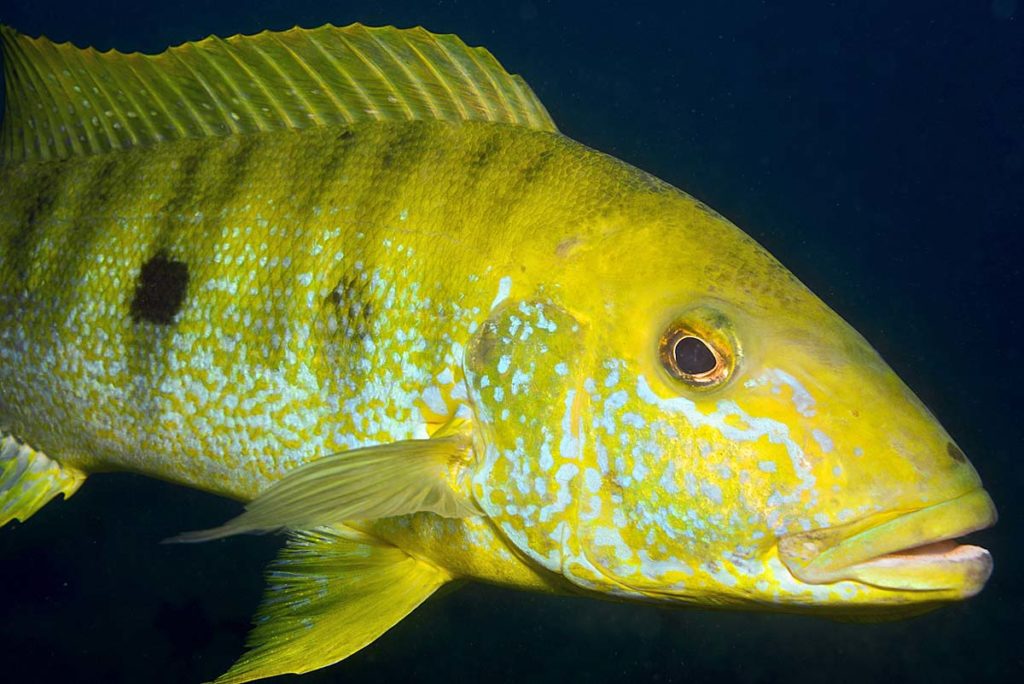 With a length exceeding 70 cm, Boulengerochromis microlepis is one of the largest Cichlids in the world. - © Patrick Louisy / Peau-Bleue

Learn more about Patrick read the article from December 2018 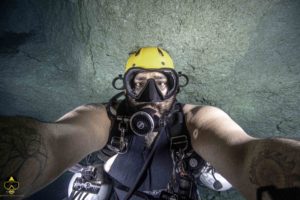 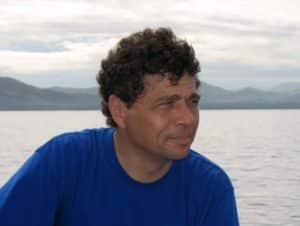 Longimanus in Egypt 2018: what happened?

WRITE TOGETHER A NEW PAGE OF SUBAQUATIC EXPLORATION!

Divers of the World at M'DIQ (Morocco)

He loves himself and proposes to marry him ...