WE ARE THE ORCA

“It is because animals do not cause that we have to plead their cause”, this quote from Szczepan Yamenski sums up, in itself, perfectly, the fight of the collective in charge of the #WeAreTheOrca project. When, at the end of July 2018, the Tahlequah orca was sighted and filmed in the waters of the Pacific, tirelessly pushing the lifeless body of its newborn to prevent it from sinking, the entire planet discovered, with emotion, the existence of 'a real tragedy whose last act seemed alarming at the time. Their names are Little Gypsy, Léa Camilleri, Bruno Maltor, Marie Wild, Fab Wild Pix, the Grand JD, they are youtubers and they have decided to try everything to change the end of this macabre piece which, unfortunately, if nothing is done. was done, could see the curtain fall for the last time on these cetaceans considered by many cultures to be the rightful lords of our oceans. Today, more than ever, the message of the associations protecting these aquatic giants is clear: if the orcas are the victims of a staging with a dramatic outcome, the human being is the director. It is up to him to modify the scenario. 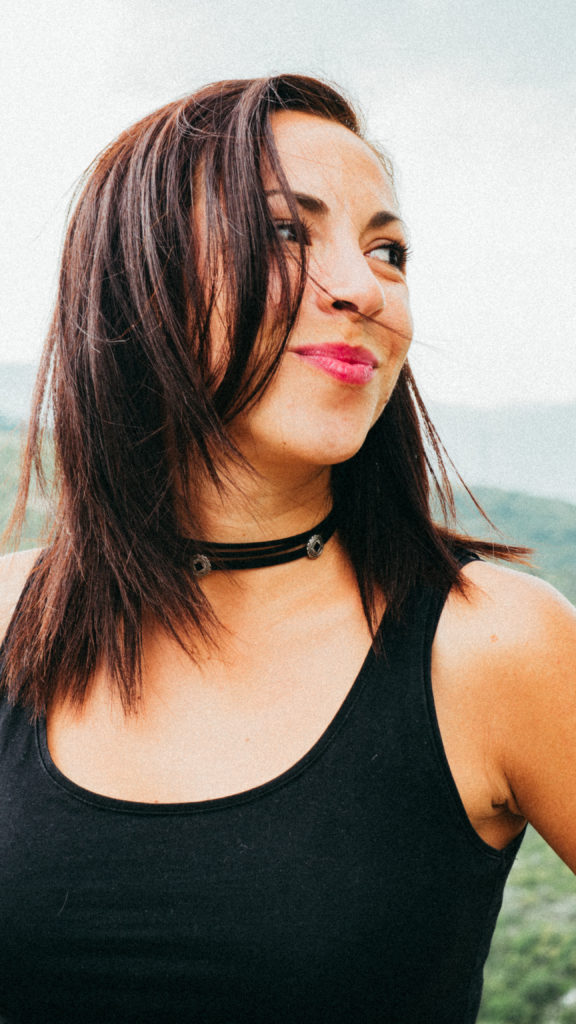 How did the “We Are The Orca” project come about?

Three years ago, I came to San Juan Island to meet the orcas. They fascinate me since I was very young. But it was not the right season then. So I came back two years ago with the intention of staying there for more than a month. Every day I spent hours on the beach waiting for them. During this time I was able to establish contact with the premises and structures already in place. Naturally, I volunteered to volunteer for these organizations, particularly in the area of ​​the orc census.

The leaders of these orc defense cells explained to me that the report was final, the situation invariably deteriorated over time.

I was then asked to make a video about the issue of orcas on the spot but at the time I was not in place enough in terms of network and I felt that it was not the good moment. I lacked visibility. A year ago, everything was unblocked, the signs showed that the moment had become propitious to editing this documentary. This is where the Coextinction team offered me a collaboration. Links have been created. On my side I approached friends youtubeurs such as Léa Camilleri, Bruno Maltor et Marie Wild. After what Fab Wild Pix also joined the adventure, taking The Great JD in its wake. In total I could not dream better team than this one. So we went to San Juan, and with the precious help of Coextinction, the project was born. 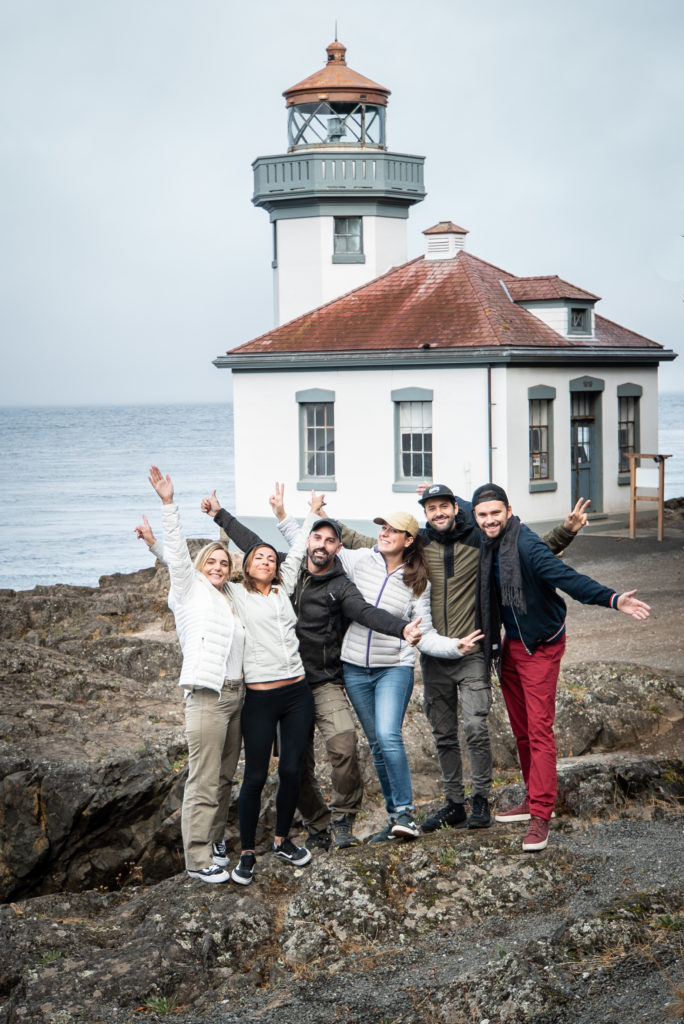 We are the orca

What criteria are you based on for choosing the youtubers team?

I knew most of them and I like their ways of working, their mentalities. I knew that these people would believe and adhere to my approach. I did not doubt for a moment that they would invest a hundred percent in the project.

How did this experience go?

It was incredible. I did not want to expect any results to avoid being disappointed. I was afraid that the project would not have the necessary repercussions for its complete realization. The final goes well beyond my expectations in terms of commitment, project implementation and communication dealing with it. 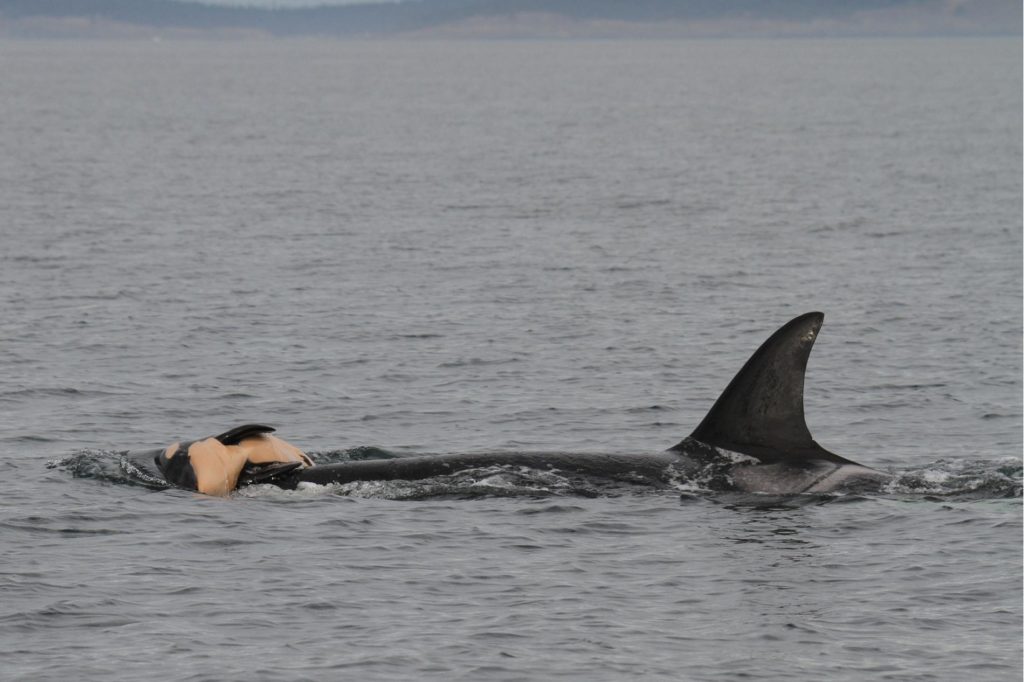 How do the natives experience the tragedy accompanying the disappearance of the killer whales?

I confess I have had time to receive some on-said on the subject but they are obviously very saddened by the phenomenon. Many of them protest, protest as soon as they can. Orcs have a high place in their culture and society. On the totems, the orcas are side by side with the salmon. The link linking these two animals is very symbolic here. The people of the island know how everything is embedded in our world. A change of situation is, here, highly anticipated and desired by all. But the feeling of helplessness is omnipresent. 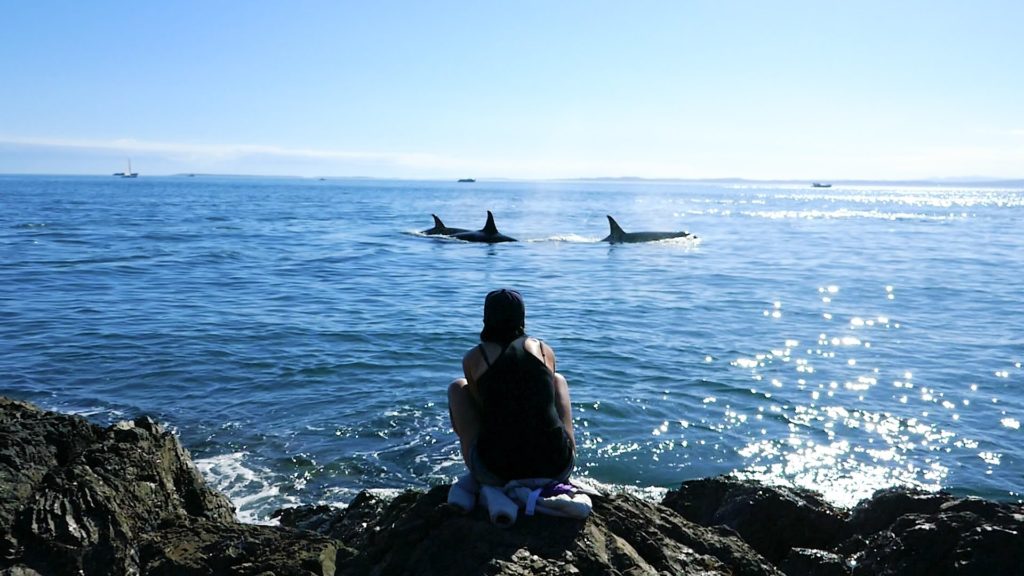 Little Gypsy in front of the orcs

Can you tell us about the FOLKS association (Editor's note: Friends Of Lime Kiln Society)?

They are volunteers, mostly retirees, who raise awareness about protecting killer whales and the environment. They are based on one of the lighthouses of the island and more precisely on one of the points beyond which the killer whales were still meeting a few years ago. They do not work through punching operations, but by essentially using communication. Their action is paramount.

At the beginning of September 2018, you were still there. What were your latest findings?

First, it must be admitted, the first feeling shared unanimously is sadness. On the spot, we are the direct witnesses of the extinction of the orcs. During the week spent on the island, an extra killer died. This event had really affected our morale. It is really necessary, and more than ever, to do something.

We are concretely facing the disappearance of an animal. When you talk to people on the island, it is not uncommon for them to start crying, it's sad. In return, this situation gave us the fighting spirit essential to the realization of this fight. Twenty years ago, on San Juan, you could see killer whales go off more than eight times a day. We only saw them once in a week. Utopically speaking, I thought that with our action, in a week, things would move on their own. But soon you realize that the lobbies involved behind have immense power in muzzling and censorship. However, we will not let go.

What were the stakes of this expedition?

My first pride is to recognize that these have been achieved. It involved signing several petitions. The first opposes the maintenance of river dams preventing the return of salmon during their migration. This petition has been in existence for four years, but she was struggling to collect signatures. We managed to get it signed by five hundred thousand people.

Another calls to stand against the pipeline of Justin Trudeau, Prime Minister of Canada. We helped the #WeAreTheOrcas grow.

We are aware of having really sensitized a large part of the public on the need to act quickly, whereas a few months ago, few people were aware of the problem of southern resident killer whales. The media have very kindly relayed us. And finally, we opened a pot to support the movement. We wanted to get fifteen thousand euros and we arrived at over twenty thousand euros. This money was donated to the orc defenders in late October. Beyond the financial aspect, it seems important to me to send the message to all the actors of this cause that we do not forget them, that they do not fight in vain and that their voice is heard by the world. These stakes achieved, the goal is now to reach even more people, more media.

The dams must be destroyed so that the killer whales can find their original source of food, the salmon.

This is where we will focus now. One of the actions put in place in this direction was to gather a large number of US citizens and invite them to call the governor of Washington to ask for the destruction of these infrastructures. In one day, one thousand five hundred calls from all over the planet were given. The idea of ​​a ten-day march between Seattle and the place where the dams are built is also under consideration. All this is very new to me, which is why I need to surround myself with experienced people and get all the logistical support possible. 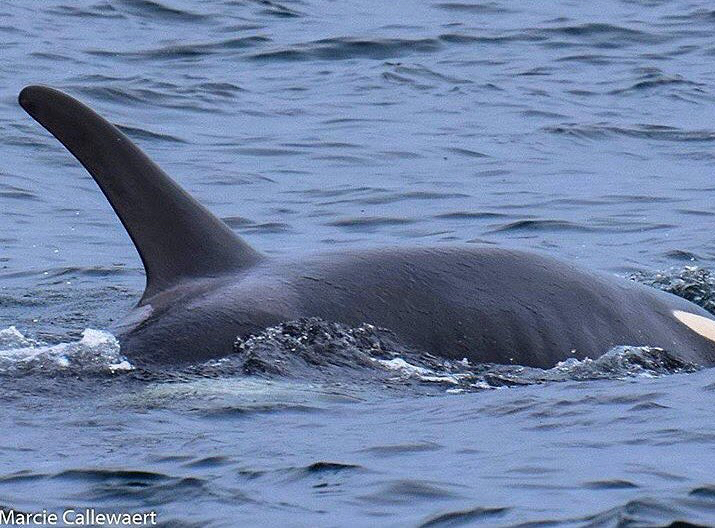 What about the reaction of politicians?

I would say that unfortunately, on this side, a lot of things have to be done. It is sometimes discouraging to see that those who have the power to intervene, do nothing. There is a law in the United States regulating the protection of killer whales. She was totally untapped.

The day the press took over the affair of this Orc mother who had continued to accompany her unborn baby for seventeen days, upsetting the audience, the government had suddenly launched a propaganda campaign to try to make the public believe that he was doing something.

We want to make these politicians react on the absurdity of leaving in place these famous dams that have been unused for three years now.

When we know that it takes at least two years to remove these artificial barriers, in order to avoid the risk of flooding, and one year for the salmon to begin to recover, we understand that speed is a key factor in this action. A political decision must be taken, more than ever, and as soon as possible. It is no more and no less to prevent killer whales from starving, from disappearing.

Photo We are the orca 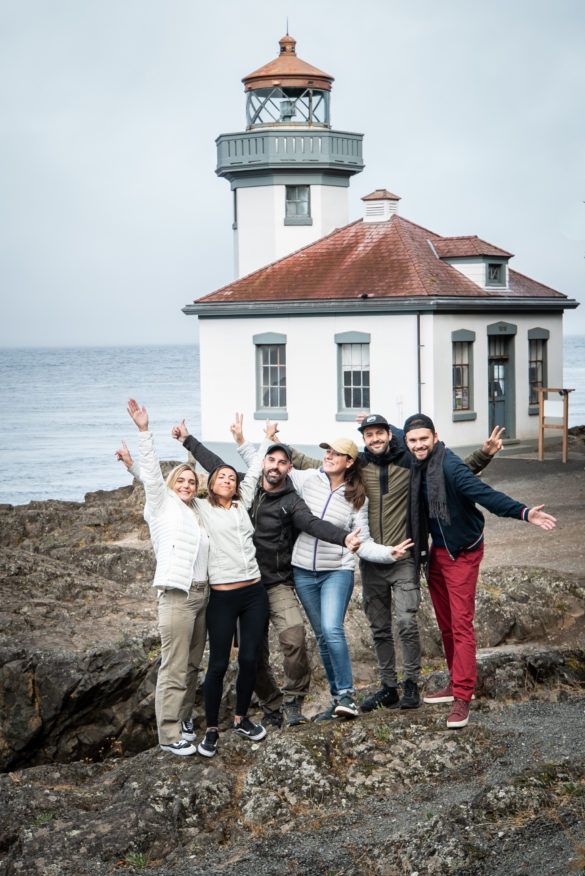 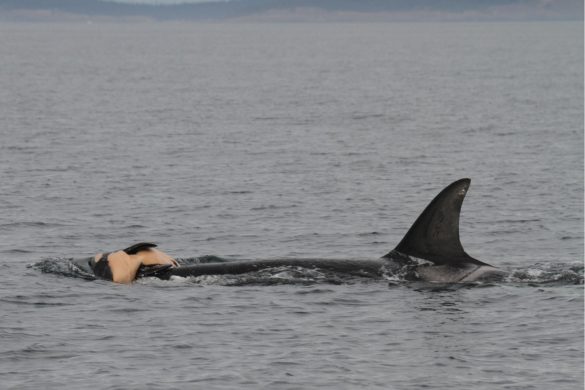 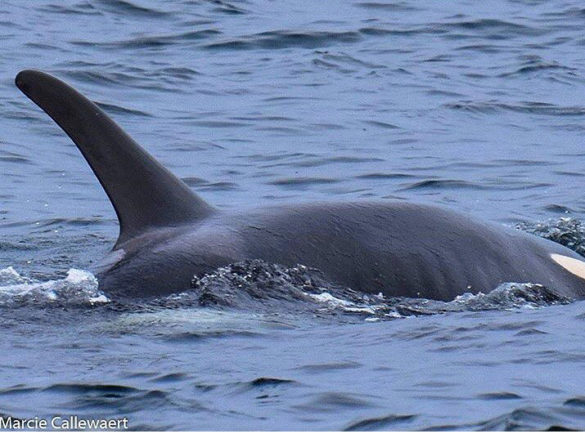 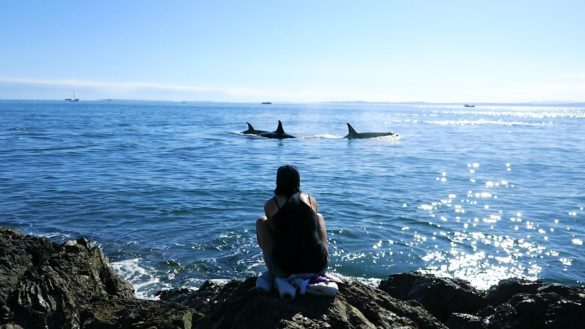 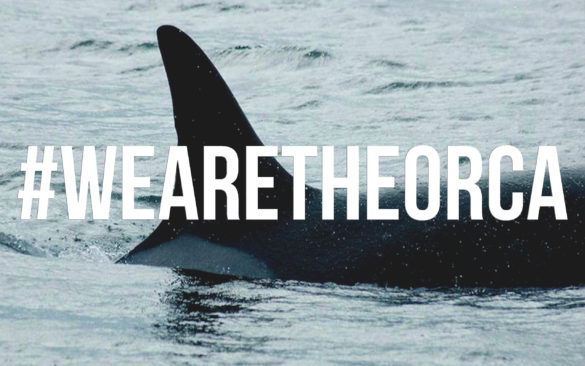 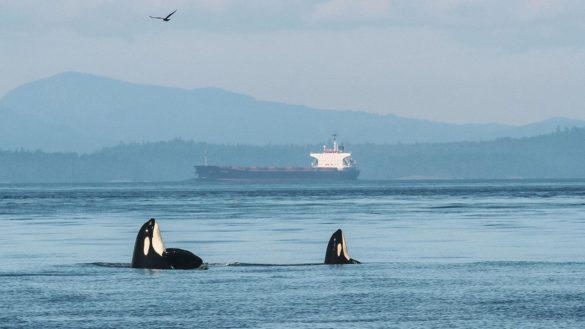 I went diving in Puerto Galera

An image bank of the islands in Tahiti

Thomas Vignaud, how to be reconciled with sharks.