FAKARAVA SOUTH: THE TERRITORY OF SHARKS

Fakarava atoll stretches 60 km long and 25 km wide, its depth varies between 30 and 50 meters. Two passes feed and regenerate the lagoon. That of Ngarue, to the north, is the largest in Polynesia: 1600 meters wide. To the south, the Tumakohua pass is more modest, with two hundred meters. 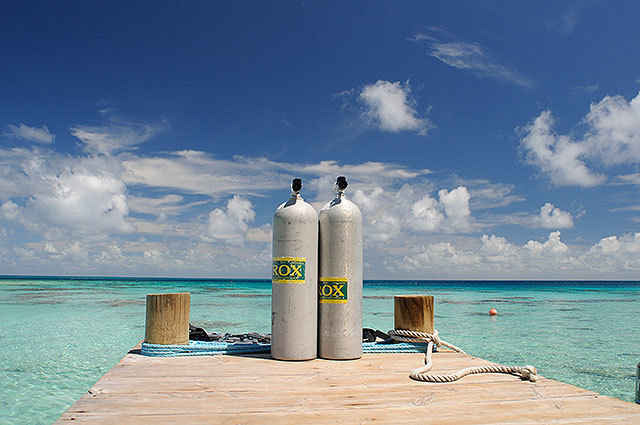 The Tumakohua pass (Tetamanu) offers some of the most beautiful dives in the South Pacific accessible to all levels of divers. At shallow depth, you will have the opportunity to observe a very large concentration of gray sharks but also white-fin reef sharks, black tip sharks, and all the small fauna of Polynesian reefs.

The Tetamanu motu stretches along the southern pass, the former capital and capital of the Tuamotus. The first Tuamotu church was built in coral in 1874. Its population numbers around ten souls ...

It's been a few years that we see on the internet videos touting this spot. No need to keep the suspense going, it could look like Rangiroa 20 years ago, but even wilder. A sublime wall of sharks coupled with very easy diving conditions allowing even novices to make their baptism in the pass… that happiness and a real feast for the eyes and for the cameras !!!

After 3 years of good and loyal service, Matthias left to sail towards other horizons. Great meeting with a passionate as we would like to see more often. Since then, he has been replaced by Sébastien, also passionate.

Tila & Manihi SALMON have created this haven of peace as a family. It is certainly THE discovery of the Polynesian journey. A pure happiness. Composed of 8 bungalows, this pension is a must. Nothing bling-bling or flashy, but the feeling of being really at the end of the world, cageoled by the owners who are lovers. Certainly the only place on the planet where you will find a lakeside pizza oven that Manihi has the secret… a treat.

The motu Aito is located at 3 minutes from the TOP DIVE center and the boat passes you there.

Eric moved from Moorea where he held the Linareva to Fakarava, because “Moorea was becoming far too civilized” for him… He created a haven of peace for dreamers and poets. Eric is a Character with a capital P who likes to say that “RAIMITI cannot and does not want to be listed in a catalog in order to preserve the effect of surprise which contributes to the natural enchanted discovery of the places…”
Everything has been designed and thought out making the best use of local materials. For the sake of preserving the environment, electricity is supplied by renewable energy. The water is abundant and of excellent quality, but it is nevertheless recommended not to waste it because it is: a treasure.

You will have the choice between the lagoon farées and the farés reifs, side ocean.

Important point, the pension is located about 20 minutes from the boat pass.

This presentation would not be complete if we only mentioned for more than a year now, Eleuthera manages the destiny of the Tetamanu diving center in close collaboration with the Tetamanu Village and Tetamanu Sauvage pension: ten bungalows in the purest style Polynesian. We unfortunately did not have time to test these 2 structures which are located on the pass.

We have, however, witnessed some of the most surprising business practices from Tetamanu Village… and it seems to be frequent. Over there everyone knows it but nobody says a word ... be careful, you can be “fired” in 5 minutes because your head does not return to the boss ...

If you come to Polynesia, don't think about it !!! You must include Fakarava Sud in your course !!! It is a must !!!

THE ALOES CENTER DIVES IN CERBERE

Seadoors: The Diving Cruise in the Philippines

Diving stay in Mauritius & Observation of ...

Thank you for all the latest information. But the site is a reserve, so the species should already be protected from all fishing !!!

Guido what's the address of your FB page?