Home All SectionsPets DIVING ESPADON SAIL BOAT IN MEXICO
PetsGreenland - with four paws to the iceberg!

Each winter, for a few weeks, the sardines gather to migrate along the Mexican coast, north of Cancun. Following them, the majestic sailfish swordfish who intend to enjoy the feast. Magic !

A PURE MOMENT OF GRACE

"A pure moment of grace: just under the surface, in the rays of the sun, fifteen sailfish swarm us to try to catch the twenty or so sardines gathered in a tiny, distraught ball trying to find refuge between us . The big red-brown dorsal, the purple and purplish lines on the body of the swordfish, a blue sparkle, the lines of a lighter gray in their open mouth surmounted by their rostrum ... the show is so fascinating that we do not even fear to get hit, even when they are showing explosive acceleration. And then, as after a while, we are really too much of a nuisance, the swordfish get tired, give up the game and the sardine ball disappears in the blink of an eye towards the bottom ... "Nathalie, like all those who had the chance to attend the show, took full eyes!

Swordfish, like other species, use to chase the technique of the ball: they encircle the sardine bank, or at least part of it, and push the trapped fish that cluster in a ball in a reflex defense. The predators then rush on the group, unfurling their veil as if it was then used to "fold" their prey, and knock down the helpless sardines with rostrum before swallowing. Often, the frenzy scene only lasts a few minutes, until the ball, except for a few survivors, is completely devoured. There are only a few scales floating between two waters, and the swordfish resume their journey, to choose a little further from other victims. 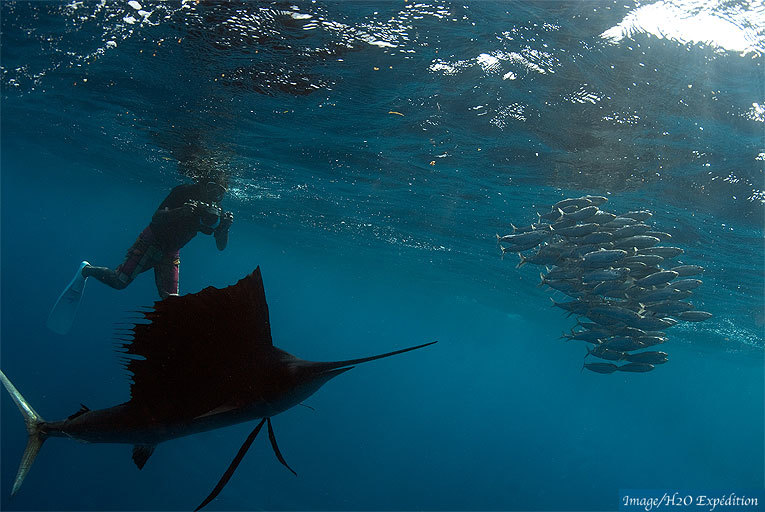 IDENTIFY THROUGH THE FRÉGATES

It is the birds that can be seen from afar by the sardine beds, and indeed the swordfish: the frigates usually wait over the water, in almost stationary flight, that the swordfish have collected a sufficiently large sardine ball. And the cure can then be of an astonishing magnitude: the swordfish are sometimes several dozens to hunt together, and when they melt on the bench at a hallucinating speed, it is also for the frigates the signal of the beginning of the feast: the term of binge eating then makes sense!

A TEST OF PATIENCE

As always when it comes to going to meet animals, patience is required. In spite of the precious help of the frigates, you have to be ready to sail for several hours before locating the banks and their predators. And given the speed of movement of all this small world, you have to be quick, ready to get into the water in the blink of an eye, to eventually white cabbage and relentlessly repeat a few hundred meters further. It is therefore necessary, even if there is nothing complicated, to be in a correct physical form to be able to play for hours to go down and back on the boat. But the successive launches, and the adrenaline rushes they provide each time, are also part of the game. 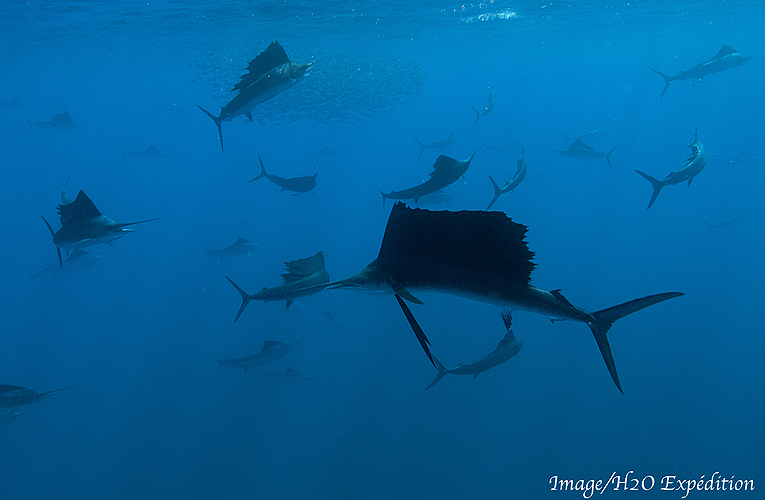 THE FASTEST FISH IN THE WORLD

The sailfish swordfish, of its Latin name Istiophorus platypterus, is the fastest fish of the world: in hunting situation, it can reach 110 km / h! For big game anglers, this big pelagic, even if the largest specimens can reach 3 meters long and weigh a hundred pounds, usually measures 2 meters for a weight average around 50 kilos. It can unfold and fold its dorsal fin, its mainsail, to reduce its resistance to water, or on the contrary give the "braking" necessary to the pursuit of its prey. 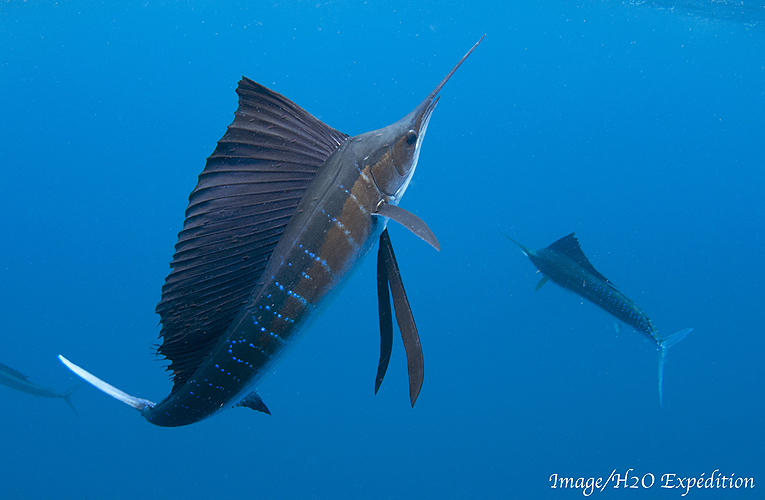 The season for encounters with swordfish is extremely short. It only lasts a few weeks, between January and March, in the warm and rich waters of the Caribbean Sea, more precisely off Playa del Carmen. H2O, faced with the success of the first trips, will renew its offer next year. Three dates are already planned, from 25 January to 4 February 2013, from January 30 to 9 February, and from 4 to 14 February. 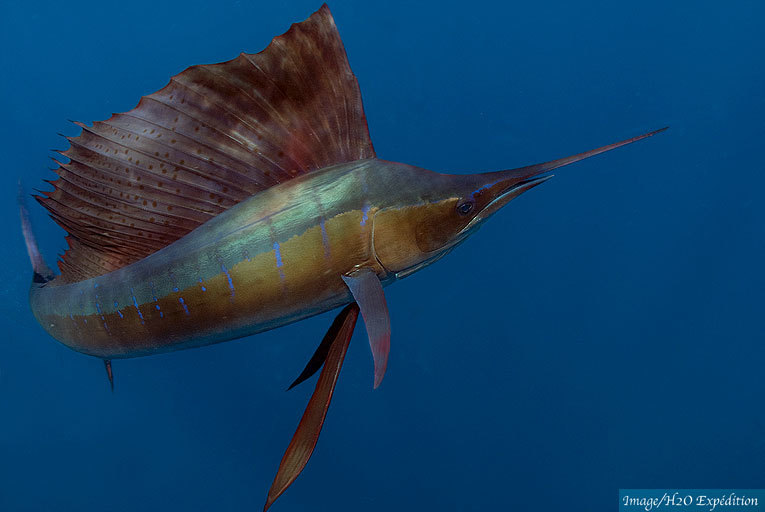 Remember that diving with sailfish is done in PMT. Outings are by the day, with no time limit since we adapt to the presence of animals. The boat is intended for 15 people, but groups are limited to 7 for more comfort and to have more space for photo equipment. The trip is organized by H2O in exclusive partnership with the center Phocea Mexico (which we presented in a previous issue), and provides in the second part of stay dives in the cenote and around Playa del Carmen.

In search of the nudibranchs of the Arcachon Basin

well a priori, lol there are two who laugh and two who escape .... you have to work a little more and you may have your MF1 ... lol