One of the greatest threats to whale sharks is boat collisions and injuries from motor propellers. René Heuzey, who made the documentary "The mystery of the whale sharks" in 2010, then committed to devote 1 Euro on each DVD sold to the purchase of a propeller cover to equip the boat used during the filming. Thing promised, done: back last month in Djiboutian waters, he was able to install the planned protection with Michel Vély and Daniel Jouannet, from Megaptera. 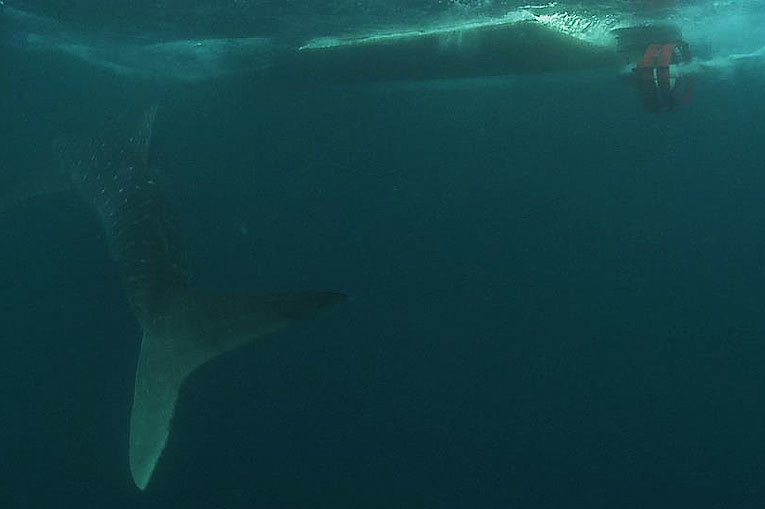 It should be remembered that the association has been carrying out census and study missions for the whale shark colony in the bay of Tadjoura, in Djibouti, for several years now, by relying in particular on a new animal photo-identification software. But the site now attracts a number of tourists: the generalization of propeller covers on all boats sailing in the area would be an important protection measure for the largest fish in the world, and the project is currently being presented to the Djiboutian authorities. Moreover, explains René, “Bertrand Lafrance from the Decan refuge in Djibouti is in the process of seeing directly with the Djiboutian ministers to pass a decree by creating a marine protected area. "