Unless you have spent the last few weeks on Mars, it is impossible to have missed the broadcast of the documentary “The White Trap” on Thalassa. It even managed to make one of the best audiences of the show… like what, if it was still necessary to prove it: diving can interest the general public… The book has just been released, an excuse for us to go to meeting one of the handsome kids of the underwater world. And we might as well admit it to you straight away, we fell under the spell of this adventurer who, despite the media coverage of his adventure, remains extremely simple and both fins are on the ground. 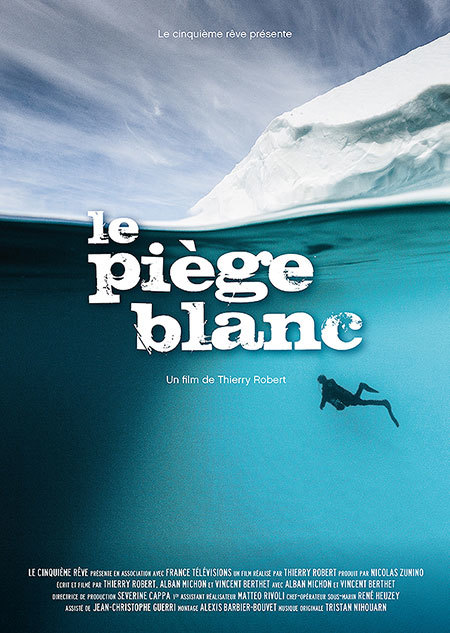 This book takes us on a crazy journey, over a polar scuba diving expedition but above all a human adventure with a capital “A” whose action takes place in Greenland. 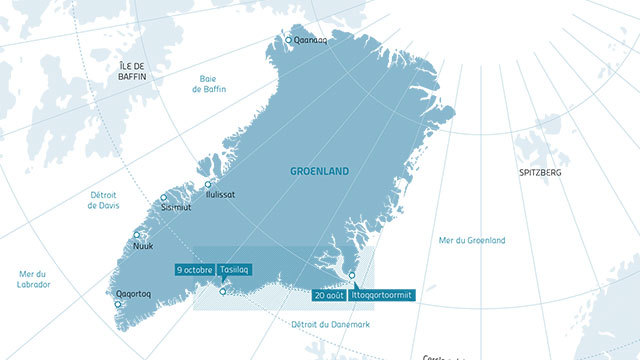 August 2012 is the end of the arctic summer, two adventurers - the diver Alban Michon and the cameraman Vincent Berthet - drift in sea kayaking in the middle of the giants of ice carried, from north to south, by the East Greenlandic current. 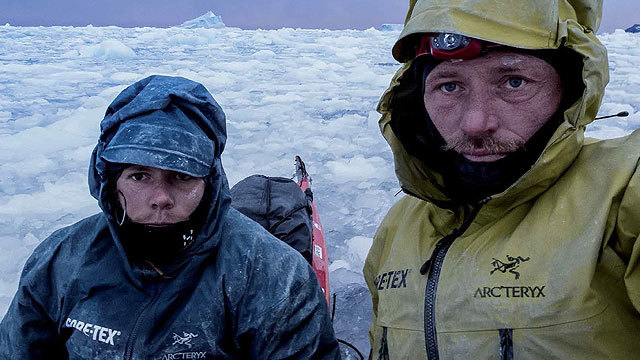 They are trying to connect the only two communities on one of the wildest coasts in the world, from the small village ofIttoqqortoormiit. An intense human adventure on 1.000 kilometers! Two months out of breath in the vertiginous canyons of the fjords: spectacular dives under the icebergs to discover large polar marine mammals and fabulous animals still unknown. 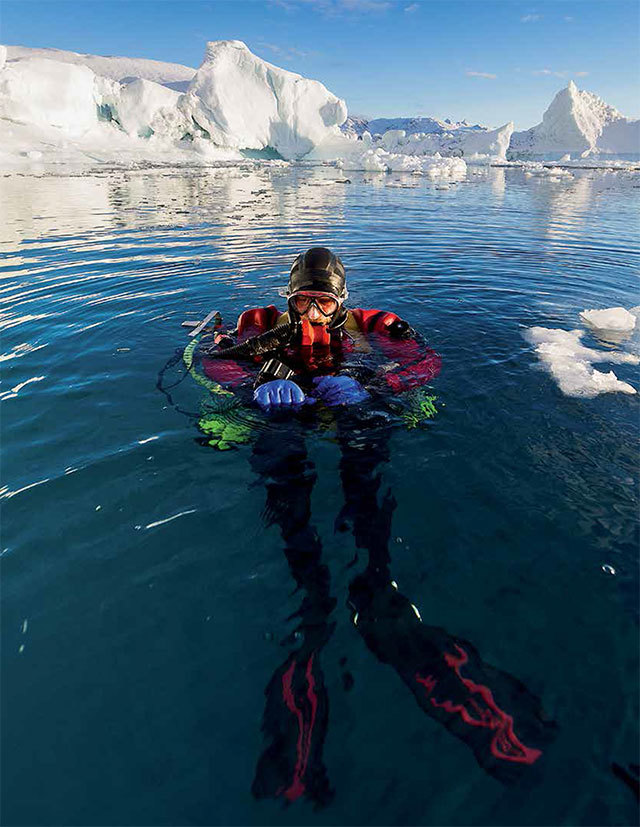 As the days go by, the expedition becomes more and more difficult, the weather conditions deteriorate and the Pitterak threatens. This katabatic wind icy can reach 200 km / h. A race against the clock commits then: the adventurers must reach Ammassalik, before being closed on them The White Trap ...

We asked him a few questions in order to find out more about the expedition but also about the man. 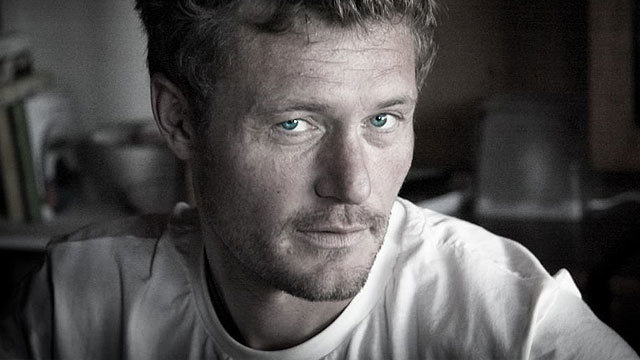 Why this predilection for the cold?
In fact, I don't like the cold any more than that! I just think I fell into it when I was little :), The cold world attracts me with its surrealist atmospheres, its special sounds. The power, the solidity of the ice impresses me as much as its history. Besides, if his story interests me, his future also since the world in which I evolve unfortunately changes very quickly. Hence the importance of bringing back testimonies. 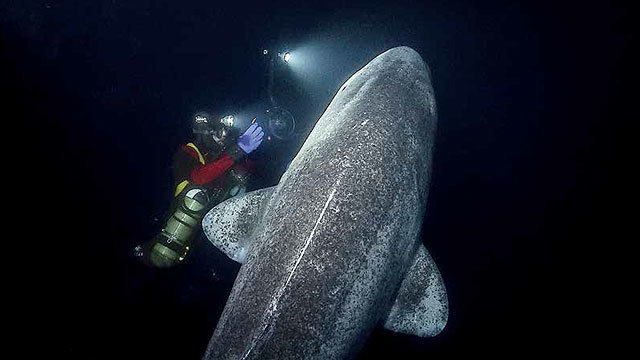 Who is Vincent Berthet?
Vincent is a wonderful man whom I met during our first expedition to the North Pole in 2010. He is a guy who has had a lot of adventures and above all an outstanding expedition cameraman, a man of all kinds and now especially a friend! 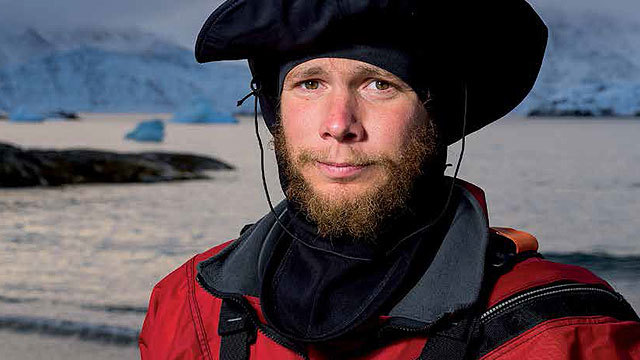 Why this particular course?
Because I love freedom. I have dreams and my passion and the woman of my life is diving. I have been diving for 25 years, the passion has never left me and will be my driving force for the rest of my life. Sharing this passion with customers is a joy, but some time ago I needed to go and discover almost unexplored places in order to make people dream and improve my technical skills.

How long between the idea and the realization of the adventure?
It takes about two years then a year after, to promote our adventure.
Your best memory in diving?
Swim with a polar bear! Surely a female, considering the way she looked at me ... 😉 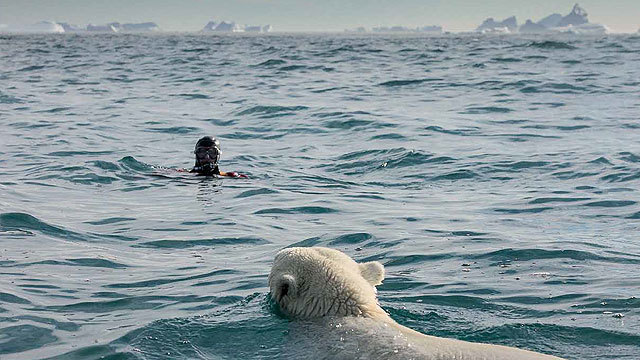 Your worst memory diving?
When I was 19 and got lost in cave diving. FYI, I got out of it, and above all I have done internships since!
If we had to redo it?
We would change a few gear and especially we would buy cereal bars of good quality and not in a low-end store!
Will there be another adventure?
Yes, surely ... well I hope. Going on an adventure is very difficult to set up and can be quite dangerous. Vincent and I would like to go back.
I have a lot of projects, moreover it is not excluded that they are adventures, but maybe a little more of the type ”series of TV shows”…

Would you like to have it signed by Alban? No problem. You just have to go to its website: http://tignesplongee.com/

Thomas Vignaud, how to be reconciled with sharks.

LAURENT BALLESTA: IMAGES, A PROFESSION OF THE FUTURE?

REQUIEM FOR A GIANT

Absolutely edifying ! It is only by talking about it and distributing it as quickly as possible, this type of information that we can inform everyone, in the 4 corners of the planet, that we can perhaps hinder or stop this kind of Crime...

Thanks anyway to you OZI-IZO, to inform us ...