Home Archives Is it possible to meet sharks in Marseille?
ArchivesbannerGreenland - with four paws to the iceberg!

Is it possible to meet sharks in Marseille?

Is it possible to meet sharks in Marseille?

Just ask the local fishermen the answer. The phenomenon is not new and we have known for a long time that the possibility of finding sharks close to the French coast is a reality. But when it comes to meeting them in scuba diving, the myth and the dream do not become reality, and the opportunities are extremely rare.

Is the right place at the right time the only chance to enjoy it in France and not at the other end of the world ?

Let's remember these few "Marseille episodes", which over the last twenty years have made headlines for the exceptional nature of encounters:

- The blue shark (Prionace glauca) stuck for several days in the port of l'Estaque on April 17, 2019;

- The common thresher shark (Alopias vulpinus) fished off the coast of Friuli on July 30, 2018;

- The white shark (Carcharodon carcharias) observed diving on the wreck of the Miquelon 7 October 2001.

The benthic sharks, except some flying bats have disappeared from the Marseille underwater landscape. Offshore sharks are very difficult to find. Indeed, the high seas of Marseille (+ 10 miles) is too little studied because it has little interest having little, see any site accessible to recreational diving. Only the Comex and the fishermen have explored these abyssal areas (beyond -200m depths), but with different objectives.

So, until now we know that there are sharks, but for lack of time, means, patience or experiences, to date everything remains to be done to offer the opportunity to dive with sharks in the French Mediterranean and to create a new dedicated market.

Shark diving around the world represents ecotourism, which, locally or governmentally (for island countries) offers jobs, strengthens scientific knowledge, demystifies the negative image of sharks, develops tourism, educates, educates and helps to better knowledge and conservation of the shark environment.

Even the most skeptical of the development of this activity cannot contradict these undeniable facts! Diving with sharks, even in France can bring positive assets, as long as it is well done, well supervised and while remaining as less intrusive as possible.

Isn't that too dangerous? 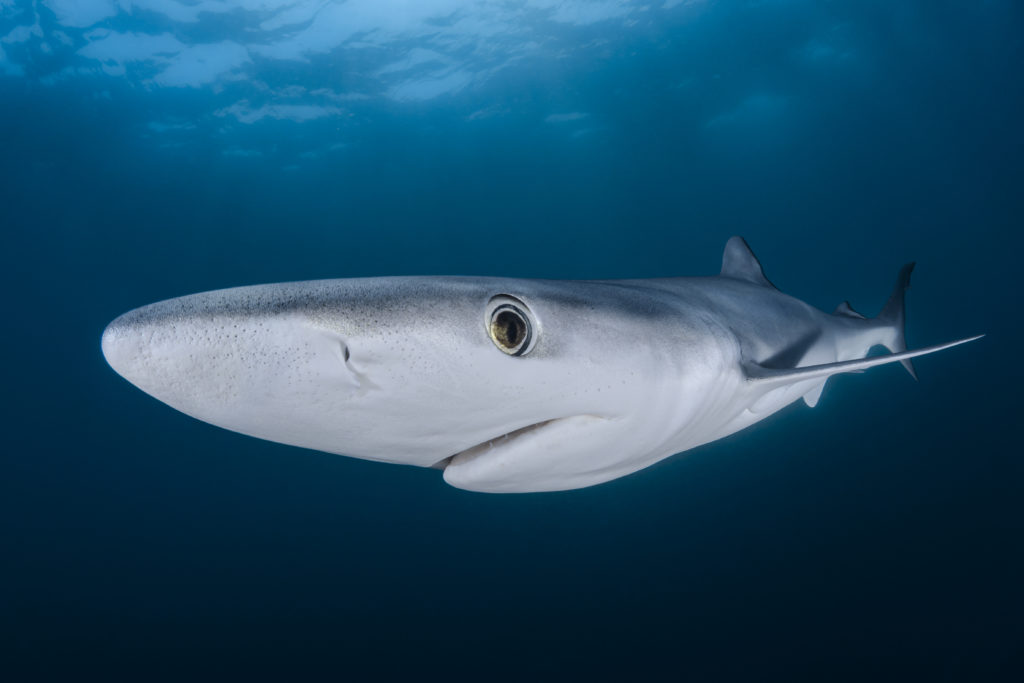 It is true that there is reason to wonder whether there is not a risk in "attracting" sharks ready for boats or near the coast.

Observable sharks around Marseille are pelagic sharks. That is, they live offshore, on the high seas and, therefore, are not tied to any specific place. To put it simply, the shark that we meet today can very well be at 50km the place of observation the next day.

The movements are totally random and unknown but could be based on currents, the presence of prey, the temperature of the water etc. The memorization (if the observed sharks have the ability to memorize a unique situation, which has 2h duration in a day of 24h, on a lifetime of 15 to 20 years) is very unlikely or almost insignificant. All the observations we made from one day to the next were on new individuals while staying in the same area.

There have nevertheless been some observations close to the shore but which are not the cause of artificial encounters. Blue sharks seem to prefer shallow waters for kidding when the water warms up.

One thing that is certain is that encounters with pelagic sharks cannot be improvised!

If only it was enough to say "I too am going to do it, I've wanted to do it for a long time" to find sharks in Marseille, then this text would not have to be, the insignificant content, and try to promote this activity would be useless because the project would have become “has been”!

At the time of writing, I would like to experience with such ease the naivety with which we think it is to meet sharks on the French coast ...

Even if it happened sometimes some nice fortuitous and natural meetings on dive sites, the majority of the meetings are provoked / artificial by a totally legal technique in France (except Calanques National Park), the technique of the broumé.

Now, to try to understand how it works and how to evaluate these difficulties we must make an inventory.

The Mediterranean is fragile, and the sharks that we can cross in our waters are all, without exception, in critical danger of extinction on our coasts. These sharks are more "commonly" the blue shark or blue skin (Prionace glauca), and very rarely the shortfin mako shark (Isurus Oxyrhinchus), the common thresher shark (Alopias vulpinus) and the Great White Shark (Carcharodon carcharias).

To plan outings with these animals, it's not enough just to get off thinking you're in the right place. We must begin by knowing their places of life, their behavior.

It requires a good knowledge of the bathymetry and cartography of the places, to find the areas of abundance in prey, to understand the direction of the currents (which varies considerably according to the depths), it is also necessary to find the good temperatures of water (variable between mistral shots) and know the good season.

The most important variable in this equation is a good knowledge of these different factors, despite this, it is impossible to guarantee an encounter in a sea emptied of its wild predators.

You sometimes have to wait 5 hours before seeing the first shark arrive without having observed any other fish so far! It also happens that the day before we meet 3 sharks and that the next day after 7 hours of baiting, not a shark points the tip of its nose ... 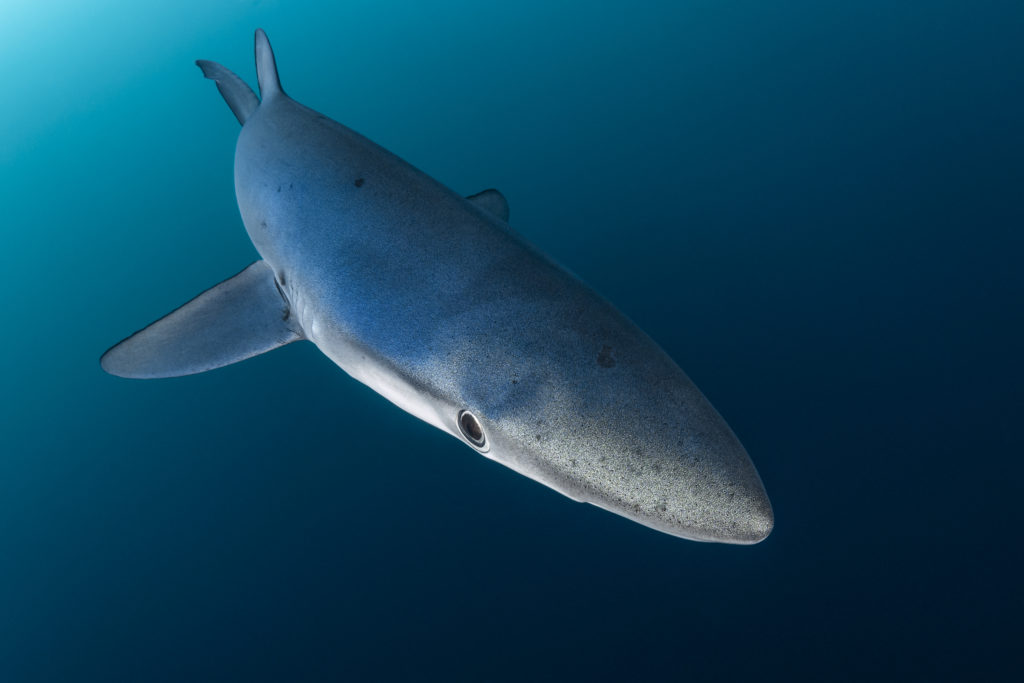 As the English saying goes " No bread, no gain ", Which literally translates into French as" no effort, no reward "or the Euro Million slogan" 100% of the winners have tried their luck "take on its full meaning here.

The best way to see sharks in Marseille is to try to see them.

Wanting to observe sharks in France is something attractive. As a diver or fervent defender of sharks, being able to add them to our cultural heritage of the sea with a charm that unfortunately at a cost that is sometimes too often forgotten: we cannot guarantee 100% encounters with wild animals, untamed like in other parts of the world.

Despite the efforts, we must not forget that our beautiful Mediterranean suffers, like its inhabitants, the lack of protection they deserve.

A balance must be found, a balance between wonder and disappointment, between protection and frustration. 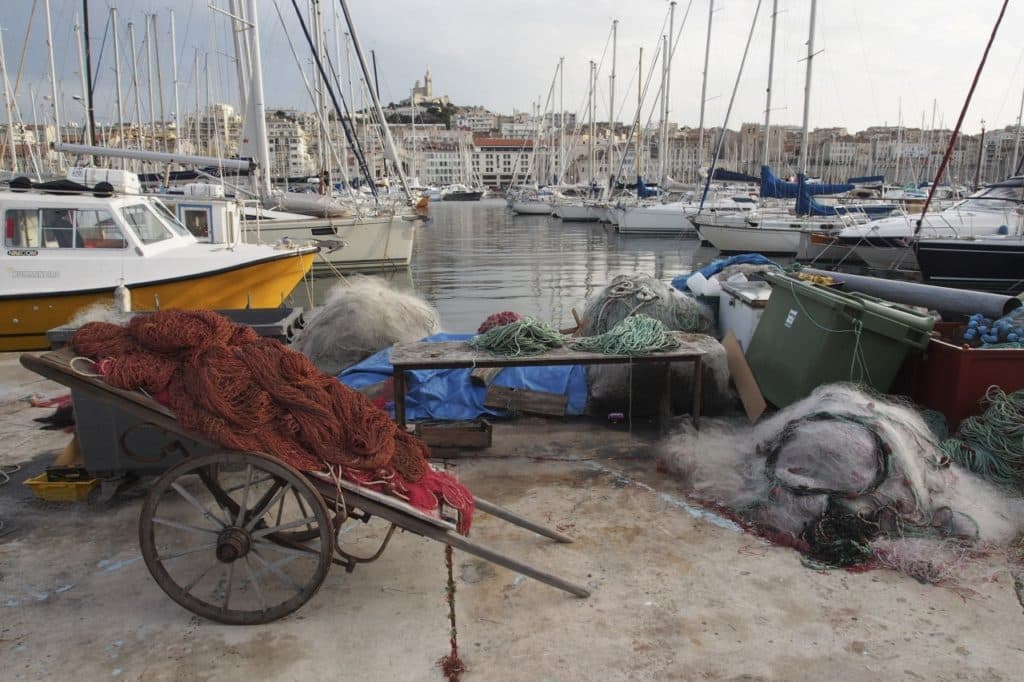 You can contact local NGOs like the association Ailerons who is very active in the south of France on the knowledge of sharks and rays, Sharks Mission France which offers awareness programs to stop the consumption of sharks in France and Longitude 181 Nature who created the Responsible Diver Charter and who is very active in Mediterranean shark protection programs.

How to see sharks in Marseille?

credit: legacy the lord of the sea

Shark Education et Marseille Tek Diving unite their experiences to allow you from June to September to meet the pelagic fauna off the coast of Marseille. 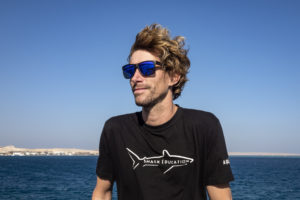 Steven Surina has been an expatriate in Egypt since 2001. He grew up in a diving club run by his family. His various trips through thousands of dives in the company of sharks will lead him to study their behavior but also their fragility and their conservation. Responsible and founder of Shark Education, he specializes in meeting sharks and offers themed trips and seminars. He works in partnership with scientists from all over the world and publishes several articles on the subject, including two unique books on human-shark interaction. 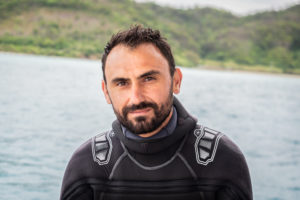 Fabrice Dudenhofer, born in 1983 in the South of France near Marseille, is an independent photographer. Passionate about scuba diving and photography, he collaborates since 2016 with specialized tour operators and publishes regularly in various magazines. Through its images, the goal is simple: to show everyone the beauty and richness of life under the surface while testifying to the fragility of this underwater world which, more than ever, is threatened by its diversity.

[expo] Bubbles in the tar

[video] Hooks in the eyes, a manta “calls for help” from the divers.

URGENT NEED FOR YOUR LONGITUDE SUPPORT 181 ...

In the category Regulators and Garter Belt

CMAS vs FFESSM put in abeyance !!!