The Under The Pole adventure is incredible: after the first two explorations, one in 2010 with the “DeepSea Under The Pole” expedition comprising 52 dives in 45 days, to reveal the splendor of the Arctic sea ice, near the Pole North. Then “Discovery Greenland” in 2014 - 2015, 21 months in the heart of Greenland, with the first dives more than 100m under the ice floe, Under The Pole returns with the crazy bet of exploring the world for 3 years. From November 2017 until 2020, Under The Pole leaves for an extraordinary adventure dedicated to the exploration of the oceans, where for 3 years, a team of divers and scientists will discover aboard the WHY, a robust sailboat of 20m ( the polar schooner), from the Arctic to the Antarctic via the Pacific and the Atlantic. The objective of this mission is to study the underwater environment between the surface and 150 m depth and to develop new diving techniques there, in order to extend the duration of the divers' immersions. 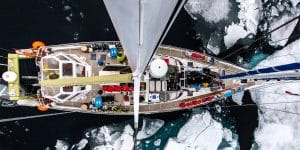 A CRAZY DREAM BUT AGGRESSIVE

This dream come true is led by the couple Emmanuelle Périé-Bardout et Ghislain Bardout, two diving enthusiasts since their childhood. They live this crazy adventure with their 12 teammates and their two older children 1 and a half and 5 years. This craze for exploration has become more than just a job, but a way of life in its own right.

The team is now preparing to set off again for 15 months of underwater exploration in French Polynesia in order to study deep coral reefs and super predators. The “Capsule” prototype will be tested and will allow immersions of 24, 48 or even 72 hours, opening up a new field of possibilities in terms of underwater observations. 90% of the ocean remains to be explored, while it constitutes an incredible resource: climate regulator, carbon sink, fishery resources which represent the main source of animal protein for a billion human beings. This capsule would allow a revolution in scientific studies and incredible autonomy, which would make possible a constant observation of the marine environment, without disturbing it, by staying in this submarine base for several days and accessing depths between 30 and 150 m. 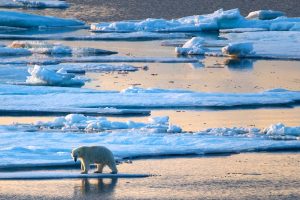 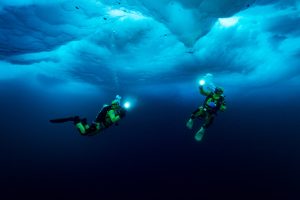 The press conference we attended closed the first part of this third Northwest Passage expedition to study natural fluorescence and underwater biodiversity in the Arctic. This adventure involved a lot of risks, it is a very dangerous 4000km expedition. It requires a lot of knowledge, adaptability and patience in extreme conditions. In the nineteenth century several expeditions failed, causing the death of many men perishing in excruciating pain.

We had the privilege of attending the screening of the preview of the documentary "Lights Under the Arctic" by Vincent Perazio From Greenland (Uummannaq) to Bering Strait (Shishmaref, a village that disappears underwater). Ghislain and Emmanuelle Bardout engage in the mythical Northwest Passage aboard their sailboat, the team Under The Pole explore an extraordinary sea route. They explore its ecosystems in the "Twilight Zone" (between -50 and -150m) and look for manifestations of natural fluorescence and the stakes involved. The Northwest Passage is also a way to confront the myth it represents and to question the evolutions of the polar world. 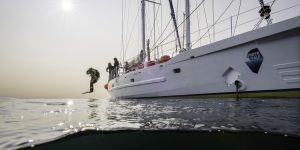 The Under The Pole III expedition will start in July 2018 a research program that will last 12 months. Called "DeepHope", this program - in partnership with scientists from the Center for Insular Research and Environmental Observatory (CRIOBE) - will take divers to meet deep coral reefs MCEs (Mesophotic Coral Systems). By diving to a depth of 120 meters with rebreathers and surface communication equipment, the Under The Pole team will be the eyes and hands of scientists and will allow the possibility of re-stocking corals to be studied. surface by deep corals. 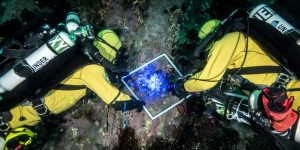 At the same time, members of the Under The Pole III expedition will be conducting studies on the great hammerhead shark and the bulldog shark. Superpredators play a critical role in the balance and resilience of marine ecosystems. The main objective of this mission will therefore be to study the ecology of these two species of sharks. Guided by the scientists, the missions of the divers on the expedition will consist of collecting information on the species (DNA collection, marking animals with beacons to follow their movements, observations, etc.) and studying their behavior. The long-term objective is to better protect these two species through the creation of marine protected areas, to organize sustainable eco-tourism and to raise public awareness of their protection. Some species live more than 200 years reach sexual maturity until 150 years. We can easily imagine that the rhythm that we impose on nature does not allow the time necessary for the reproduction of these species, which would be led to disappear quickly if we do not act quickly. 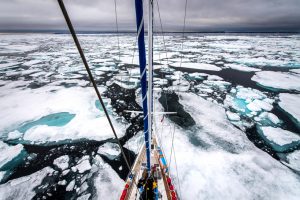 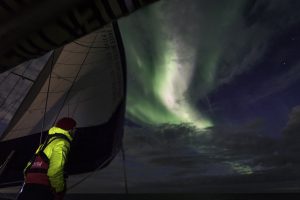 "CAPSULE" PROGRAM: SATURATION DIVING AT THE SERVICE OF SCIENCE

In his perpetual quest for innovation and going beyond limits in terms of underwater exploration, Ghislain Bardout and his team have imagined a “Capsule”. This caspule consists of becoming an underwater observatory that can accommodate up to 3 divers, and which aims to overcome the limits of time in order to carry out immersions (up to 3 days) without having to go back to the surface. . Ghislain Bardout explains: “In the forest, in the deserts, in the mountains, it takes time to blend into the environment and see the fauna evolve. The problem is the same when diving. We are constrained by the amount of air in our bottles, the decompression stops, fatigue, etc. The goal of the "Capsule" is to create an underwater base camp that will allow us to rest, to feed ourselves, … Without having to come to the surface. We will thus be able to observe the exterior through the domes, repeat long observation excursions and better explore the environment ”. A communication system between the surface (from the Why) and the divers, will allow the coordination of underwater missions. The full-size prototype of the “Capsule” has been completed and construction will start in March. It will then be sent to French Polynesia for the first operating campaign in real conditions from June to August 2019. 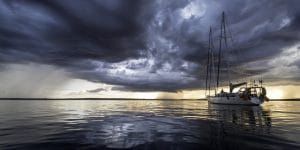 Trained by a pioneering spirit, for almost 10 years, expeditions Under The Pole aim to push the limits of underwater exploration, thanks to a fascinating and innovative approach. Internationally recognized for their expertise in polar diving, they have already brought together 150 team members and 200 partner companies and research institutes. The adventure is far from over ... will you come aboard? 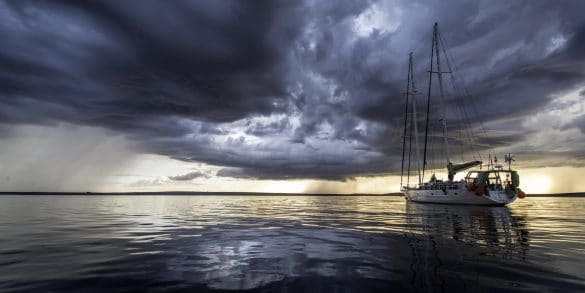 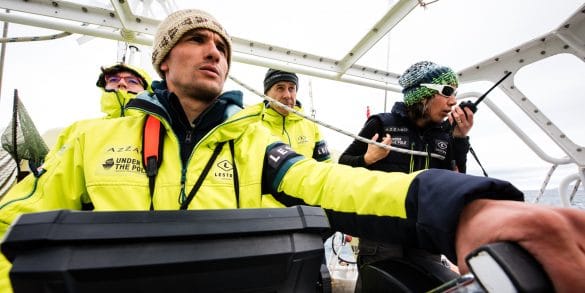 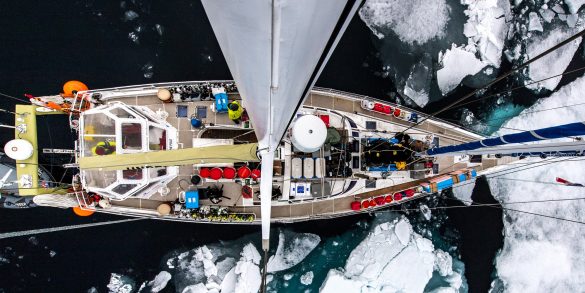 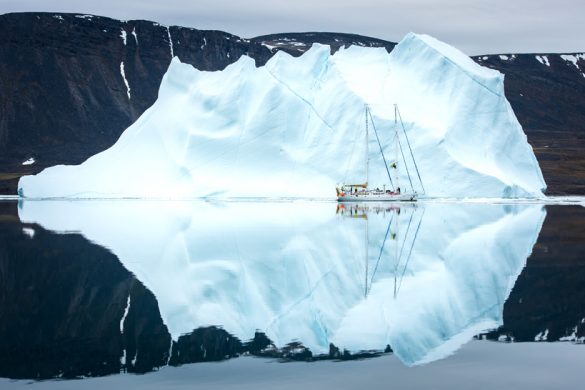 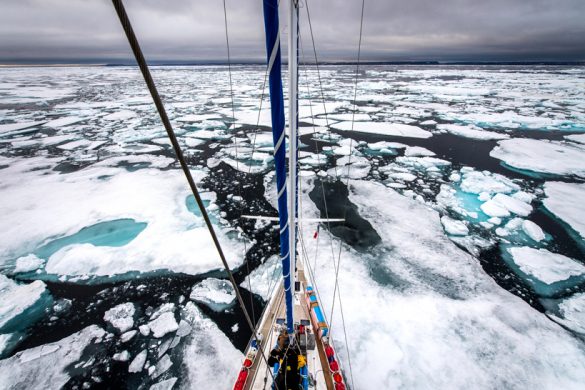 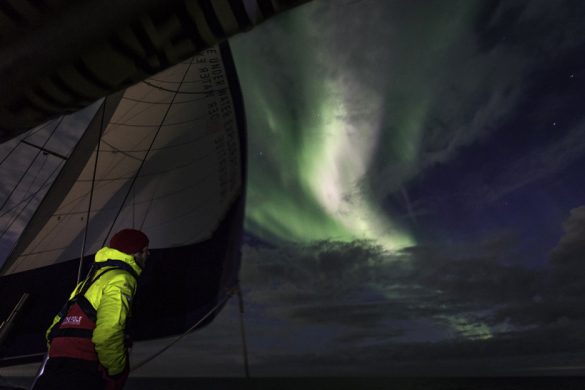 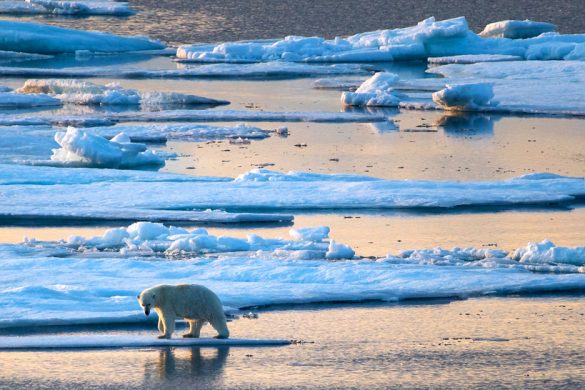 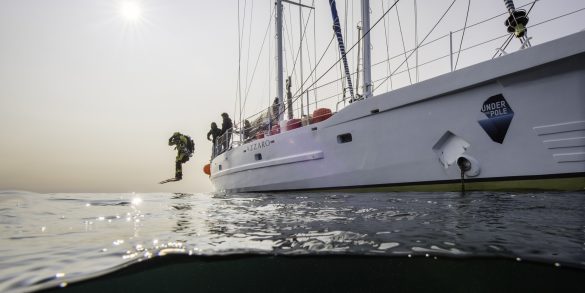 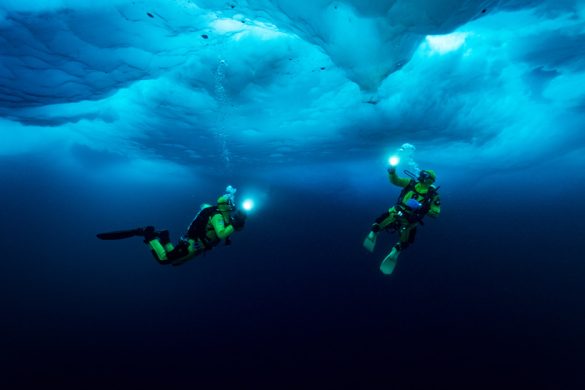 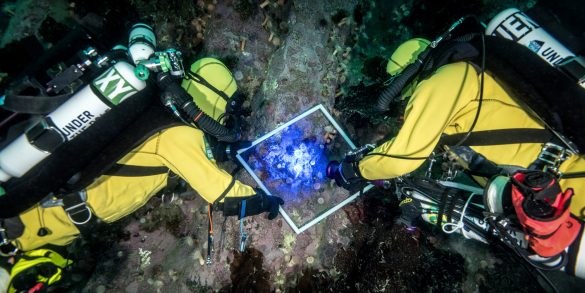 # Diversign… or the Colibri's share? What? Why? With whom? Explanations ...

Divers of the World at M'DIQ (Morocco)

The actions of Divers of the World in 2017

TF1 - Back on the accident of Eric Establie in ...