Diving on the wrong side of the Indian Ocean Dipole

As scuba divers, we are often at the whim of the weather and the ocean. Booking a diving holiday months in advance usually involves research into the seasons and how the weather in the area is during the time we wish to go. Unfortunately, all the research in the world can’t always save you from the guiles of mother nature. This was the case this year in areas of South East Asia, including the Mergui Archipelago in Myanmar. Normally a trip to this part of the world can be fairly confidently planned to avoid the monsoon or hot seasons to ensure the best diving conditions you can get from November till April. However, at the start of 2020, a climatological phenomenon known as the Indian Ocean dipole thwarted the plans of many divers in this part of the world. 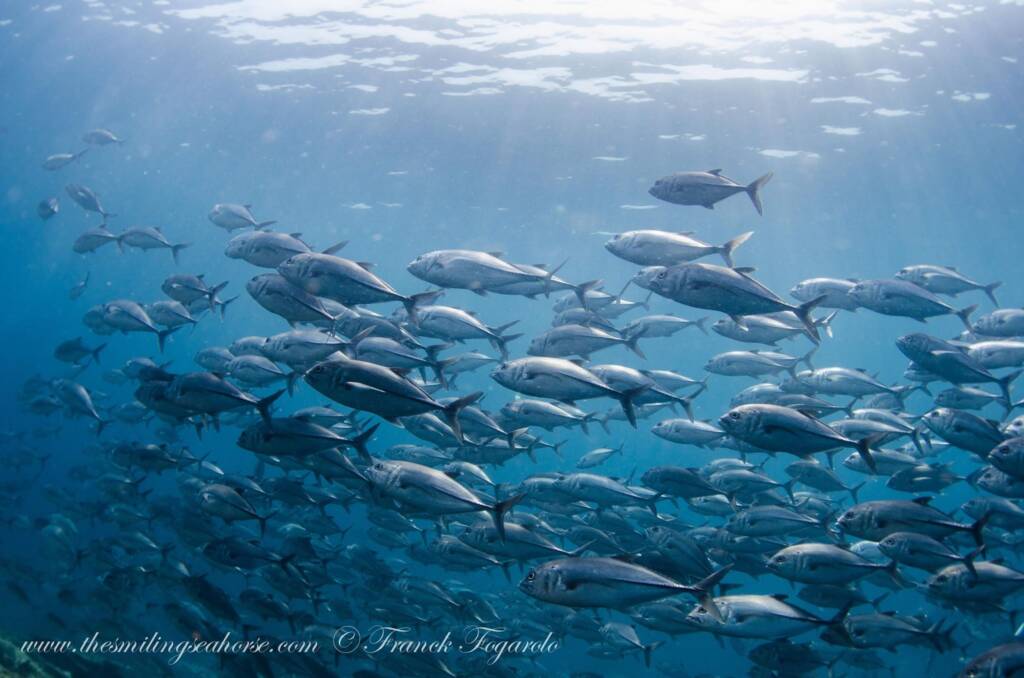 Nestled between Asia, Africa and Australia, the Indian Ocean undergoes annual changes in surface temperatures due to the dipole phenomenon. This oscillation, discovered in 1999 by climatology researchers, consists of 3 distinct alternative phases which are repeated every 3 to 5 years. These phases affect the weather systems of surrounding land and water bodies in different ways. Neutral phases carry warm water from the Pacific Ocean to Indonesia, while westerly winds along the equator keep it at relatively normal temperatures as it crosses tropical seas. The positive and negative phases tend to create a temperature gradient in the ocean. Thus, they affect surface temperatures and precipitation on either side of this vast body of water.

This year we experienced a particularly strong positive phase the likes of which hasn’t been seen for six decades! Westerly winds became weaker which caused a shift in those warm waters towards the western side of the ocean resulting in little rainfall and the rising of cold waters from the depths in the West coast of Thailand and Myanmar and surrounding seas. 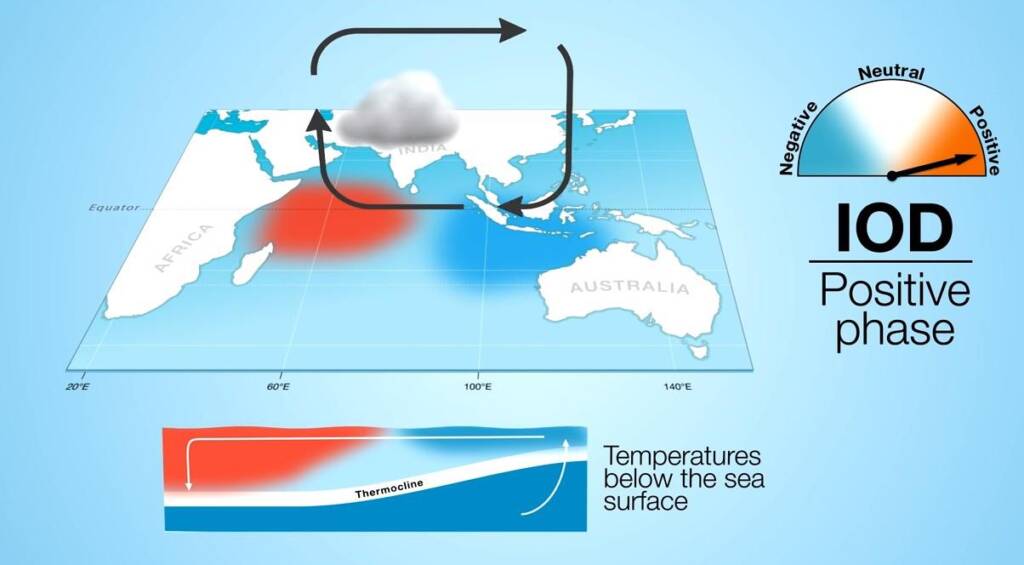 “We have never had such cold water in 9 years” says Franck Fogarolo, owner of The Smiling Seahorse, a diving expert in Myanmar (Burma) since 2012. With low temperatures reaching only 20 ° C on some dives, the guides even equipped the boat with additional shorties which they offered to divers in addition to their full wetsuits .

Although a bit cold, the cool water allowed divers this season to see some fairly special creature.The cold water brought a lot of nutrients to the shallow areas accessible to divers, attracting a lot of marine life not usually visible in the first 30 meters. "We saw more than 40 sea guitars (guitar lines) during a single Black Rock dive in March 2020," Franck told us enthusiastically 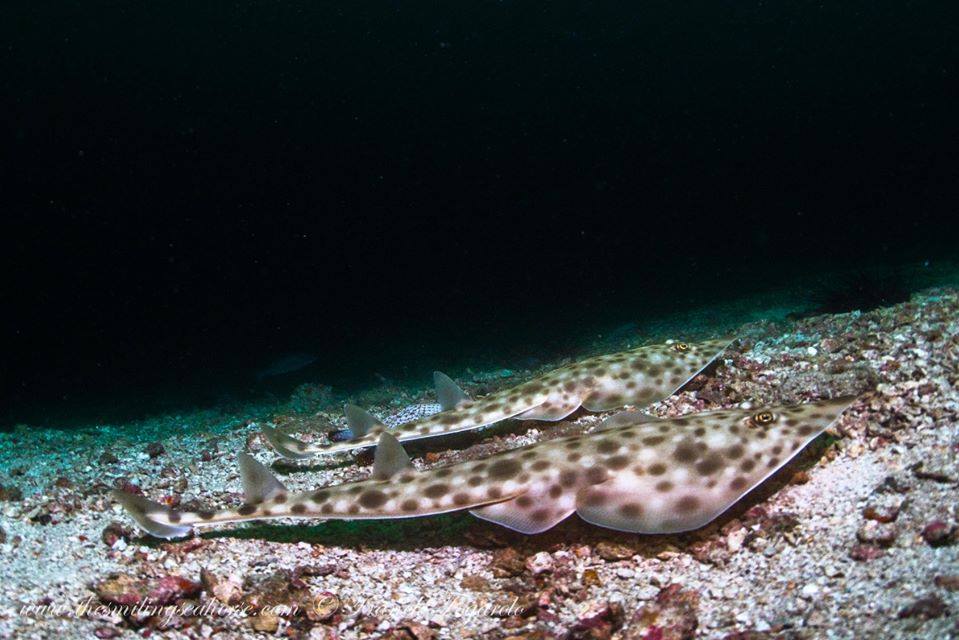 Last season, we had the chance to make original encounters such as a white tip reef shark, Guitarfish (otherwise known as the long-snout shovelnose ray) or sea dragons sea moths. (pegasus or pegasidae).. Although this season was not representative of the usual conditions of diving in the Mergui Archipelago we still had a great time and are looking forward to the return of better conditions for seasons to come. Experts say that in an average 30 years, the ocean would undergo around 4 of each positive and negative phases that have each a duration of about six months. The models also suggest that several consecutive positive phases could only occur twice every 4 years. This last season may have brought us rare conditions such as cold water, poor visibility and strong thermoclines, but we can now expect warm, clear waters for the next 6 years. 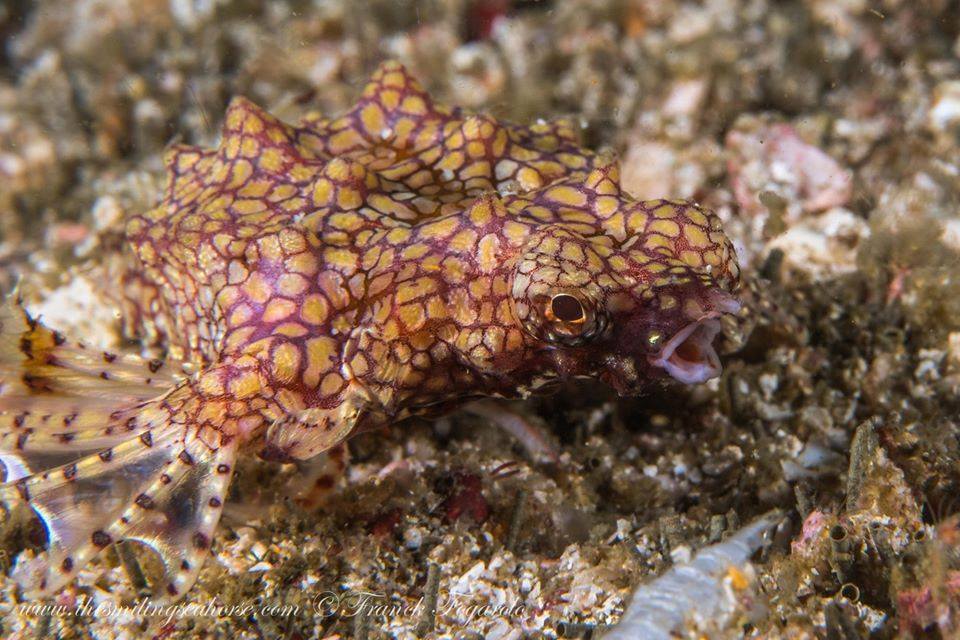 Information on the Mergui archipelago:

Located off the coast of Myanmar (Burma), the Mergui Archipelago consists of more than 800 islands, most of which are uninhabited, on a perimeter of more than 36 square meters. MV Smiling Seahorse, new cruise ship launched in November 2018, can lead up to 16 divers to some of the most unexplored dive sites in Southeast Asia. Little known to most travelers and explored by a privileged few since 1997, this paradise for divers is only accessible by boat. 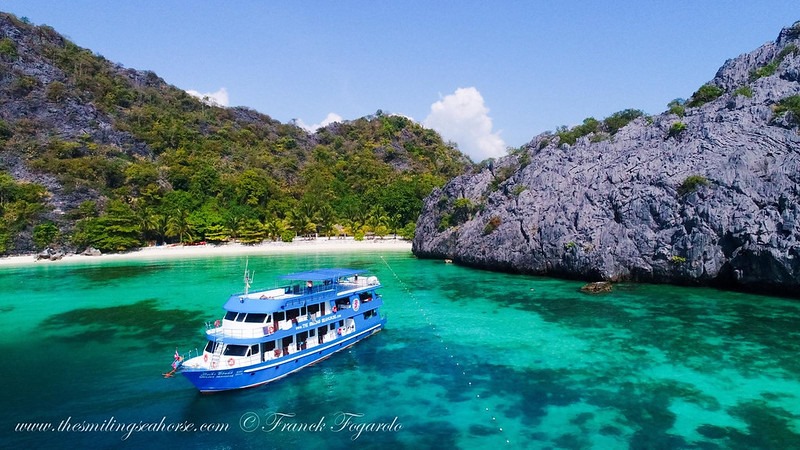 Camille and Franck Fogarolo live in Thailand. They have been offering diving cruises in the Myanmar region since 2012. With their team, between two cruises, they regularly write blogs on their site “The Smiling Seahorse“. This little-known destination is a must for diving in the region.