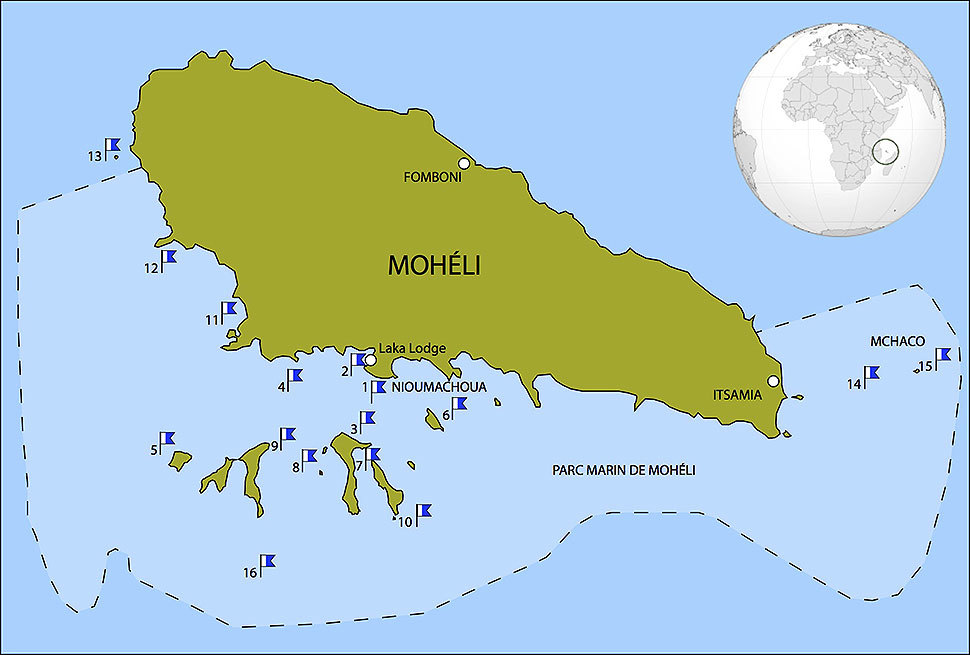 "Do you know anyone who has dived in Mohéli before?" In general, the answer to this question is negative because the island of Mohéli, little developed in terms of tourism, has only received a small number of divers. The vast area of ​​the Mohéli Marine Park, created in 2001, which covers the entire southern part of the island up to the 100 m isobath, has enormous potential for sites to be discovered ”…

The practice of apnea at great depths exposes freedivers to a phenomenon of narcosis, also called "intoxication of the depths". NARCOSE recounts the experience and the inner journey of the world freediving champion, Guillaume Néry, during a deep descent. The short film is inspired by his experience and the story of his hallucinations. Built around the alternation between the real and the imaginary, the film leads to the limits of the human and provides an understanding of the essential relationship that the athlete has with water, his inner world and perhaps even beyond. ... http://www.guillaumenery.fr/