[News] Sharkwave: A film with Jan Kounen and Steven Surina

A dream bubble during confinement:

In January 2019, during the diving fair appeared “the lord of the sea”The pilot episode of a promising shark series“ Legacy ”. If Patrick Metzlé, the producer, was happy with the pilot's release, it was not yet a “film” for him. This is now the case with the release of Sharkwave. If with this film the theme remains identical to the pilot, the narration and the rhythm of the film are completely different. Indeed, poetic elements and “emotional” sequences have been added to the narration and add real depth to the film. In this troubled and confining period this film is informative entertainment and a feast for the eyes. Curious to learn more, we contacted Patrick Metzlé for you to ask him a few questions. 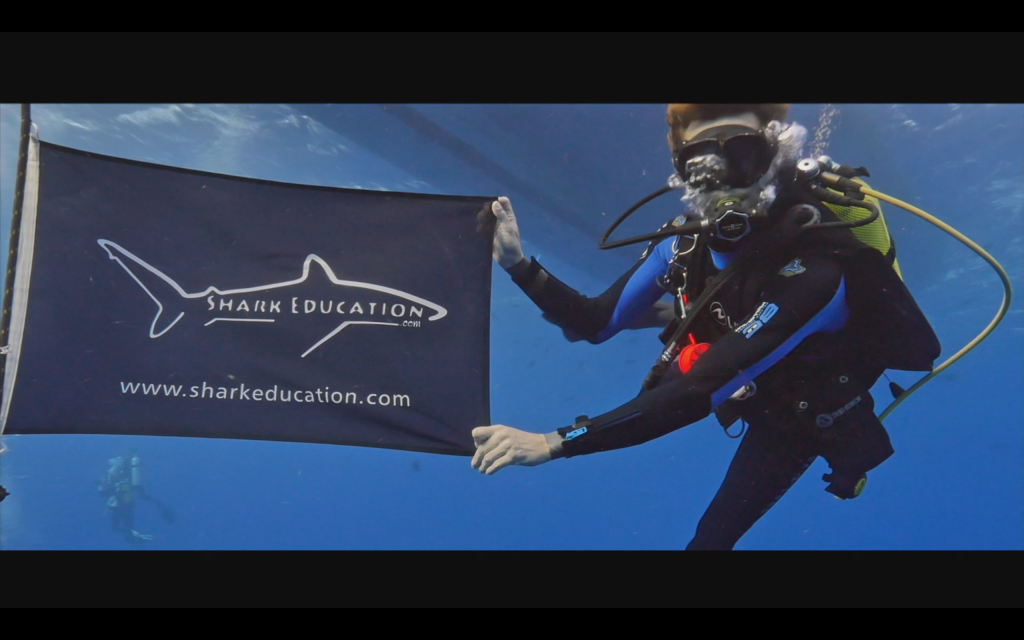 credit: legacy the lord of the sea

Hello Patrick Metzlé, you are the producer of Shark wave, can you tell us a little more about Sharkwave and the difference with Legacy released in 2019?

Legacy is a documentary series project of which “Le seigneur du large” is the pilot episode, a model in a way, we do not broadcast a model. Shark Wave is a unitary film resulting from the rushes of this pilot, a reassembly. It's another film, or rather a film in its own right.
It is a gift that I wanted to give to my team and to Jan Kounen who all participated in this project with heart and passion. The shooting was complicated in Egypt so I owed it to them to make a real film exist. To do so, I asked one of the co-directors Pierre-Etienne Larrous to rethink the film and we went into this reassembly.
I would also like to thank my team because we did this assembly in total telework during the confinement, each at home.
It was not easy and nothing would have been possible without their investment and once again their passion.
Muriel Sabaton in the editing, Julia Duchaussoy in the voice-over, Guillaume Lips in the calibration, Kinane Mouala in the sound mixing. 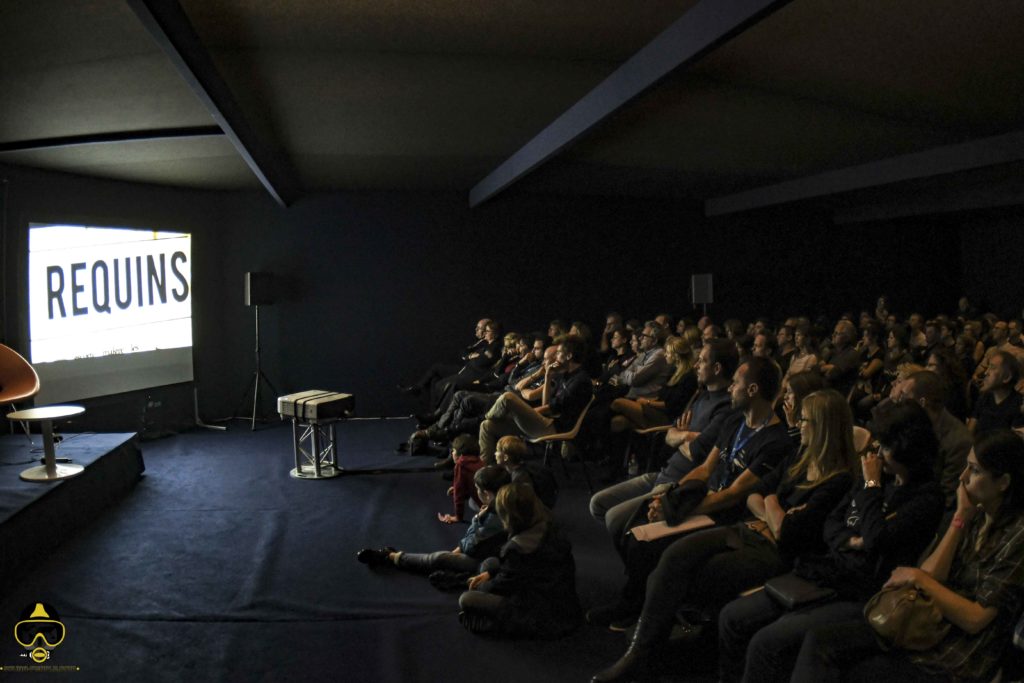 Sharkwave is available since April 6 free on Youtube, can you tell us more about this choice of broadcast?

When I entrusted this reassembly project to Pierre-Etienne, one of the specifications was that there would be no constraints in terms of duration. I could not therefore canvass channels without guaranteeing them a duration adapted to their boxes (52 or 90mn, 26mn rarer), so it could not exist elsewhere than on the Internet.
Anyway I had already invested in the pilot which will make its way for the LEGACY project so I did not put myself under pressure on a possible direct return on investment, if it can serve as a showcase to show our work around sharks and help set up our other projects then it will have been a good investment.
If in addition we can bring a little moment of escape and education on sharks to as many people as possible in this troubled time, then we will be more than happy. 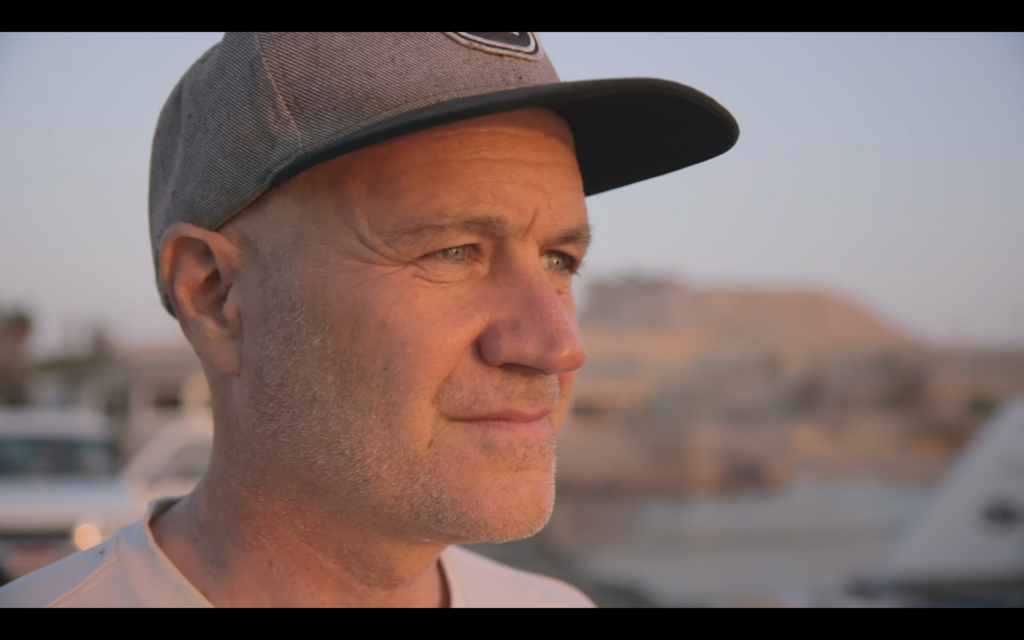 credit legacy, the lord of the sea

Sharkwave clearly has an educational vocation but also a message, can you tell us more about this message?

The message is clearly militant, it is by changing the image that people have of sharks that we will be able to change mentalities. This animal is critically endangered. Changing his image is (I hope) to help protect him. Who wouldn't be shocked if over 100 million dolphins were killed each year? why should it not be the same with sharks, an animal nevertheless essential to the marine ecosystem and therefore to ours.
Also it seems important to me to make known the extraordinary work that Steven Surina is doing with Shark Education for many years it has been done by itself and has worked hard empirically. It changes the way thousands of divers look at sharks all year round. He is the best person (in my opinion) to do it on a larger scale, beyond the rather small world of diving.

credit legacy the lord of the sea

Will Shark Wave be presented at festivals? Have you started thinking about episode 2?

Festivals are complicated at the moment, they are all canceled! But if of adventures it is selected then of course it will be with great pleasure. But the choice of free distribution on the Internet will close doors for us, because festivals generally prefer unreleased films, which have not yet been broadcast. We have made a choice between showing it to a few thousand festival-goers or to everyone on the internet. It would be the best price that we could receive if the film was seen by as many people as possible.LEGACY is a series project in medium or long term development, more difficult to put together than a unit, both in terms of budget and boxes. available on TV for this type of magazine / documentary format. If I have channels interested in the project, I still lack partners to reach the end. So at the moment I can't say more.
On the other hand, we are in the process, still with Steven and Pierre-Etienne, of setting up an intermediate project in a more classic 52mn documentary format. This one is much more likely to see the light of day in the short term, especially since we have a lot of images already shot. As soon as we can start traveling again, it can go quickly.
0 comment
2
Facebook Twitter Google + Pinterest

Dustin Adamson - Stay with us

[video] A shark swallowing a swordfish ...