It's winter, but a handful of European divers continue to submerge themselves again and again despite the cold temperatures that have enveloped the continent. They get out of the water and climb into the Zodiac, remove the hood of their dry suit to relieve the pressure in the neck a little and be able to speak freely with their companions, seated in the Zodiac which begins its return to the port. What does this mean for the ears? Cold water enters the ear canal, which is also exposed to cold air, wind, and sometimes rain. This is where the problems start. Maybe not after the first dive, but possibly at the end of a series or the weekend. Meanwhile, other divers find warm refuge in tropical destinations, where the ears are hardly any better off: water rich in plankton and algae, then the gentle sensation of the wind in the hair ... and in the ears! Even in this case, after a few days of diving, balance problems may appear and be accompanied by a feeling of full ears which becomes more and more intense, then hearing loss (muffled sounds), pain due to pressure or itching and tinnitus. Lost weeks of vacation? Not necessarily, if you know how to treat this annoying problem, and especially how to prevent it. We asked Dr Marta Frigo, ENT specialist and DAN Europe contact for this branch of medicine, to enlighten us on this subject. 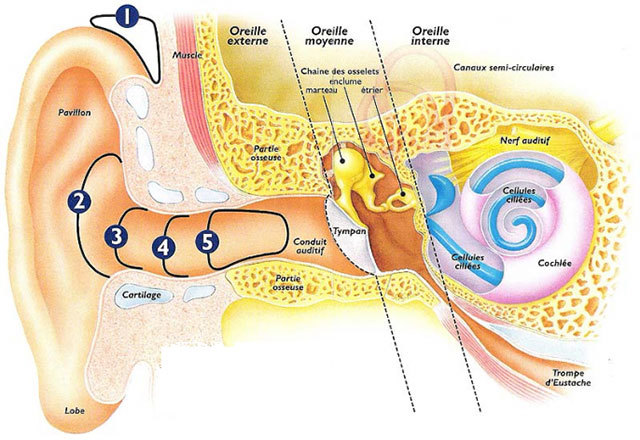 Dr Frigo, what is the cause of this problem that so often plagues divers?

We are talking about otitis externa, also known as swimmer's ear. This is an infection of the outer ear, which is made up of the pinna and the ear canal. The latter is the only cul-de-sac structure in the human body. It takes the form of a small pocket covered with warm, moist and dark skin: a perfect environment for the proliferation of microbes. Outer ear infection accounts for 20-25% of ear infections and peaks in summer. The categories at risk are people suffering from a predisposing condition and those who practice water sports. Let us add that 90% of the infections of the outer ear are bacterial (staphylococcus or Pseudomonas aeruginosa) while the remaining 10% are fungal (Candida or Aspergillus), even, in a few rare cases, viral.

How does the body defend itself against these bacteria, fungi or viruses?

Fortunately, the ear canal has special defenses: the production of earwax which coats the canal with a substance containing in particular lysozyme, an enzyme that inhibits the development of bacteria and fungi. Earwax, rich in lipids, is also hydrophobic (repels water), preventing water from penetrating the skin and causing maceration.

Does this problem affect divers more than other people?

After prolonged exposure to potentially contaminated or plankton-rich water, divers are five times more likely to develop an external ear infection than non-swimmers. On the other hand, the risk remains the same between divers and the followers of the snorkeling since the problem is not related to the hyperbarism (the pressure), but in contact with the water, in particular on the surface.

What factors can promote the development of otitis externa?

A distinction is made between external factors and individual factors. External factors are: hydration (frequent exposure to water, excessive sweating, high humidity), contamination of the water by bacteria, high temperature and humidity, mechanical / traumatic removal of earwax (eg, using cotton swabs), and the presence of foreign objects in the ear canal.

How can we treat her?

In case of fungal otitis, antifungal drops should be used and the ear should be rinsed with an acidifying solution.

If the infection spreads to surrounding tissues, taking oral fluoroquinolones and antifungals may be helpful.

What are the recommended prevention measures?

Prevention is the best way to approach the problem, because an infection of the outer ear means the interruption of dives and can therefore ruin a dive stay or cruise.

Prevention is fundamental for people with the risk factors mentioned above. First of all, it is necessary to observe a good hygiene of the ear canal, which involves the removal of any accumulation of earwax or dirt. Remember, however, that obsessive cleaning of the ear canal is not beneficial, and can even be counterproductive, given that frequent rubbing of the skin of the canal can cause micro-abrasions leaving a door open to bacteria. . Furthermore, earwax is not an accumulation of dirt coming from the outside, as some might think, but a substance secreted by the wax glands located in the ear canal and which protects the ear against the infections so feared. . It is only in the event of an earwax plug that it is necessary to go to an ENT to extract it.

Since localized factors such as dermatitis or psoriasis can lead to significant skin peeling as well as dry skin deprived of earwax, prevention consists of the application of otological oils to recreate the missing lipid film. Drops can be applied in the morning after or before dives or after swimming.

After exposure to sea or swimming pool water, it is advisable to clean the ear canals under running water, then to dry them gently (using toilet paper or a hair dryer set on the lowest level) to remove salt water or chlorine residues. Cotton swabs or similar items should never be used. Then it may be helpful to use drops to acidify and dry the external ear canal (3% boric alcohol, 5% acetic acid, and 85% isopropyl acid).

What do you think of using ventilated earplugs or masks with ear protection?

For people who are prone to ear infections and who dive frequently, such as professional dive guides or instructors, in addition to localized preventive treatment, it is recommended to use a mask with ear protectors (like the Proear). This completely covers the roof and the auditory canal, avoiding any contact with the water, while allowing to balance the ears thanks to the fine flexible tubes which connect the ear protectors to the tank of the mask.
With vented earplugs (with a hole / valve), water gradually seeps in, so that there is (albeit reduced) contact between the water and the skin. 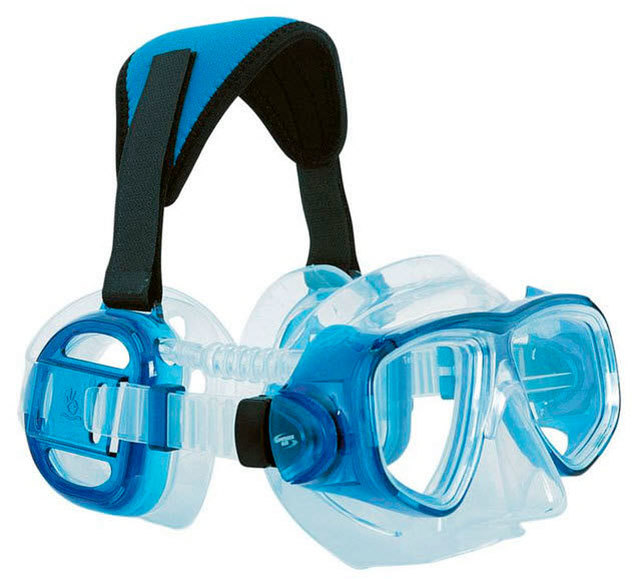 For any activity carried out only on the surface, such as snorkeling, earplugs or a tight hood are enough.

As all divers know, the ears have a big influence on diving, both in terms of balance and risk of infection, to the point of being able to prevent a diver from submerging. Simply follow the preventive measures that are necessary, and your ears will let you fully enjoy your weekend or your diving trip!

An accident too much !!!

Meeting: What are the security features ...

DIVING COULD HELP THE PEOPLE TOUCHED AT ...