Home banner Tubbataha, the jewel of the Philippines
bannerCruisesGreenland - with four paws to the iceberg!

The Seadoors an operator of choice:

Precursor in the Philippines, often copied but never equaled, the Seadoors offers the possibility of combining cruising and scuba diving. Regarding Tubbataha, the Seadoors, was the first French liveaboard to offer this legendary destination, one of the most beautiful in the world. With nearly 8 years of experience on Tubbataha, Pierlo Pablo and his team Seadoors know every corner of these reefs as well as their own pockets. Only sixteen boats are currently allowed to navigate this area. Among them, the Seadoors. It crosses over these waters during the only three-month period allowed for tourism in the Marine Park. 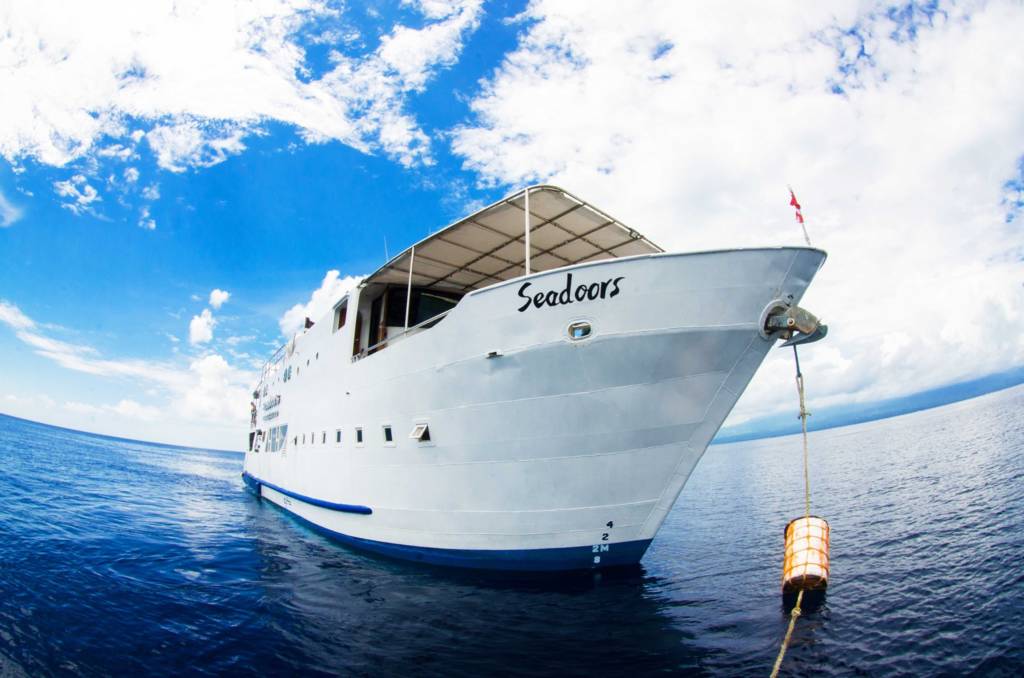 Some interesting history and facts on these atolls:

Tubbataha is an atoll where diving takes on the appearance of magical performances. So called by the nomadic tribes who populated these waters in the past, these unique reefs in the world, welcomed small fishing boats “the pangkos” which came to make miraculous catches. In Samal, the local dialect, Tubbataha means “long reef exposed at low tide”. For scuba diving specialists, this atoll nestled in the heart of the Philippines is simply exceptional. When you already know the quality of the dives in this part of the world, such a remote place leaves you dreaming.

Darwin explained the formation of these atypical islands. It is a process that spans thousands of years. Initially, there are volcanoes surrounded by corals, then, over time, the volcano eventually dies out and collapses on itself. All that remains then is the coral reef that surrounded it and which continues to grow, erasing the remains of the volcano and, possibly, leaving only this coral ring that we call an atoll.

During the 80s, fishermen motorized and, at the same time, many places became victims of overfishing. New destructive methods emerged such as fishing with dynamite and cyanide. But thanks to the actions of various collectives of divers and environmental associations, Corazon Aquino, president of the Philippines at the time, declared the zone a “protected marine park”, the very first in the Philippines. 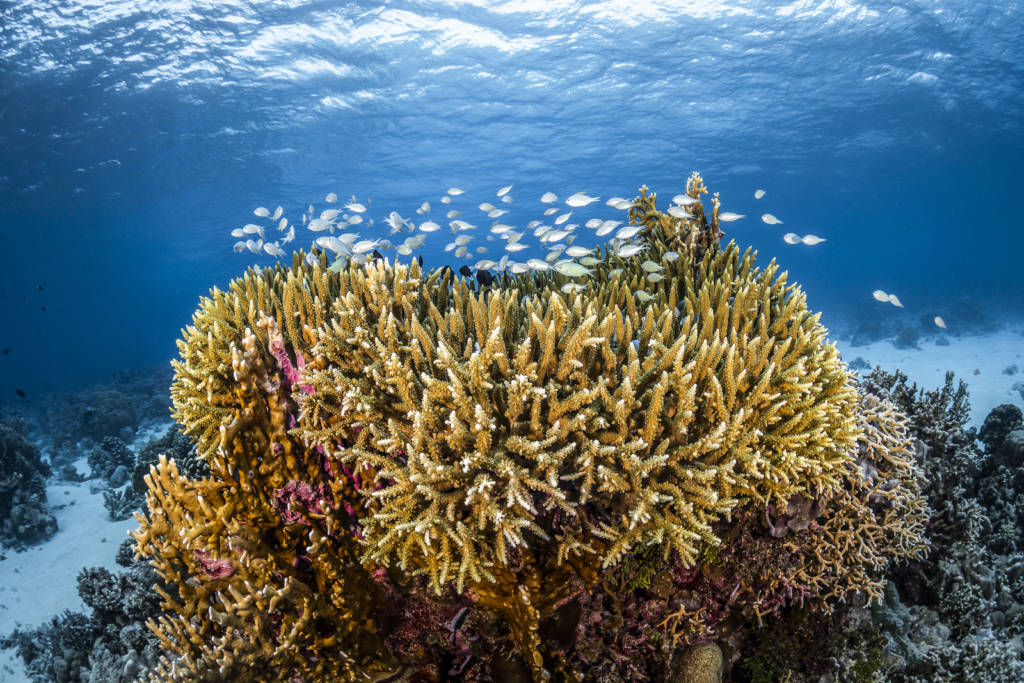 It is only in 1993 that the site was classified world heritage by theUnesco and recognized by this organization as one of the oldest ecosystems in the world, with preserved reefs and the richest biodiversity. Unesco recognizes the conservation efforts made in Tubbataha and the site regularly as an example, both in terms of its management and its specificity. It is true that in Tubbataha, six hundred different species of fish are present, including thirteen sharks, and three hundred and sixty different species of corals, representing, by themselves, almost 75% of the existing total. With such flora and fauna it is hard to be bored. Covering an area of ​​97 hectares, this marine park is also classified by Ramsar, an organization that recognizes this atoll as the one with the most complete bio-diversity in corals. We strongly recommend that you visit their website to learn more.

The Rangers of the Marine Park;

The Tubbataha Park would not have become what it is today without the conservation efforts of its rangers who watch and protect the area. They are also supervised by Superintendent Angelique Songco. Nicknamed Mama Rangers by her friends and relatives, with airs of Sandra Bessudo in Malepello, she is one of the few women in the world to manage a marine park. When Mama Rangers made her first dive in Tubbataha, in 1981, it was love at first sight. She took up her duties as super-steward of the park in 2001. For eighteen years, she has fulfilled the heavy missions related to planning, protection, research, education and tourism as well as community relations. In short, it is not easy, she does not hesitate to indicate that this responsibility requires her to spend nearly nine months behind a computer screen to be entitled to a few minutes of pleasure underwater. . It must be admitted that the work is titanic to cover an area of ​​this size. But the fruit of his labor is his best reward, Tubbataha is a gem. 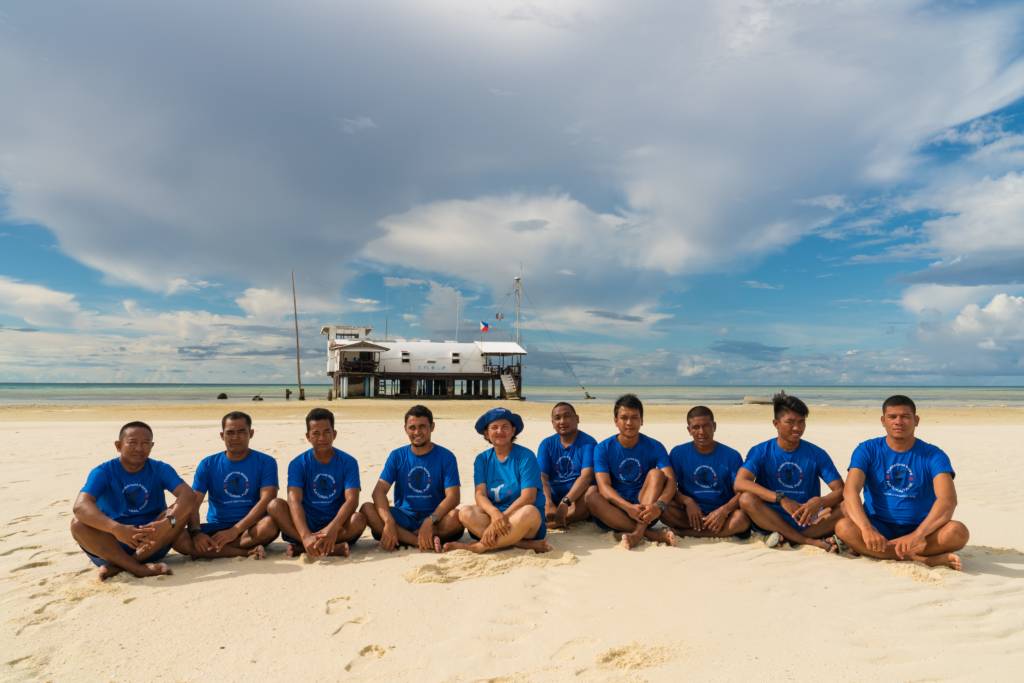 These precious atolls, divided into three islets, offer many diving sites. Before the boat arrives, the rangers make a presentation of the site, supported by video. In particular, you can find a video with mama rangers which explains, among other things, that this area is a “No Take” area. The designation “No Take” designates an area prohibited to fishing but which also prohibits any taking of any kind.

Is Tubbataha really that incredible?

For this assignment Greg Lecoeur went on site to make beautiful shots. He was guided by Pierlo Pablo who frequented the place since 2011. 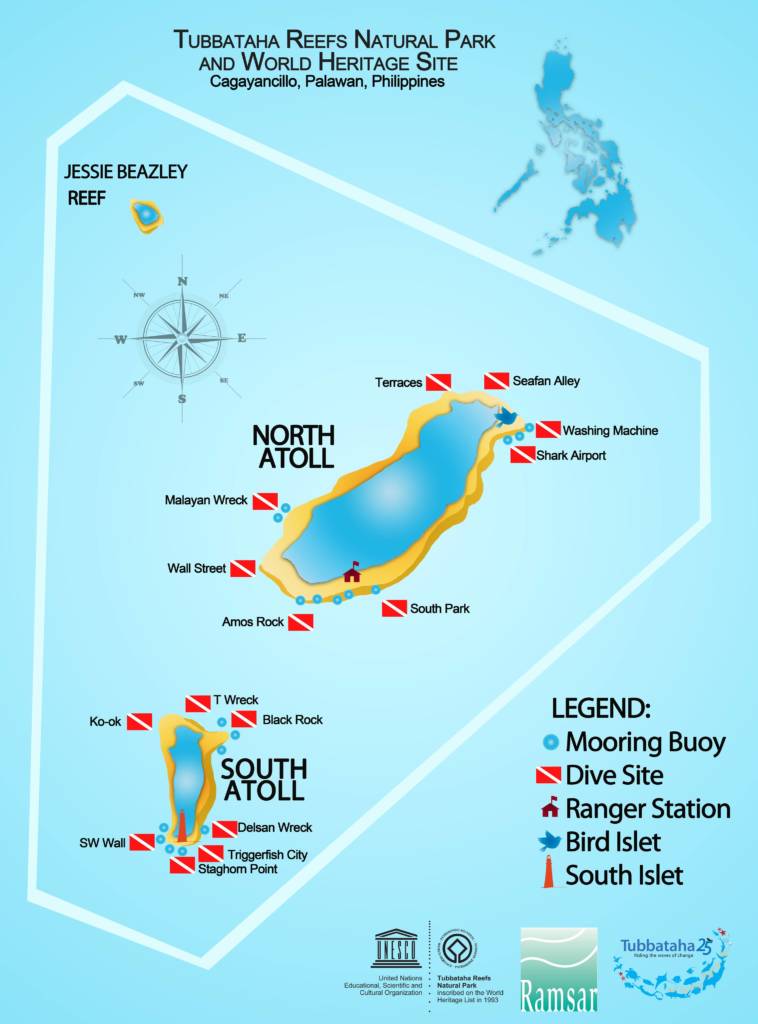 map of the marine parks of tubbataha

Stays on Tubbataha usually begin with a dive on Jessy Beazley Reef. This small reef is not an atoll strictly speaking, but was added as protection to the marine park a few years after its creation. This site serves as a check dive. On the first day, you can discover a lot of different species. On the program, the observation of the very present and not very fierce silky shark, the coral shark, the barracuda, and, more rarely, a possible encounter with a large school of hammerhead sharks. 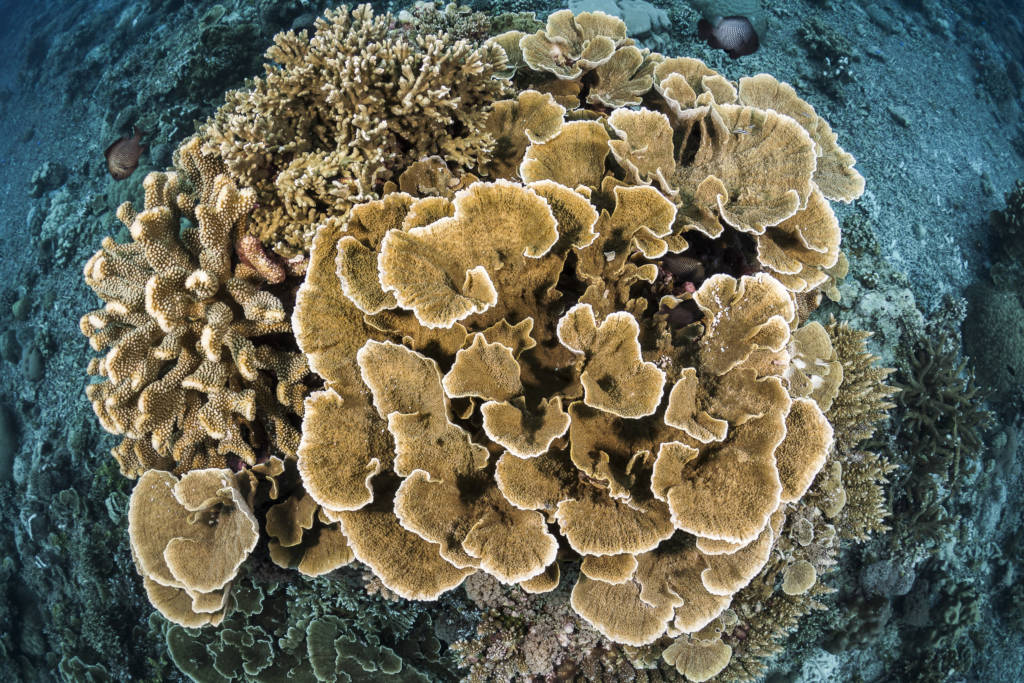 Jessy Beazley is a haven of life. When you dip your fins, you can not imagine that the best is yet to come. Indeed the next stop is on the north atoll of Tubbataha. This Atoll, the largest of the two, has many sites to see.

Some Dive sites on the North Atoll:

Malayan wreck, southwest of the North Atoll, is the wreck of a cargo plane stranded at the water's edge, where you can see gray sharks and sometimes hammerhead sharks. But the main interest of this site remains, undoubtedly, the night diving. In the evening the site is stormed by a squad of parrotfish looking for shelter for the night, this is a real opportunity to approach and observe them. 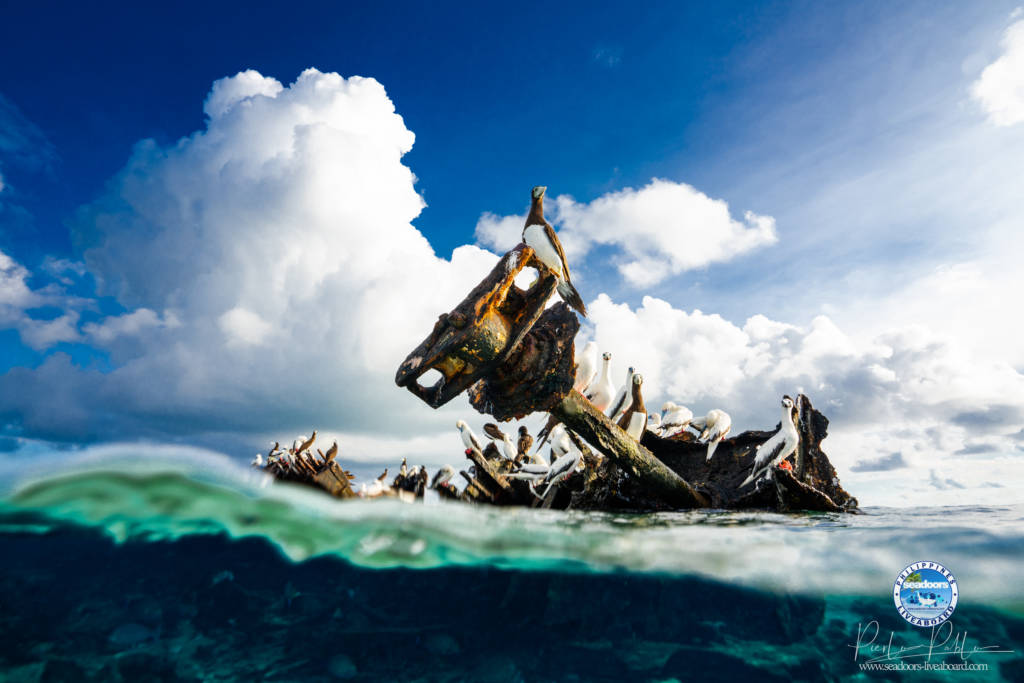 Seafan Alley is a garden filled with seafans with denise seahorses. This site has the particularity of sheltering very large schools of silky sharks and sweet lips who come to swim near the atoll. 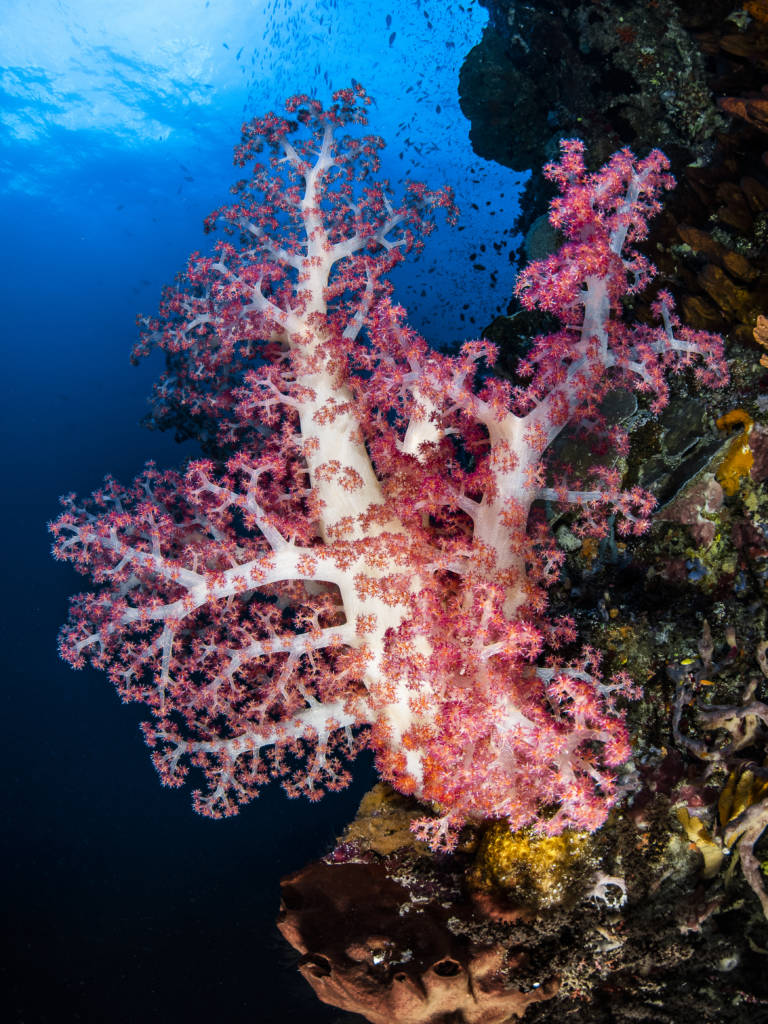 Shark airport is described by Pierlo Pablo as one of the most beautiful sites in the world. You can expect to find every specie you can imangine here (doesn't that sound good ?). This site is usually the last spot to be visited and concludes the cruise in magnificence. You can see eagle rays, tiger sharks, hammerhead sharks, giant groupers, big shoals of trevallies and porcupine rays. This site has a large concentration of coral sharks resting on the bottom and surrounded by coral potatoes covered with soft corals, a real fireworks of colors and abundant with life. 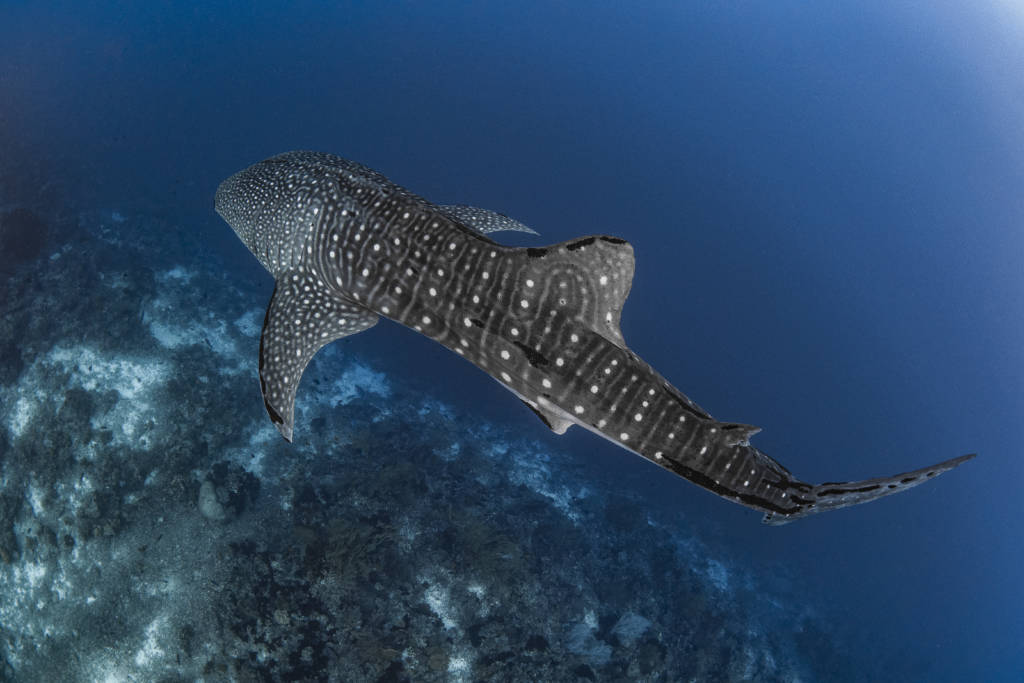 Some sites on the south atoll:

Delsan wreck is an amazing experience. You can see up to four or five whale sharks at the same time as well as tiger sharks, which is always a pleasure. Delsan rock is a one of a kind dive, there is a wall with a small crack and a small cave that is 25-30m deep. On the tip of the reef trevallies can be seen everywhere, as well as gray sharks coming for their daily clean-up. On last season this spot was the one on with the most life was present and was bursting with pelagics. This place was so beautiful this year that guests requested to go back three or four times in the same day. Interestingly, several schools of juvenile black tip sharks have been observed, their presence in large numbers is a true indicator of the exceptional and unique character of Tubbataha, but also a proof of the excellent health of the atoll. 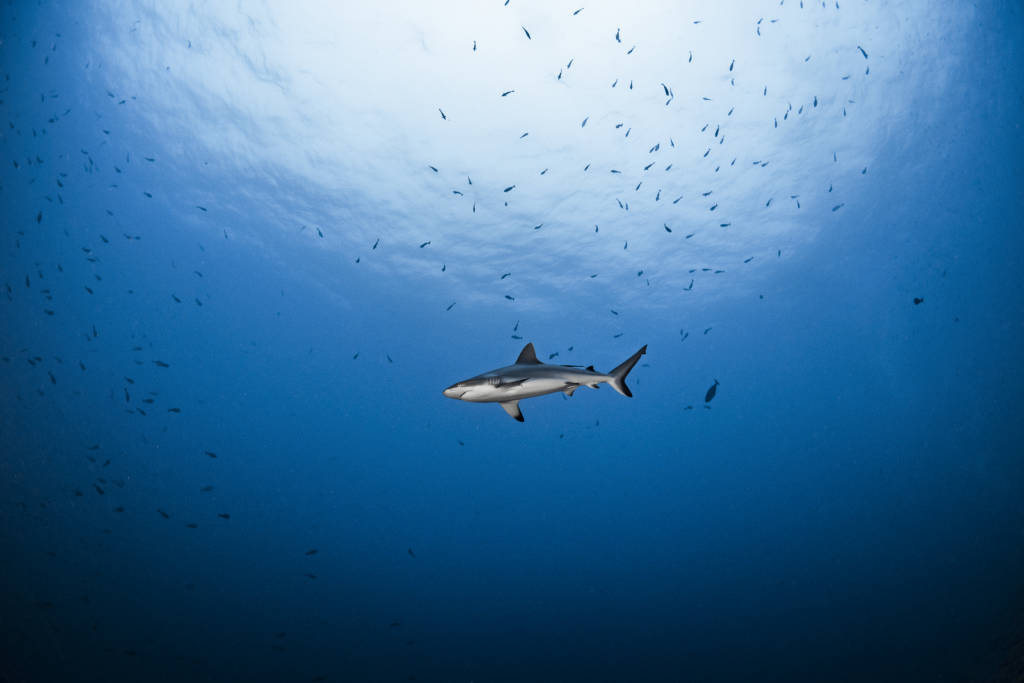 Staghorn Point, as its name suggests, is a site with many acropora corals, branched corals and many green turtles. You can also find nurse sharks, jacks and whale sharks. 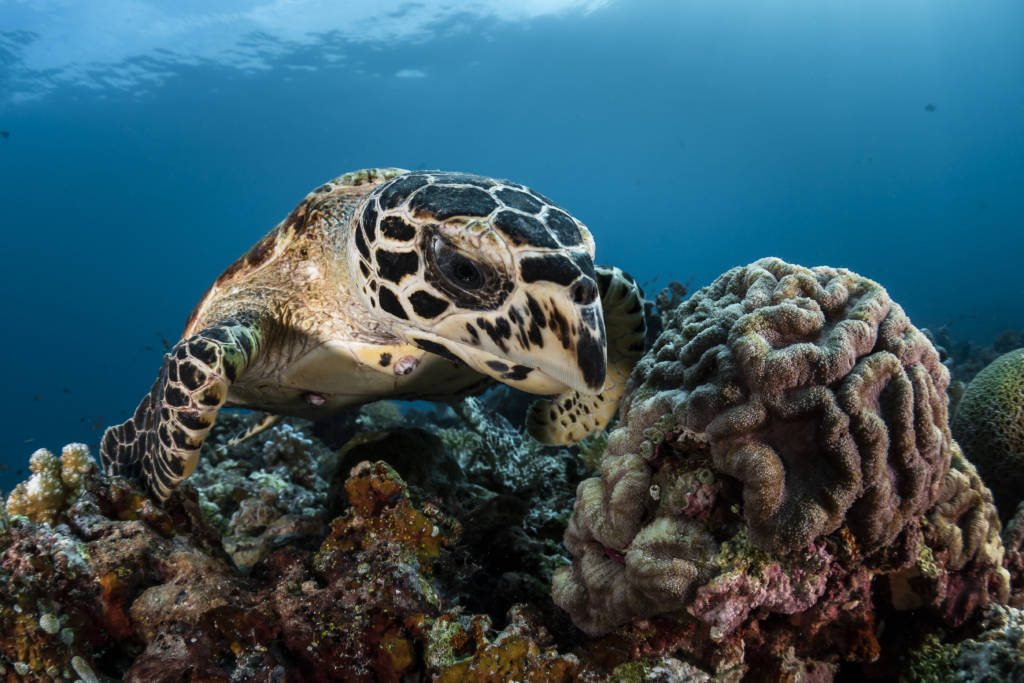 Ko Ok has the characteristic of being full of soft corals and beautiful big schools of trevallies are swimming right above the surface . This site has an incredible visibility and yet a particular light creates an almost mystical ambiance to this location. On the plateau, at low depth, humpback parrot fish can be seen as well as large groupers, napoleons wrasse and many triggerfish. 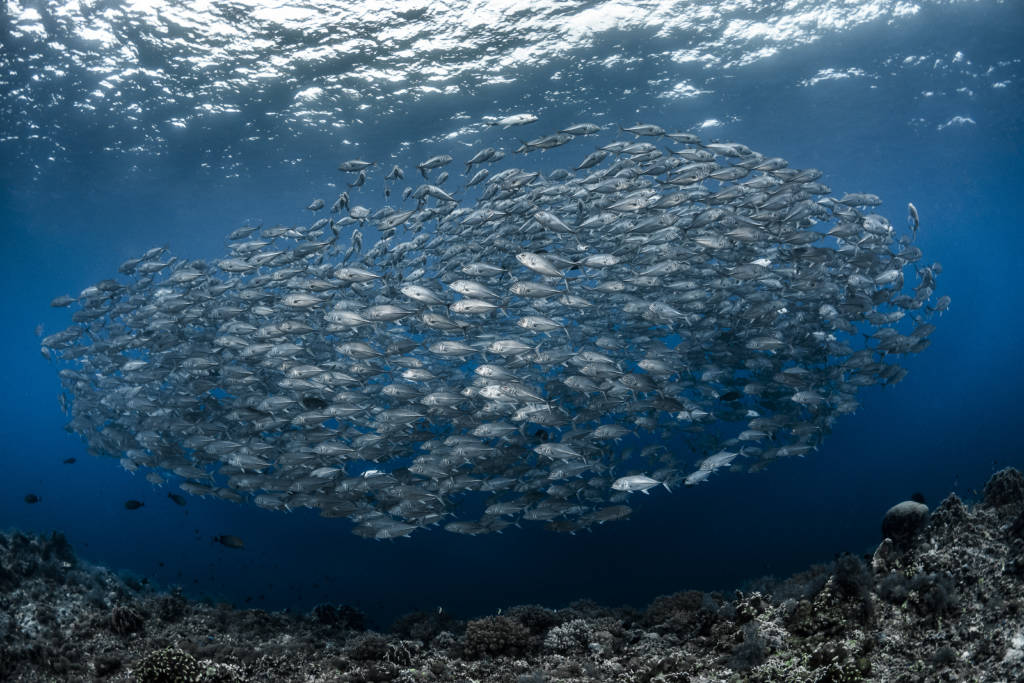 At the end of the cruise, the Seadoors lands on one of the beaches and organizes a barbecue with an outdoor film projection. A very nice set-up, it feels a little like being a cast away, and one can easily imagine to be in the film of the same title, but with the bonus of comfort, of course. 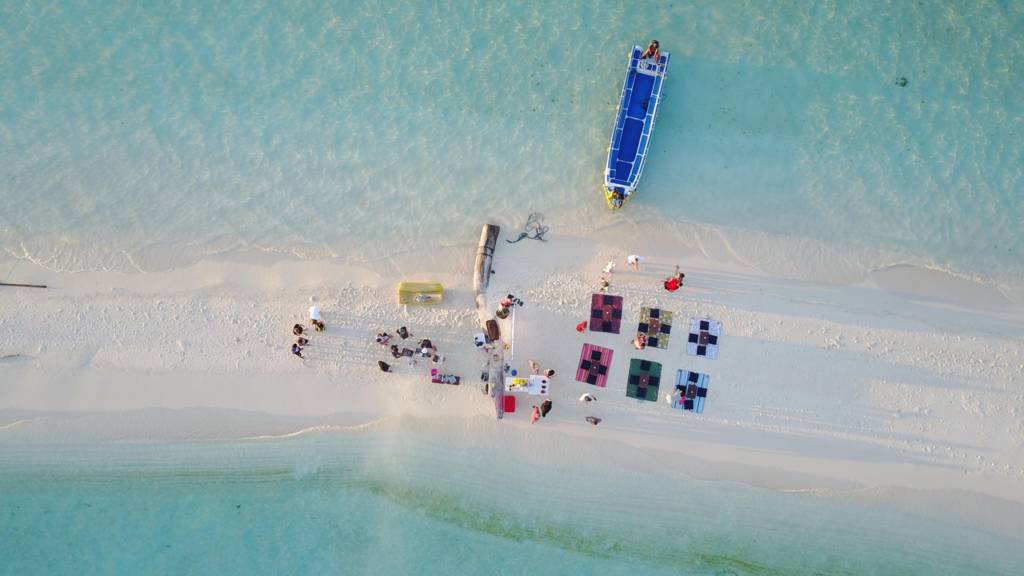 We asked Greg Lecoeur a few questions after his travel to Tubbataha:

Why is Tubbataha, for you,a unique place?

This place is isolated and difficult to access during a very short period of the year. Therefore, if we compare it to other sites, the number of boats is limited. This particularity allows to keep this place in its original state. It's a bit like a time machine, you can see the Philippines as it was 50 years ago. To my knowledge, it is also the destination where I have been able to observe the most varieties of coral per square meter. In any case one thing is certain you can see everything in Tubbataha. 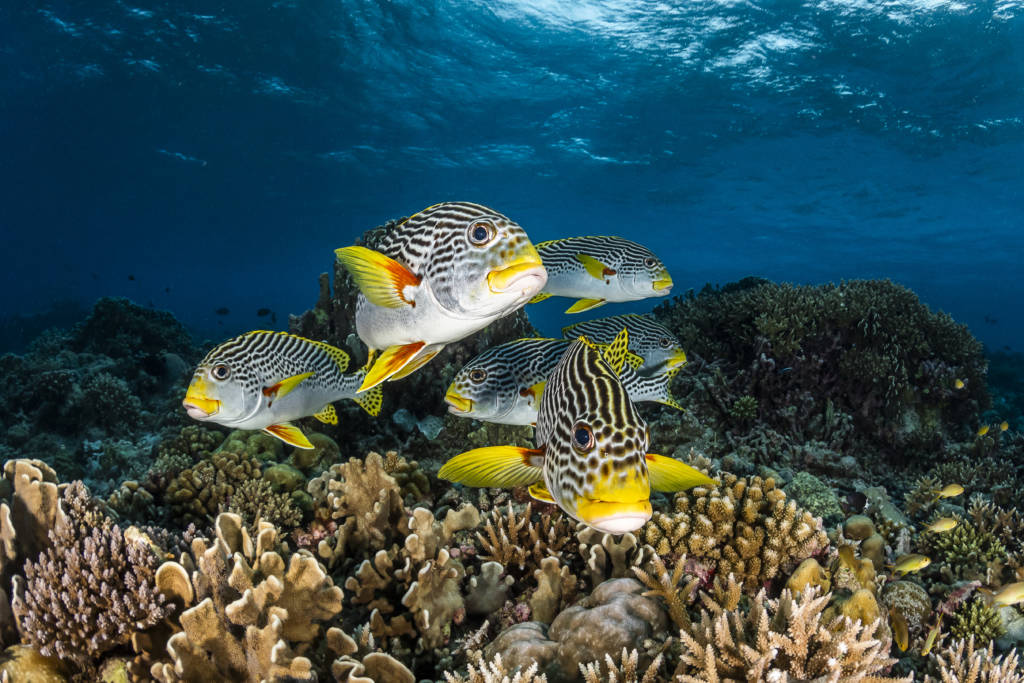 What do you think of Tubbataha as a protected area?

This is an excellent example of park management. It is also regularly cited as an example by many organizations. There are still some things that can be improved. It seems to me that it would be a good thing not only to regulate the number of boats that frequent the site, but also the number of divers that evolve there. This would drastically reduce the impact of human activity on the fauna and flora. For the future, the protection of the oceans will necessarily go through the establishment of protected areas, I hope to see more like this develop in the Philippines. 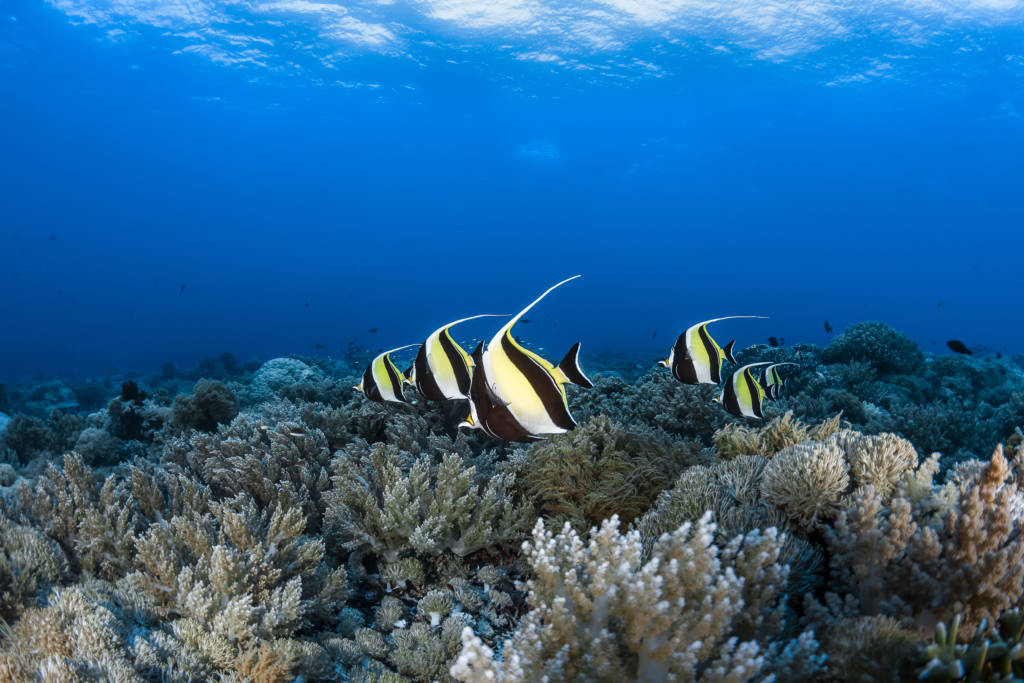 Can you describe your experience aboard the Seadoors?

The Seadoors is a ship offering excellent value for money on its outings. Pierlo and his entire team listen to customers. If customers agree, they do not hesitate to change the schedule to revisit certain sites. The logistics are very well organized, everything is square and the boat is very well equipped with very good comfort. Special mention to the cook! The guides are very familiar with the sites and the wildlife in particular. An essential operation if you are visiting the Philippines. 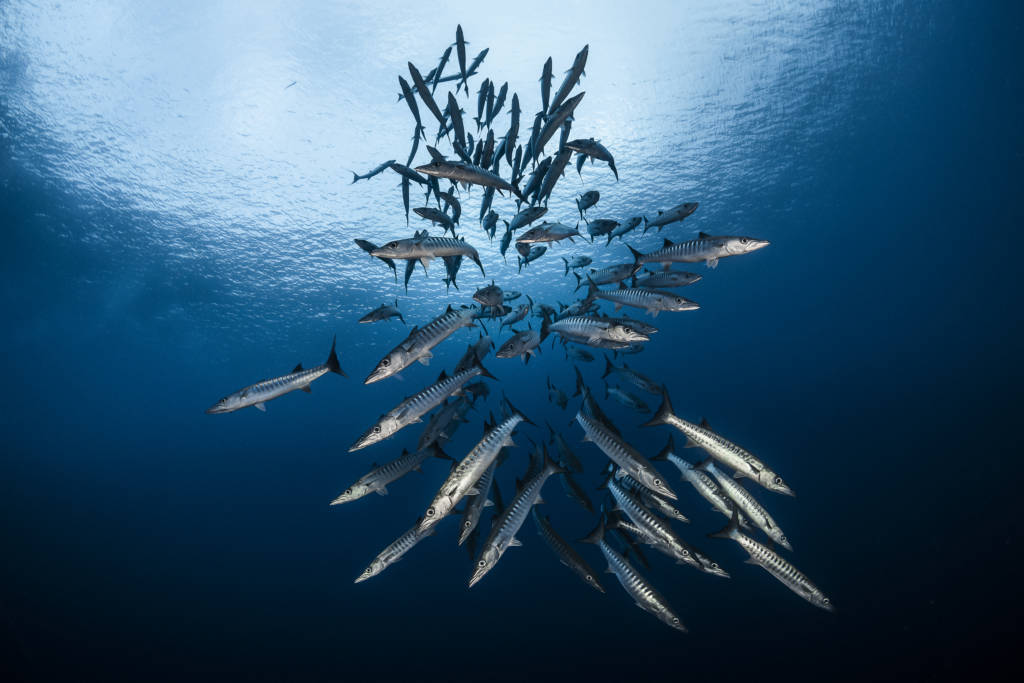 Super report! Too bad I can not as before publish it on my forum: https: /www.leschroniquesdeBidfoly.com

hello thank you i hope you would also like the one on wakatobi. to share noemmally no worries just copy paste the link