If you are told Port-Cros, you answer Gabinière! But 50 years after its creation, the waters of the oldest Marine National Park in Europe are home to many other riches. From the submarine path to the hydraulic dune of Montrémian, from the battalions of corbs to the flights of eagle rays, the smallest of the Golden Islands remains a must in the diaries of the Mediterranean diver.

When it was created in 1963, the Port-Cros National Park was the first protected underwater area in Europe. It has 1288 hectares of marine surface, and 700 hectares of land surface. On land and at sea, it is home to many protected species, and must constantly strike a balance between tourist visits and maximum protection. And the underwater trail, the oldest on our coast, created in 1979, perfectly illustrates this point: located in a small shallow bay, the Bay of La Palud, its aim is to introduce the public, adults and children , a perfectly preserved Mediterranean marine environment.

The site was not chosen at random: protected from the prevailing winds, bordered by a fine sandy beach which facilitates access, bounded by the Rascas rock, the bay of La Palud is a miniature Mediterranean. Most of the biotopes can be found there, without anything having been developed or moved: the natural diversity of the bay was sufficient, bringing together over a few hundred square meters almost all of the Mediterranean coastal environments: a posidonia herbarium , illuminated rocks, faults, sandy bottoms…. Only human intervention, the panels which give the public all the necessary information. Under each buoy, submerged brochures present the most common species and provide information to the visitor. There, it is a posidonia herbarium, where green wrasse, wrasse and starfish nest. A little further, there is a fault in the rock, where anemones, small sponges and gobies shelter. Elsewhere, it is a sandy bottom, from which sometimes only a pair of eyes emerge, motionless periscopes of a sleepy lizardfish.

And in addition to its general richness, and the presence of large media groupers, the underwater park brings together, in a tiny perimeter, three peculiarities that are found nowhere else in Europe: a barrier reef, a coralline sidewalk, and a hydraulic dune. It would be a shame to approach the island without knowing it, and if the sidewalk and the reef are not dive sites, you can however ask the center that welcomes you to organize an outing to Montrémian. 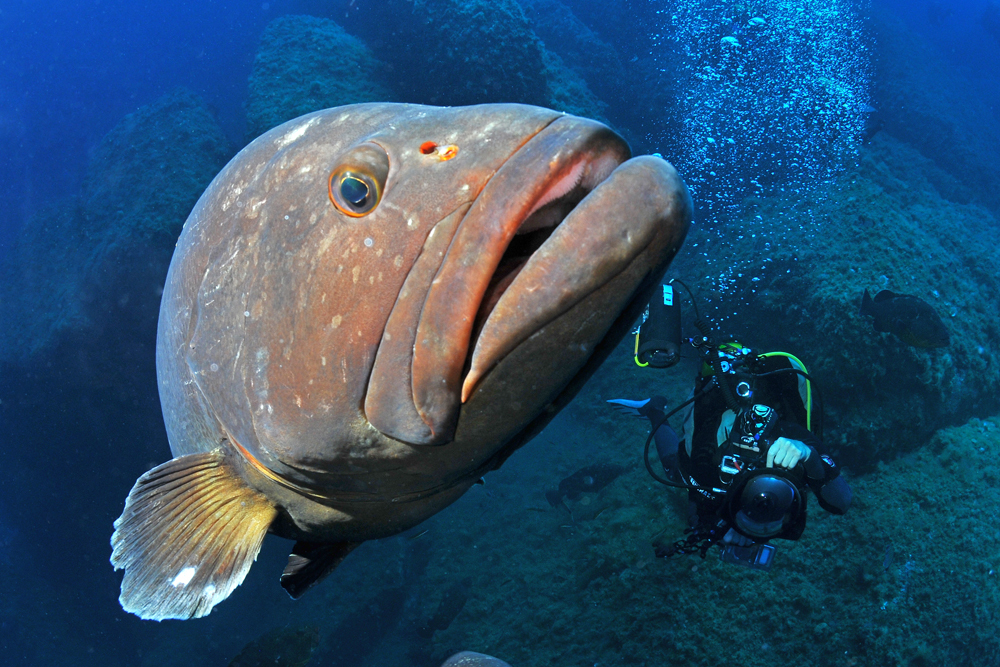 This extraordinary natural formation is a real sand dune, whose slope exceeds the 45 degrees! It seems completely absurd that she manages to stay in place and does not collapse on the bottom, but a game of updrafts allows it to maintain its full height. Backed by the island of Bagaud, it is near a rocky outcrop with extraordinary biological richness: in fact, are found on a few tens of square meters a number of extremely varied biotopes, where one crosses as well sponges , rock lobster, nudibranchs, rock fish, seagrass, gorgonians and sand inhabitants: if you take the trouble to climb the dune a few inches from the ground, your nose in the sand, which looks like a clear desert by far comes alive. We discover flat fish like the amazing platophrys, worms, shells, all kinds of animals that live buried, often leaving only a pair of eyes or a plume. 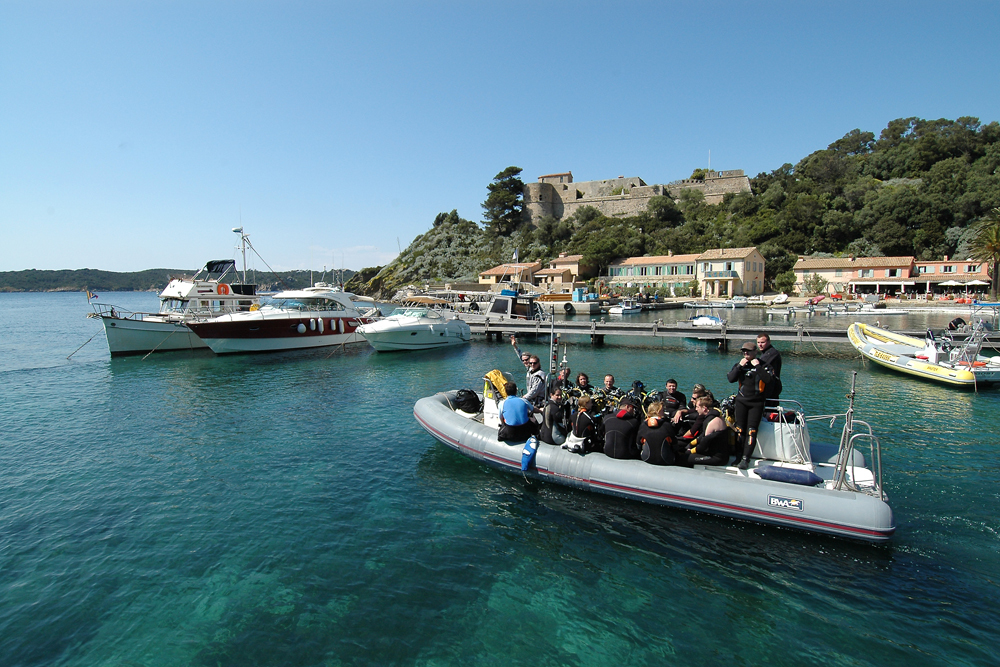 The port of the island, probably named because of this "hollow port", deep cove that has always offered shelter to sailors, is marked by a feature that is rarely found in the Mediterranean: a reef posidonia barriers. The herbarium, everywhere, seeks to gain ground towards the light. He crawls, tries to get out of the water, leaning permanently on the matte to gain height. And in Port-Cros, in the harbor, a fringing reef has formed, as we are more accustomed to seeing with the coral constructions. On the land side, where the renewal of water is no longer done, lack of sufficient movement, the herbarium dies, and it forms a kind of lagoon with still waters, warmer than outside the reef, but also sure poorer because poorly oxygenated. The reef, unable to crawl further to the coast, then continues to unfold to the open sea. And it is in Port-Cros, in the fifties, that the phenomenon of formation of posidonia barrier reefs was studied for the first time. 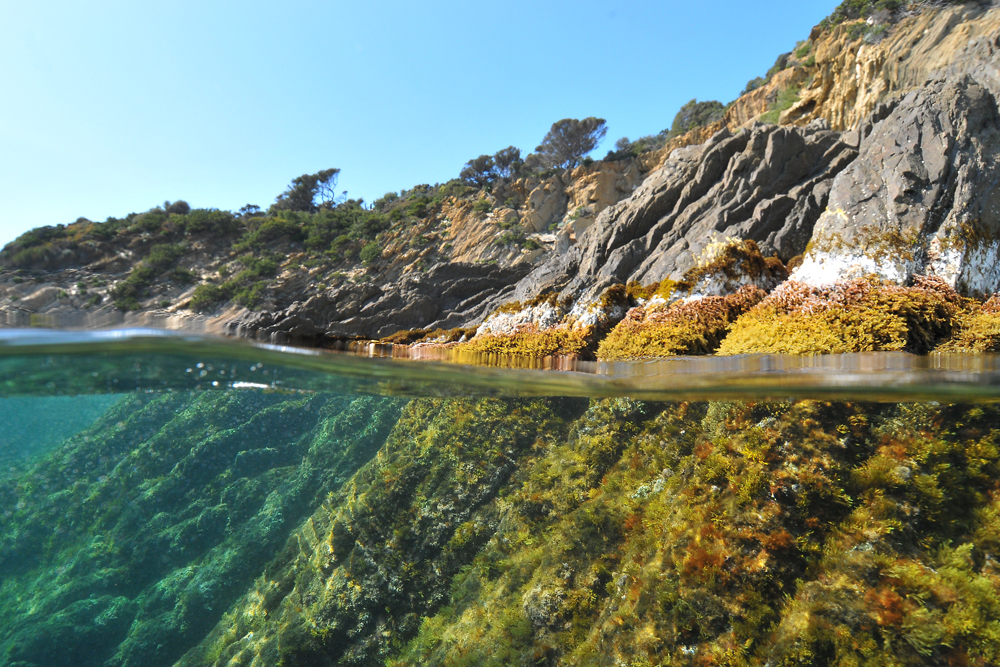 One of the other peculiarities of the island is the limestone sidewalk of the Gabinière. Made up of a single small microscopic algae, it is a veritable limestone sidewalk that eventually forms at the exact spot where the water is exposed. Large in some places of more than one meter, this stone-solid plant construction becomes for the scientists a place of privileged study. It serves as shelter for many species that benefit from its overhang. These species, called sciaphiles, prefer shade to light, but must live very close to the surface. But this construction, this very fragile balance, despite the protective measures, is threatened, and is already declining in some places. It seems that the general pollution of the waters is at the origin. This is at least what emerges from research conducted to try to understand what makes the site fragile. 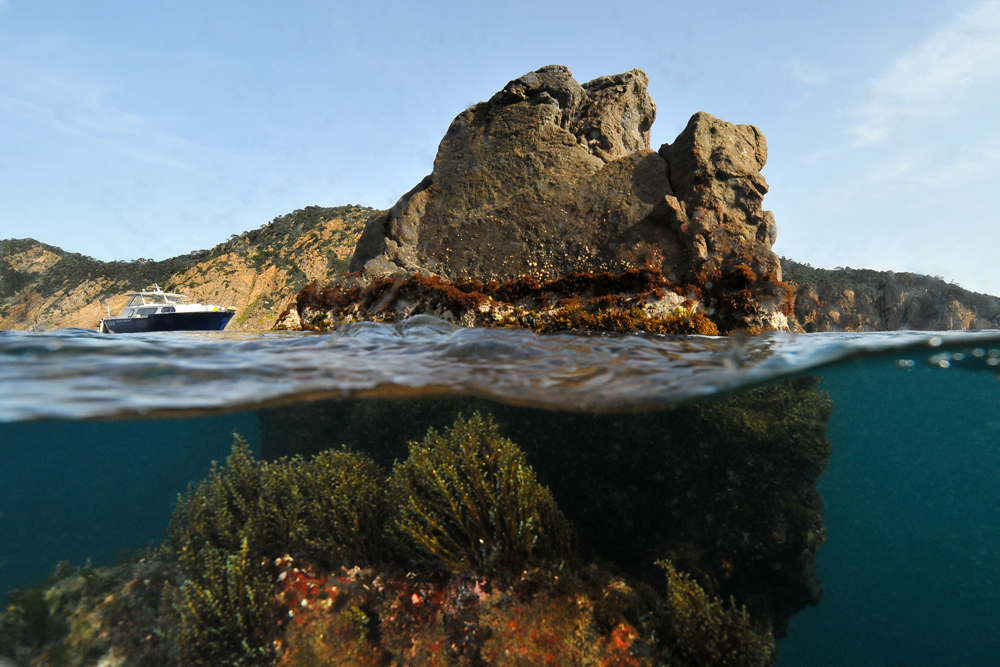 AT THE POINT OF SANCTUARY PELAGOS

And Port-Cros is also the tip of the Pelagos sanctuary: in 1999, France, Monaco and Italy signed a treaty for the protection of marine mammals in the Ligurian Sea triangle. For the first time, several countries have succeeded in taking animal protection measures together. In this way, they undertake to ensure the conservation of cetaceans and to better manage this vast maritime space (84000 km2). The Ligurian Sea is an essential component: very specific climatic and hydrological conditions make it an area rich in plankton, which explains why a multitude of dolphins and whales, attracted to this underwater Eden, come to stay there. And in Port-Cros, on the coast that opens out to sea, cetaceans are numerous, especially in the fall, when the flow of boaters dries up and gives them free access to coastal waters: fin whales, blue dolphins and whites, Risso's dolphins, whole troops sometimes cross the island's waters. 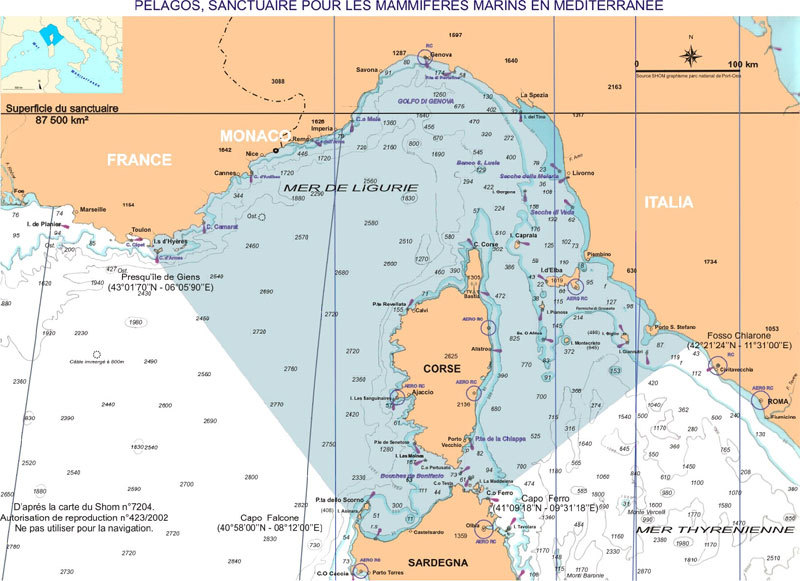 A BALANCE TO PRESERVE

Fifty years after its creation, the managers of the Park still manage to preserve the fragile balance: combining massive tourist traffic and maximum protection. By informing, by educating, by sometimes legislating, by taking management measures. As we mentioned in a previous issue, the local diving centers that have signed the Port-Cros water use charter are working in the same perspective. Show, and preserve. And the recipe works. 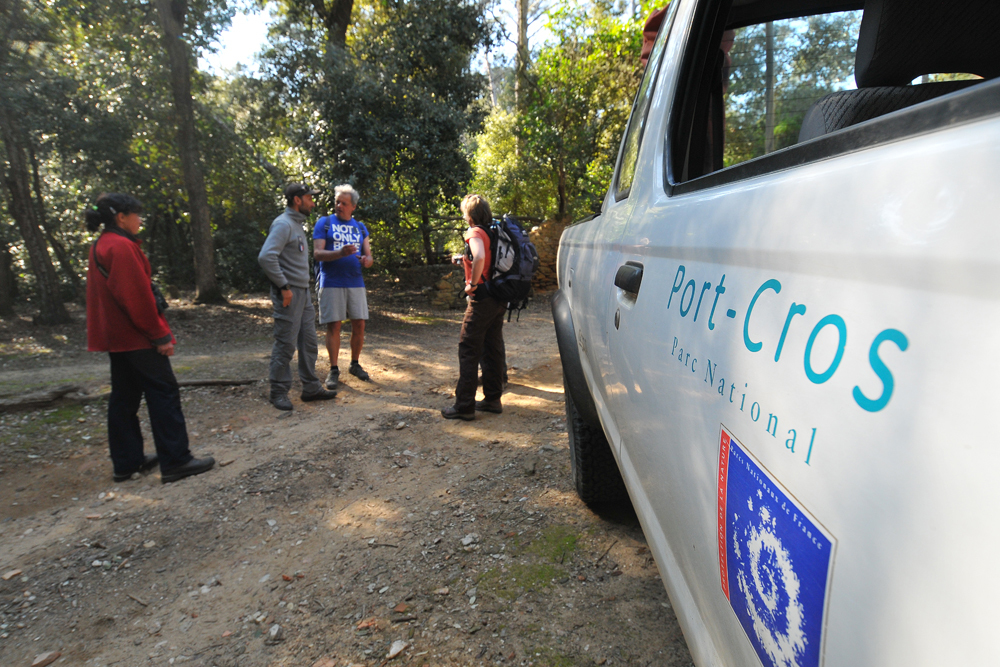 The Port-Cros guardsmen will be present at the diving fair to share their experience with you, through a permanent commented exhibition. They will make you discover the diversity of their field work, and the different facets of the Park's actions: "protect and conserve, know and understand, raise awareness and involve, for local and sustainable development".

VirtualDive will present at the show its new collaborative platform that allows clubs to collaborate on the editing of diving spots based on the geolocation of information and multimedia data (photos, videos ...) on a shared work area, based on on maps of Google Map. This platform comes from the European Digital Ocean research project, initiated by VirtualDive. Thanks to this collaborative work, it will be possible to recreate in a second time, the spot in 3D to allow divers and Internet users to make a virtual dive from the internet.

The first spot chosen is precisely the site of “La Gabinière” in Port-Cros: visitors will be able to see the participatory creation process live and possibly have fun testing the editing module. The geo-positioned information collected via the platform will be used to enrich the future 3D virtual visit of the spot that VirtualDive will carry out for the 50st anniversary of the Marine Park in 2013. This virtual tour will be accessible on the Park's website as well as in Dolphyn consoles (see below).

The animation, permanent, will be provided by Alain DINIS, on the stand VirtualDive / SubOceana (B35).

ANIMATION IN THE BASIN WITH THE CONSOLE DOLPHYN

As every year since 4 years, VirtualDive will animate the pool with an interactive aqua console, the Dolphyn. The animations will take place 2 times a day, during dive baptisms. The Dolphyn allows people doing their baptism in the basin to discover the seabed through a multisensory dive combining underwater immersion with audiovisual immersion. Dolphyn comes from the European Digital Ocean research project initiated by VirtualDive.

This year, the Dolphyn will offer visitors the opportunity to dive virtually on the spot of “La Gabinière” in Port-Cros in partnership with the Marine Park, GMF and the CG83. For these partners, the Dolphyn is also a real tool for accessibility to the region's seabed for people with disabilities. On the occasion of its 50st anniversary, the Marine Park will be equipped in 2013 with consoles which will be used in the swimming pools of the region to allow people who do not dive (schools, people with reduced mobility…) to discover the seabed of “La Gabinière” in a multimedia way and multi-sensory (in virtual and aquatic immersion).

Diving with the bulldog shark